Pedro Caixinha doesn’t know if Rangers squad is behind him

Pedro Caixinha admits he won’t know for certain if he’s in charge of a divided Rangers squad – until he sees them in action against Hamilton on Friday night.

The under-fire Ibrox boss, who says he’s willing to ‘die’ defending his ideas about the game, faces fresh scrutiny following revelations about a heated team meeting in the wake of Saturday’s dispiriting 2-0 home loss to Celtic.

The Portuguese coach, who is alleged to have lambasted Scottish players for not doing more to make him, his staff and a swathe of foreign summer signings feel more welcome, insisted the leaking of confidential information was ‘good’ for him. 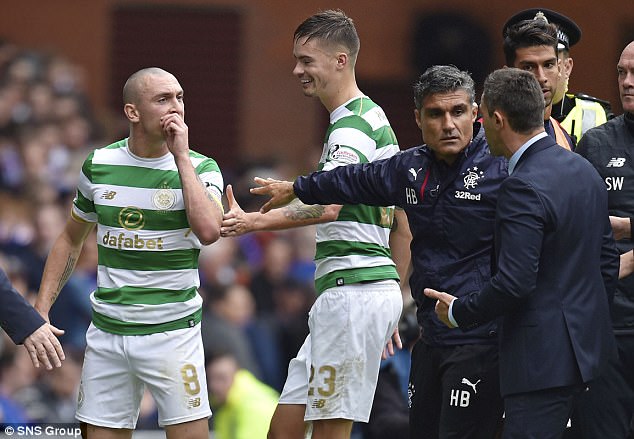 Asked if he thought the squad was united behind him, Caixinha said: ‘Totally – but you will need to ask me that after Friday.

‘Because if you feel that reaction, the reaction we want, we will have our answer on Friday.

‘We were going to see who is in favour of this vision, of this process – and who is against it.

‘So the reaction, I tell you we’ve trained very well, the boys have shown a very good reaction in training – but the reaction I want is on Friday.’

Caixinha is reported to have attacked home-based players over their failure to make newcomers more welcome at the club.

His outburst in Monday’s post-Old Firm analysis session, held at the Auchenhowie training complex, is believed to have left a number of players stunned. 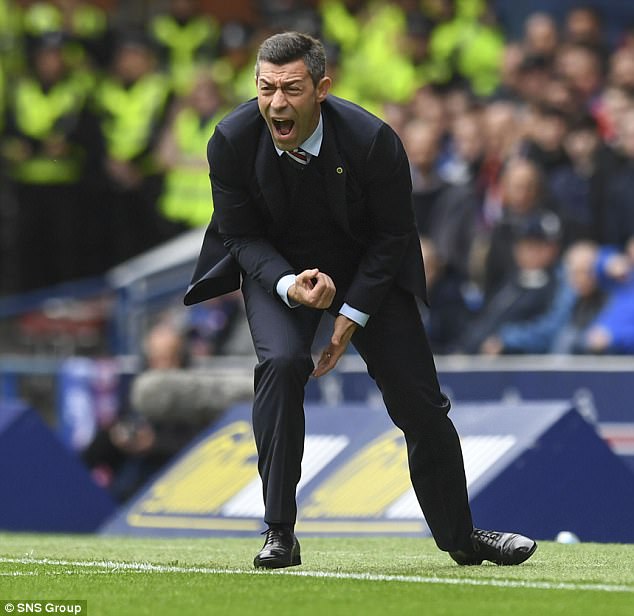 During the meeting, Caixinha allegedly lambasted Graham Dorrans for handing Kenny Miller the captain’s armband when the veteran striker replaced Carlos Pena in the second half at Ibrox, claiming the midfielder had shown a lack of respect by not consulting with the coaching staff before making that decision.

Asked outright on Wednesday if he felt there were players not fully behind his course of action, the former Al-Gharafa boss – who replaced Mark Warburton as Rangers head coach six months ago – admitted: ‘I don’t know. I don’t know.

‘But, when you go with one group of friends to Las Vegas and you know you are going to party and just enjoy the party, nobody is going to know about the party, then one of your friends says to his wife – to your wife and the other wives – what happens, that means the sentence is not valid any more.’

Caixinha also defended the fitness of Pena and denied that he had taken him off against Celtic because he was struggling to keep up with the pace of the game. 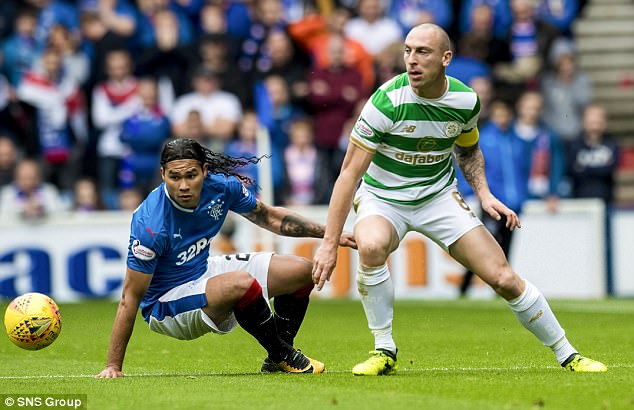 The Ibrox boss had admitted at the start of the season that it may take a bit of time for the Mexican to get used to the demands of the Scottish Premiership. The 27-year-old was put on an individual training programme at the start of the season after a sluggish start to his Ibrox career and – although he appears to have made little progress – Caixinha denied reports that he criticised the player following the defeat.

‘I said that (he was struggling to reach the right fitness levels) about Carlos when we had the team picture at Ibrox, and I said Carlos would need to improve at that moment in time. I never said it after the match.

‘We know the type of player we have and the work that needs doing.’

However he added: ‘Decisions have nothing to do with fitness. I can show you the data that we have on a daily basis that is the total distance covered and the high intensity runs the players do.

‘I can tell you that for a long time, Carlos is in the top three of that list.’