Since she can’t get rid of the Capitol complex’s Confederate statues just yet, House Speaker Nancy Pelosi announced Thursday that she’s removing paintings of four House Speakers who sided with the south during the Civil War to mark Juneteenth.

‘We didn’t know about this until we were taking inventory of the statues and the curator told us that there were four paintings of speakers in the Capitol of the United States, four speakers who served the Confederacy,’ Pelosi explained during her Thursday press conference.

Congressional Democrats have made it a mission to rid Capitol Hill of the remaining vestiges of the Confederacy on the heels of George Floyd’s death and the subsequent ‘Black Lives Matter’ protests.

Legislation has been introduced in both chambers that would bar statues of those ‘who served voluntarily with the Confederate States of America’ to be on display as part of the Statuary Hall collection.

On Thursday, Sen. Cory Booker, a New Jersey Democrat – and one of only three black U.S. senators – and Senate Minority Leader Chuck Schumer tried to get the Senate bill passed by unanimous consent.

House Speaker Nancy Pelosi announced Thursday that she would be removing four paintings of former House speakers who sided with the Confederacy. The move would be made to mark Juneteenth 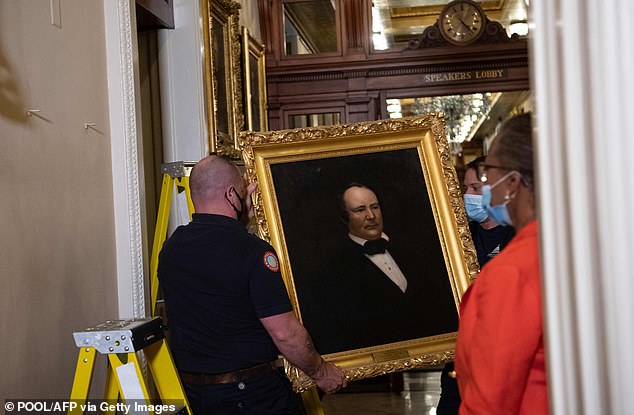 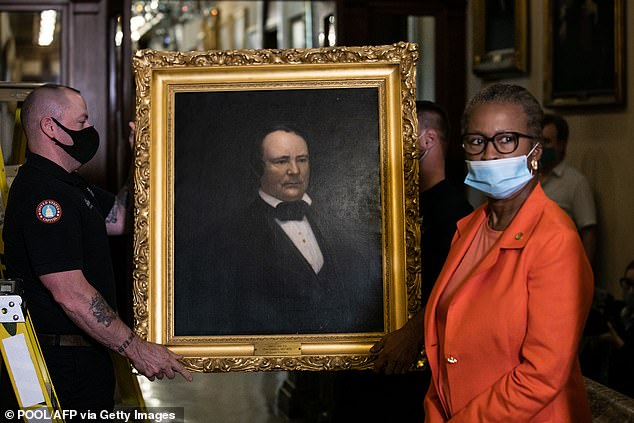 The portrait of former House Speaker James Orr of South Carolina was moved out of the Speaker lobby Thursday afternoon, hours after House Speaker Nancy Pelosi unveiled her latest plan to get rid of Confederate vestiges on Capitol Hill 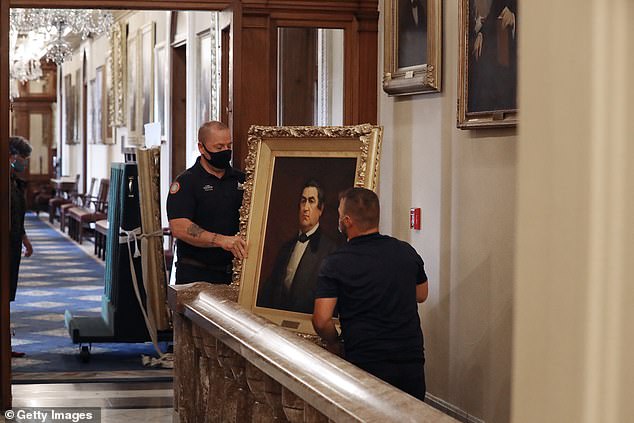 Workers from the Architect of the Capitol’s office are seen removing a portrait of House Speaker Robert Hunter of Virginia, who had served in his lifetime as a Confederate official 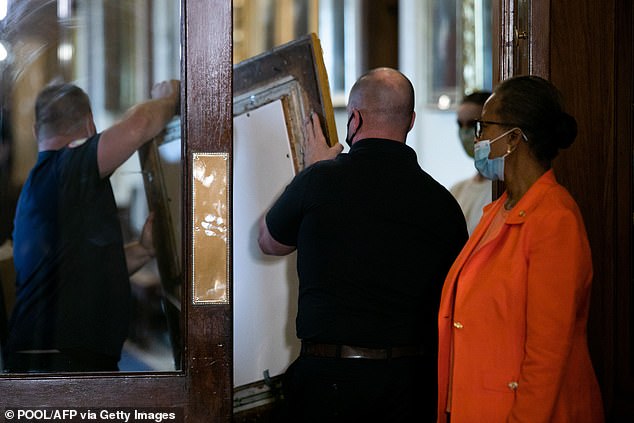 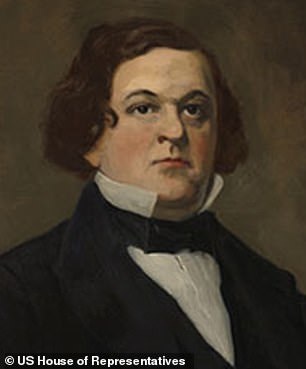 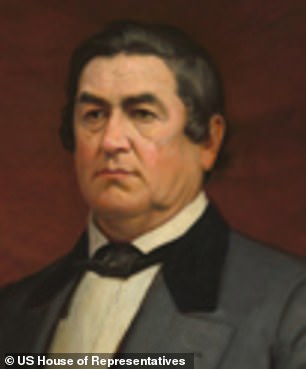 House Speaker Nancy Pelosi ordered portraits of House Speakers Howell Cobb of Georgia (left) and Robert Hunter of Virginia (right) to be taken down Thursday, a day before the Juneteenth holiday, marking the end of slavery 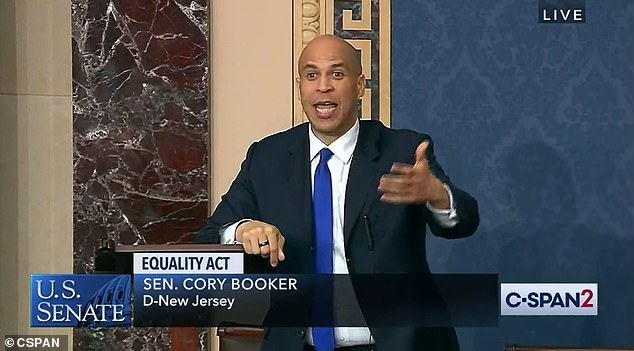 On the Senate side, Sen. Cory Booker tried to get a bill passed that would bar states from being able to display people who fought for the Confederacy as part of the two statues each state contributes to the Statuary Hall collection 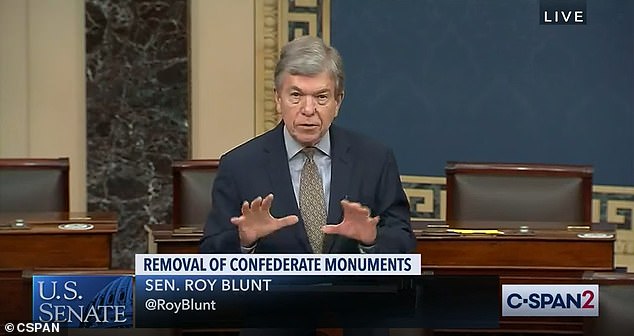 Sen. Roy Blunt, a Missouri Republican and the chair of the Joint Committee on the Library, objected to the move because he wanted to see the bill go through regular order. He said he was worried about violating agreements made with the states to display their statues

Blunt, a Missouri Republican, leads the Joint Committee on the Library, which oversees the Statuary Hall statue collection.

He said on the Senate floor he wanted to see the bill go through the normal Senate process.

Blunt said he wanted to determine whether to hold a hearing on the bill.

He also wanted to hear from the states, which are permitted through the pre-existing law to have two statues on display in the Capitol complex – and also remove them.

There are 11 statues in the current collection of men who are tied to the Confederacy. 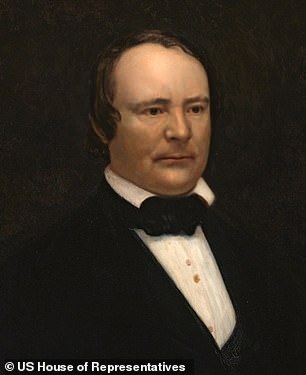 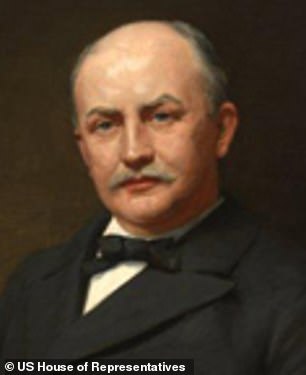 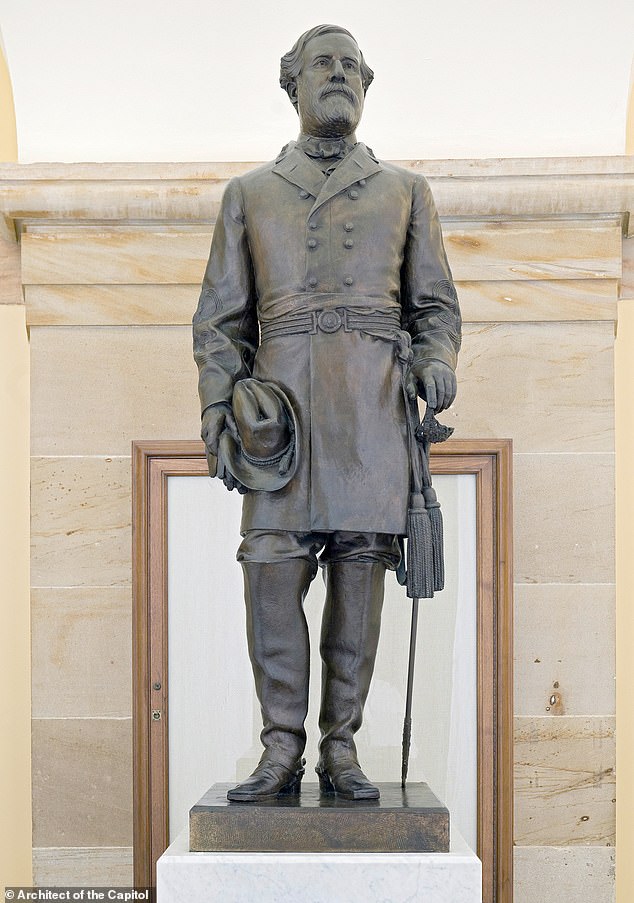 House Speaker Nancy Pelosi said last week that she had previously banished the statue of Robert E. Lee to the crypt of the Capitol Building

Pelosi also touched on being bound by agreements with the states when she first talked about removing Confederate statues last week.

‘Let me just say that when I was Speaker, I did do what I had the authority to do, which was to relegate Robert E. Lee to the crypt,’ Pelosi said, speaking of her time serving as speaker between 2007 and 2011. ‘I could move things around I couldn’t take them out, that requires something else.’

The paintings she’s getting rid of include portraits of former speakers Robert Hunter, Howell Cobb, James Orr and Charles Crisp.

Juneteenth marks the final end of slavery in the United States.

Senate Majority Leader Mitch McConnell said he was against the removal of statues when he spoke to reporters on Tuesday.

‘What I do think is clearly a bridge too far is this nonsense that we need to airbrush the Capitol and scrub out everybody from years ago who had any connection to slavery,’ McConnell said, according to Politico.