Pence dismisses suggestions of a link between Trump rhetoric and attacks

Vice President Mike Pence dismissed suggestions of a link between President Donald Trump’s fiery rhetoric and acts of violence that have taken place in recent days with pipe bombing attempts on prominent Americans and Saturday’s shooting at a synagogue in Pittsburgh.

‘Everyone has their own style and frankly people on both sides of the aisle use strong language about our political differences but I just don’t think you can connect it to threats or acts of violence,’ he told NBC News in an interview that aired Sunday.

‘The president and I have different styles but the president connected to the American people because he spoke plainly and he spoke the way he speaks about the issues of the day in politics,’ he noted. 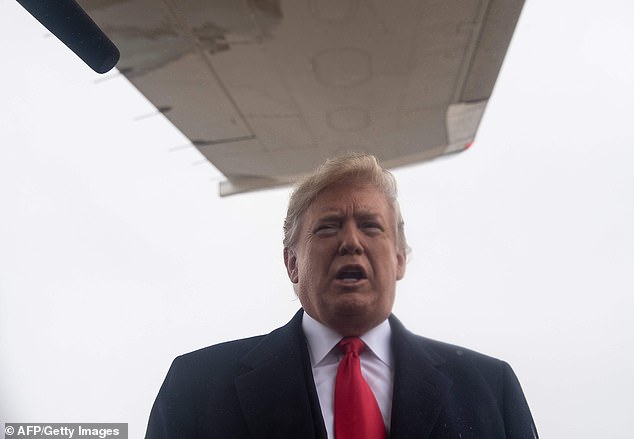 Pence rejected the idea that the kind of fiery rhetoric used by him and the president – Pence referred to Democrats as a ‘mob’ in a campaign speech and Trump has used derogatory names like ‘wacko’ and ‘low IQ’ to describe people – strokes any flames of violence.

‘The American people believe in the freedom of speech. Throughout the history of this country we’ve always had vigorous debates. And then we settle those debates in the ballot box. We don’t settle them through acts and threats of violence like the pipe bombs we saw sent to the Obamas, the Clintons, to CNN, and others. And we have no tolerance for the anti-semitic violence that we saw rear its ugly head in Pittsburgh,’ the vice president told NBC News Saturday after a campaign rally in Las Vegas.

He also cautioned a word of warning about trying to connect acts of violence with freedom of speech.

‘I think we have to be careful to connect the kind of violent behavior we witnessed in Pittsburgh today, the threats of violence against prominent Americans that we witnessed in the pipe bombs, what happened in Sutherland Springs Texas or what happened here in Las Vegas to the political debate. We want a free and open political debate in America where everyone expresses themselves passionately and openly,’ he said. ‘But also recognize the difference between passionate debate and acts of evil.’

He added that the American people can differentiate between the two.

‘I don’t think the America people connect them. The American people believe those who are responsible are the people that actually conduct these threats,’ he said.

After last week’s mailed bombings to the Washington D.C. home of Barack and Michelle Obama, the New York home of Bill and Hillary Clinton, to CNN’s New York headquarters, and to Congresswoman Maxine Waters’ offices, Trump notably toned down his rhetoric.

The president  called for a ‘civil tone’ in politics at a campaign rally in Mosinee, Wisconsin, on Wednesday evening in the wake of bombing attempts on his political rivals.

Trump, who often engages in provocative language and uses derogatory names against his political opponents, carefully tempered his words before the cheering crowd and repeatedly pointed out his own affable behavior, saying he was being ‘nice.’ 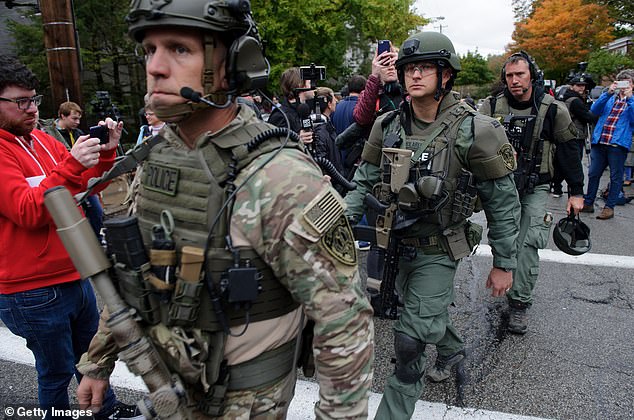 ‘And by the way, do you see how nice I’m behaving tonight?’ Trump asked the crowd. ‘Have you ever seen this? We’re all behaving very well.’

‘I’m trying to be nice,’ he said many times throughout the evening.

In the wake of Saturday’s shooting in a Pittsburgh synagogue that left 11 dead, the president said it was an ‘evil’ act and an ‘assault on humanity.’

Trump and Pence are on separate campaign swings around the country as they try to stop a blue wave from giving Democrats control of Capitol Hill.