A Pennsylvania congressman who used taxpayer money to settle sexual harassment charges brought against him by a former aide abruptly resigned from Congress on Friday.

Four-term Republican Patrick Meehan had already decided not to seek re-election this fall, but said he had chosen to step down immediately to spare his staff and taxpayers the ‘rigors’ of an investigation by the House Ethics Committee.

In a resignation letter, Meehan vowed to repay the $39,000 he used from his House office account as a severance payment to help settle the woman’s allegations against him. 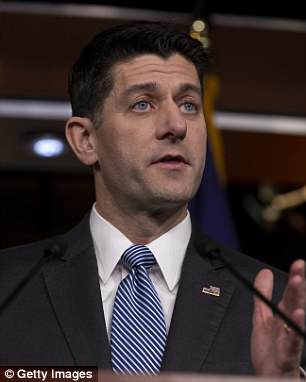 Four-term Republican Republican Patrick Meehan, (left, in Washington on March 7) who was the subject of an ethics probe called by House Speaker Paul Ryan  (right, on April 27) had already decided not to seek re-election

‘I did not want to leave with any question of violating the trust of taxpayers,’ Meehan wrote, adding that he would pay the money within 30 days.

House Speaker Paul Ryan called for an Ethics panel investigation of Meehan, 62, after The New York Times reported on the accusations against him in January.

Married Meehan was accused by his much younger former aide of making unwanted overtures to her after she became involved with another man.

The woman then said he became hostile after she rebuffed him in what her lawyer called a ‘serious sexual harassment claim’.

Meehan described the woman as a ‘soul mate’ and said he developed strong feelings for her, but always kept the relationship professional.

He said he became upset when he learned the woman, who worked for him for seven years, was involved with someone else. 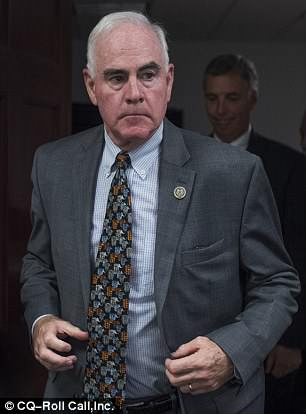 Married Meehan (pic on June 21, 2017) was accused by his much younger former aide of making unwanted overtures to her after she became involved with another man

The Times reported that she had lodged her complaint last summer with Congress’ Office of Compliance after Meehan became angry towards her and she left the job.

In his letter on Friday, Meehan said he believed the investigation would have absolved him.

‘I recognize that there are constituents who are disappointed in the manner in which I handled the situation that lead to my decision not to seek re-election and wish I had done better by them,’ he wrote.

The lawmaker’s early departure, which essentially ends the Ethics Committee’s probe into his case, prompted criticism from an attorney for the accuser.

‘I’m disgusted that he has chosen to take the coward’s way out. Our client participated in the ethics probe expecting that justice would be served. That will not happen,’ lawyer Debra Katz tweeted.

The Ethics Committee has the power to expel members of congress in serious cases.

Meehan’s retirement has left his open seat from Philadelphia’s suburbs as a toss-up in this November’s elections, in which Democrats are hoping to capture House control.

Pennsylvania Governor. Tom Wolf now has 10 days to set a special election at least 60 days out. His office said Friday that Wolf had yet to make a decision on a date. 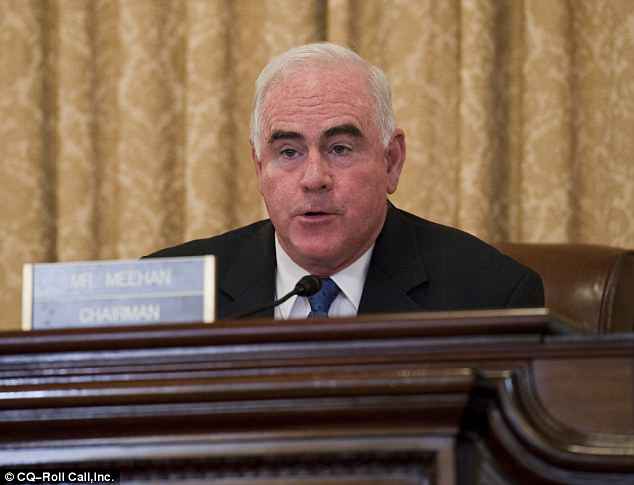 Meehan said he followed the advice of House lawyers and Ethics Committee guidance in agreeing to the payment.

However, the settlement had been kept secret, and Meehan’s office had long refused to answer repeated questions about how much taxpayer money Meehan paid out in it.

The scandal was a nail in Meehan’s political coffin. Since 2011, Meehan’s district had been badly contorted and criticized as being among the nation’s most gerrymandered.

Democrat Hillary Clinton narrowly won it in the 2016 presidential election, and a court-ordered redrawing of districts put Meehan’s home in a newly drawn district that heavily favors a Democrat.