I wanna sit in the front! Embarrassment for a brother and sister in their 20s as they are arrested by cops fighting over who would ride SHOTGUN

A brother and sister were chased, tackled and arrested by police after a sibling squabble over who got to ride shotgun took a violent turn.

Bret and Brianna Brezenski are facing charges of simple assault and resisting arrest after the bizarre incident over the weekend in Olyphant, Pennsylvania.

Police said the fight began when Bret, 27, was picking up his 20-year-old sister Brianna from work, and the younger Brezenski got angry that her brother’s girlfriend was in the passenger seat.

Workers who were setting up the borough’s Christmas tree contacted police after noticing the two people fighting in the car while the third passenger sat in the front seat pleading for help.

‘They called me and said: “There’s a girl, they’re keeping hostage in the car and she’s yelling for help,”‘ Olyphant Police Chief James Devoe told WNEP.

The workers kept an eye on the car until Devoe arrived, at which point Bret sped off sparking a half-mile police chase.

A brother and sister were chased, tackled and arrested by police after a sibling squabble over who got to ride shotgun took a violent turn over the weekend in Olyphant, Pennsylvania. Olyphant Police Chief James Devoe is seen detaining Bret Brezinski, 27, while his 20-year-old sister Brianna (in green) attacks the officer from above 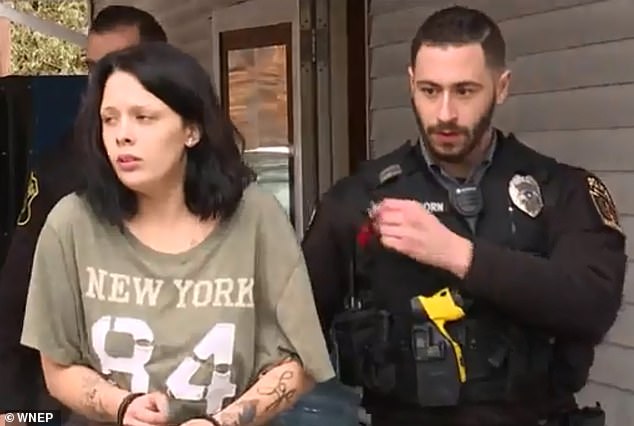 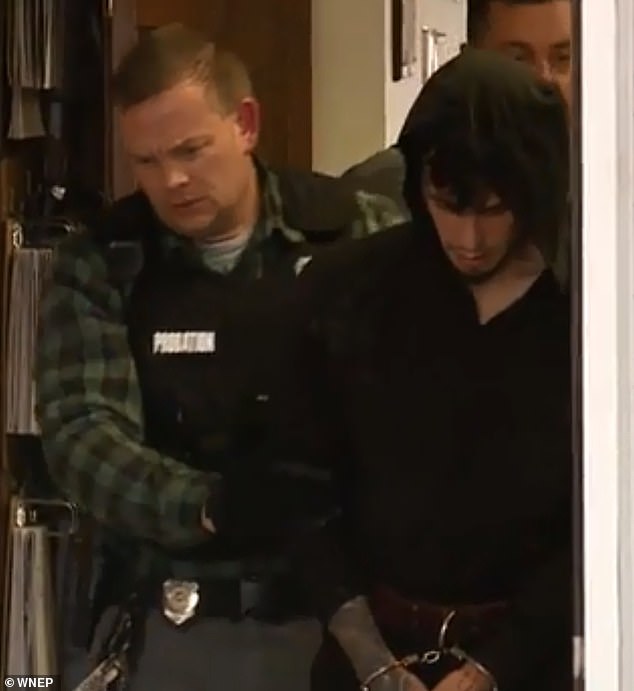 ‘Traffic was packed, they were driving like animals,’ Devoe said, noting that the girlfriend was ‘hanging out of the car’ during the police pursuit.

‘Stuff you could have flipped a coin over, and now we have people who could have gotten killed,’ Devoe said.

He finally caught up with the fleeing vehicle when it got caught in traffic in neighboring Blakely.

Bret initially cooperated when ordered out of the car but became combative when the chief put down his weapon.

‘I got him calmed down for a second and told him: “Get up against the car,” but as soon as he saw me put my weapon down, he attacked me again, so I picked him up and threw him into the grass,’ Devoe said.

As he was trying to put Bret in handcuffs, Brianna got out of the car and started attacking him, he said. 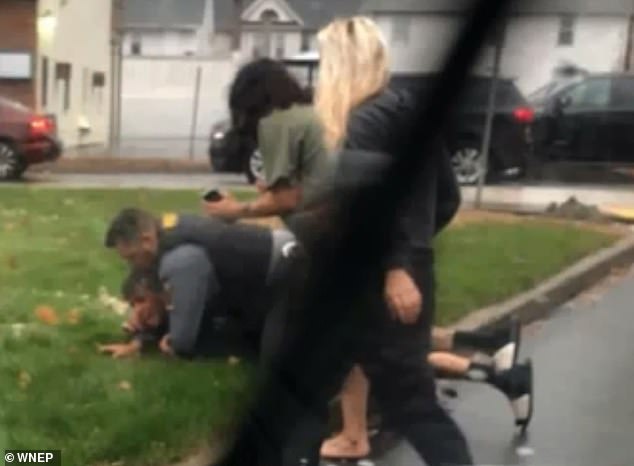 Devoe said that as he was trying to put Bret in handcuffs, Brianna got out of the car and started attacking him. Fellow officers soon arrived to help detain both suspects. The third passenger in the car, Bret’s girlfriend (center in black), was not arrested and is being treated as a victim

Other officers soon showed up for backup and helped Devoe detain both assailants.

The girlfriend, who has not been named, was not arrested. Police have referred to her as a victim.

She reportedly filed a restraining order against both Brezenskis and other members of their family after the incident.

The suspects refused to comment when approached by WNEP outside the Olyphant police headquarters. 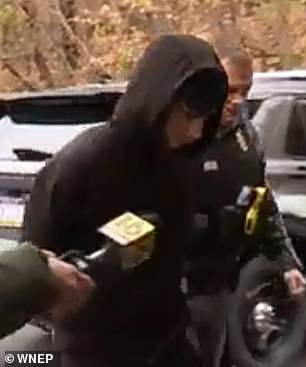 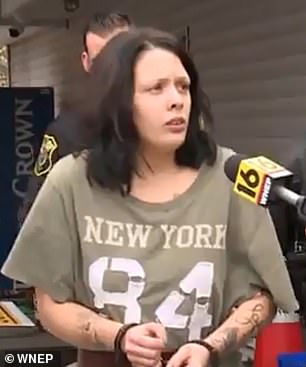