Pennsylvania mother ‘killed quadriplegic daughter, 32, by giving her a lethal dose of medication’

A mother has been arrested over the murder of her 32-year-old quadriplegic daughter after she was suspected of giving her a lethal dose of medication.

Yelena Nezhikhovskaya, 63, from Pennsylvania, U.S, was charged with third-degree murder after her disabled daughter was found to have died from drug intoxication.

She has also been charged with false reporting and drug delivery resulting in death, reports Fox News.

Police were called to the home in Bustleton, Philadelphia in December 17 last year, discovering 32-year-old Yulia Nezhikhovskaya’s body – she was declared dead at the scene.

After investigation by the medical examiner Miss Nezhikhovskaya was found to have died from drug intoxication by homicide, reports Fox News.

According to sources reported by Fox News it is suspected that Ms Nezhikhovskaya administered a lethal dose of medication and alcohol to her daughter.

Speaking about noises she often heard from the house neighbour Lauren Andrews told ABC News: ‘I could hear noise but the woman was disabled and mentally disabled as well, so she would sometimes yell when she wasn’t happy. 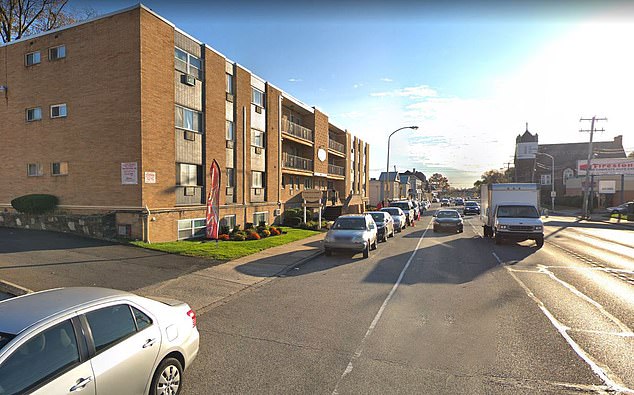 The body of Yulia Nezhikhovskaya was declared dead at the scene, the 9600 block of Bustleton Avenue, Bustleton, Philadelphia

‘It seemed fairly normal. I’ve been living here for three years, I’ve been hearing that the whole time I live here.

Adding: ‘Oh my God, that’s really scary. I’ve met that woman a million times, she was very nice to me I’m shocked.’

Ms Nezhikhovskaya has a preliminary hearing for the charges on December 4.