Penny Lancaster has revealed she helped save the life of a suicidal woman.

The model, 50, has been working as a Special Constable with the City of London police after officially obtaining her badge – and was at the scene when a woman was stood on a bridge in the capital.

During an appearance on Good Morning Britain on Wednesday she said that she hadn’t made any arrests during her five duties to date, but had helped the woman, who was in ‘desperate’ need.

On the beat: Penny Lancaster, 50, has joined the City of London police as a Special Constable and revealed during an appearance on Good Morning Britain on Wednesday she’d saved a life

Penny told hosts Susanna Reid and Richard Madeley: ‘When you think of policing, you think of the most violent crimes but we’re out there to help the most vulnerable.

‘At this particular time there’s a lot of incidents on the bridges and I did help someone who was very desperate on the bridge the other night. It can be rewarding in so many ways.’

Penny added that she’s drawing on her life experience and role as a mother for her police work, insisting she has the full support of her rocker husband Rod Stewart, 76. 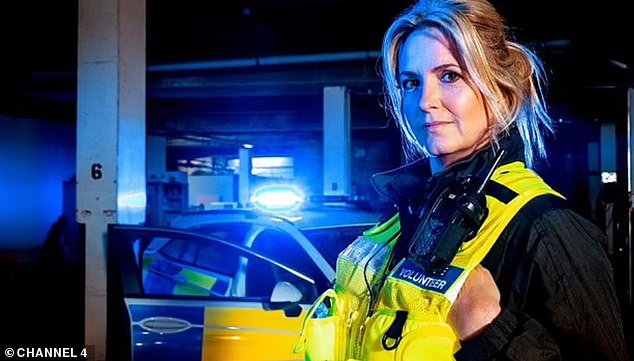 Undercover: The model, who appeared on Channel 4’s Famous and Fighting Crime in 2019 #(pictured) says she’s gone unrecognised in the uniform despite her public profile

When asked if he tried to dissuade her from taking the job, she said: ‘Not at all. It is dangerous, but the police are the public, the public are the police.

Penny has managed to go under the radar while on patrol, with her saying no one has recognised thanks to the uniform despite her public profile. 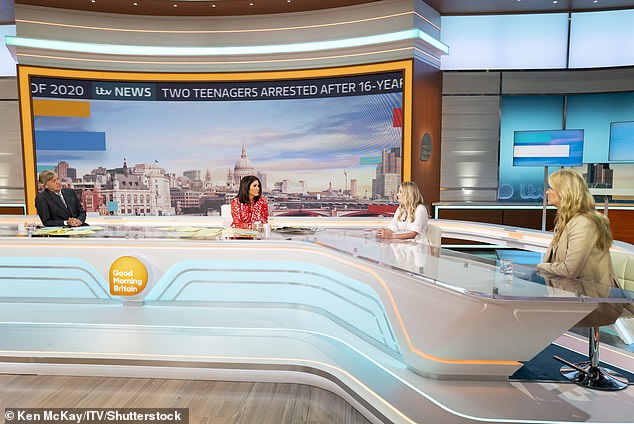 Speaking out: Penny explained to GMB hosts Susanna Reid and Richard Madeley she considers her police role an extension of her charity work and is drawing on her life experience to help 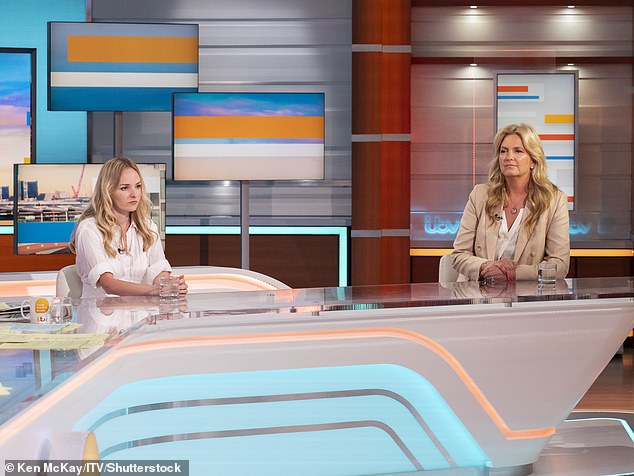 And on why she joined the force, she concluded: ‘The campaigning and charity work I do, this is just an extension of working for the community and for the good of people. It’s free of charge.

‘I’m giving up my time to help the community and that’s why I wanted to become a police officer, to be out there. We’ve got to look after the police and make sure when their lives are taken, punishment is given.’ 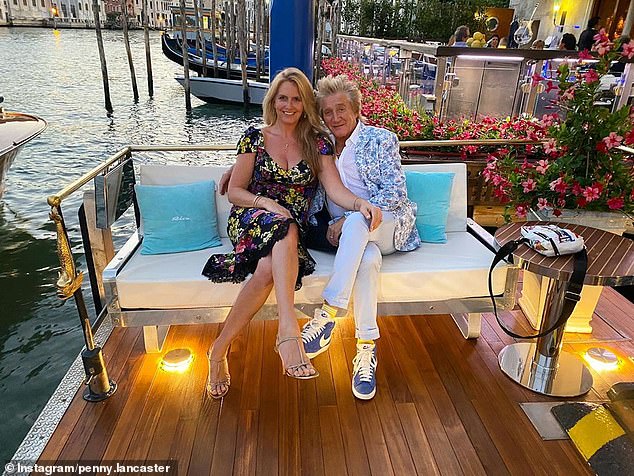 Supportive husband: Penny’s rocker husband Rod Stewart, 76, is standing by his wife’s choice to become a police officer, and she insists she is safe while out on patrol

Penny appeared on GMB alongside PC Harper’s widow Lissie Harper, who was on to discuss Harper’s Law, a mandatory life sentence for those who kill emergency workers due to a criminal act.

Lissie started the campaign after she was left ‘outraged’ over the sentences handed to three teenagers over her husband’s death.

Henry Long, 19, was sentenced to 16 years and 18-year-olds Jessie Cole and Albert Bowers were handed 13 years in custody over the manslaughter after Harper was caught in a strap attached to the back of a car driven by Long down a winding country road in Berkshire on the night of August 15 2019. 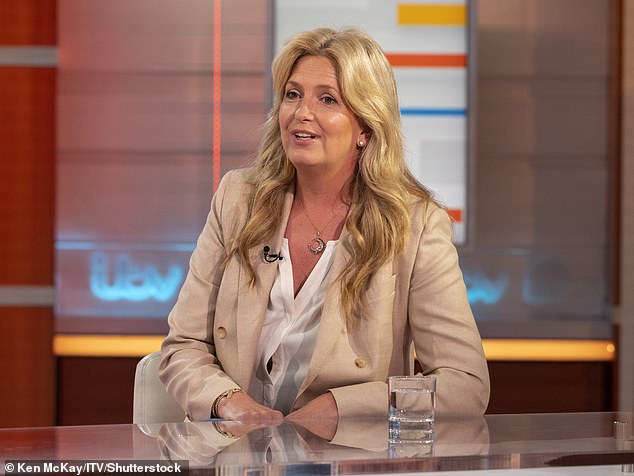 Topic of discussion: Penny added that she’s drawing on her life experience and role as a mother for her police work, insisting she has the full support of her rocker husband Rod

Penny revealed in April that she had become a qualified police officer after training for the City of London Police on one weeknight every week and from 9am to 5pm on Saturday and Sunday every other weekend.

She was inspired to undergo training after taking part in Channel 4’s 2019 series Famous and Fighting Crime, in which celebrities shadowed police offers on the beat.

Speaking about the experience in an Instagram Live last year, she confessed: ‘It was terrifying but I never felt more comfortable in a position and I felt like this is where I was supposed to be. I have signed up to be an officer.

‘I had to sit exams, English and maths type of exams, and go for an interview with two officers. And then I did a fitness test which was the bleep test which was pretty tricky so I had to get fit for that and I passed.’

The former lingerie model previously preferred to her police training as being part of ‘who she is’.

Speaking to The Mail On Sunday in December, Penny said: ‘This is who I am. I could be walking the red carpet with Rod, or I could be in our stable with my goats.

‘But there comes a time when everyone questions themselves and asks, “Who am I? Who am I at my core?” This is what I feel I should always have been doing. It’s about identity.’ 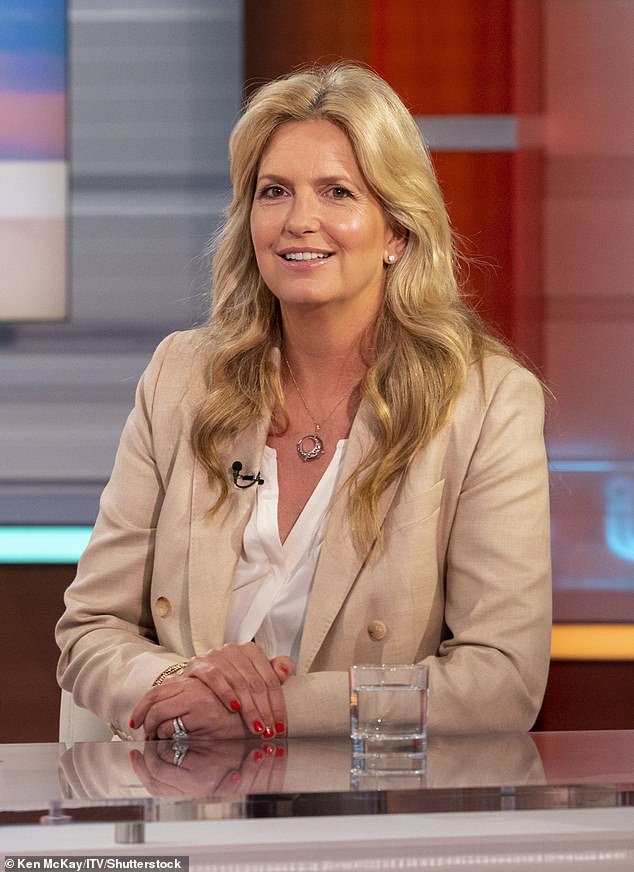 Meant to be: The former lingerie model previously preferred to her police training as being part of ‘who she is’