The pair discussed trade sanctions imposed on Australia by China as well as the fate of two detained Australians. 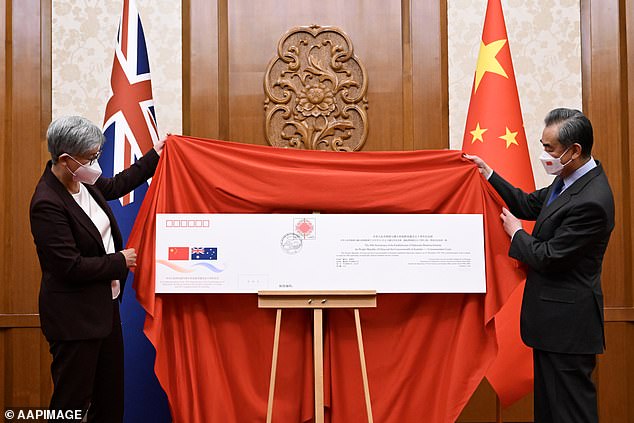 Australian Foreign Minister Penny Wong and Chinese Foreign Minister Wang Yi unveil a commemorative envelope during a ceremony on the 50th anniversary of the establishment of diplomatic relations between Australia and China, at Diaoyutai State Guesthouse in Beijing, China, Wednesday, December 21, 2022

‘We’ve continued to put the view that we are able to grow our bilateral relationship and uphold our respective national interests if we navigate our differences wisely, and that is the challenge for this generation,’ she said.

‘I did set out our positions on issues which I know are so important to Australians and are important to the government – relevant consular matters, trade blockages, human rights, as well as regional security, international security and the norms and global rules which underpin our prosperity.’

Senator Wong said trade sanctions placed on Australian goods were raised during discussions, saying it was to the benefit of both countries for the ‘blockages’ to be removed.

‘There was a discussion about opportunities for further dialogue to work through how we might do what I think is in the best interest of both countries and consumers in both countries,’ she said.

‘We have agreed to maintain high-level engagement and we’ve agreed to further dialogue in a range of those areas.’ 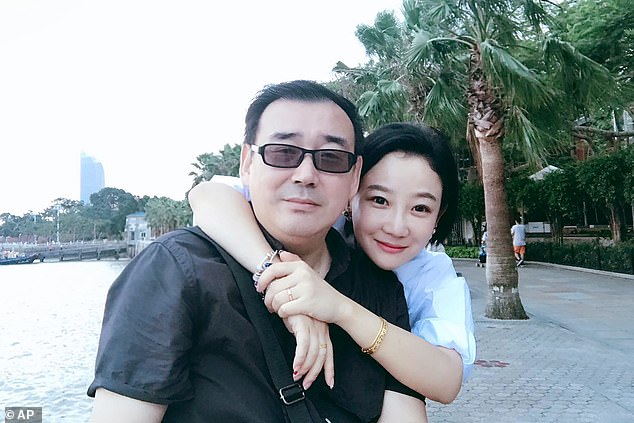 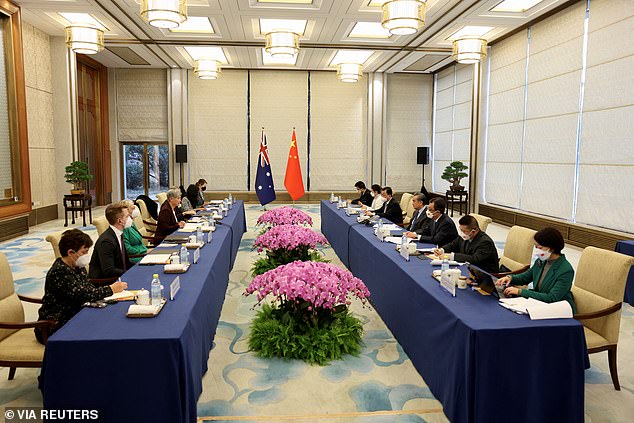 ‘We advocated for a range of things in those discussions. They include for those Australians to be reunited with their families as soon as possible,’ she said.

The visit coincided with the 50th anniversary of Sino-Australian diplomatic relations.

China’s foreign ministry said Mr Wang told Senator Wong China and Australia had no fundamental conflicts of interest and should use the anniversary to reorganise and restart relations.

‘We are ready to work with you to implement the important points of agreement between our leaders, to use the 50th anniversary as an important opportunity to renew our original aspirations,’ Mr Wang said.

‘In the past few years, our relationship has encountered difficulties and setbacks. This is what we do not want to see. The lessons must be learnt.’

‘China and Australia have no historical grievances and no fundamental conflicts of interest, and should and can become partners in mutual need,’ he said. 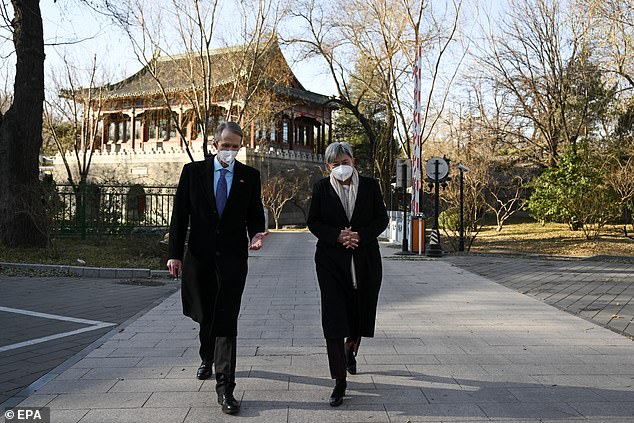 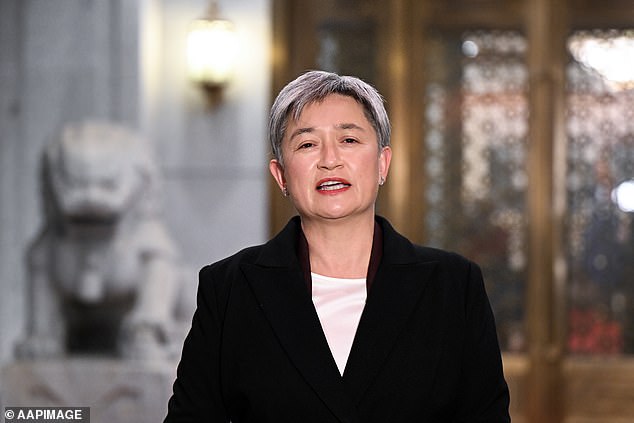 ‘It is important that we deliver better relations with our major trading partner in the future,’ he told a news conference in Sydney. 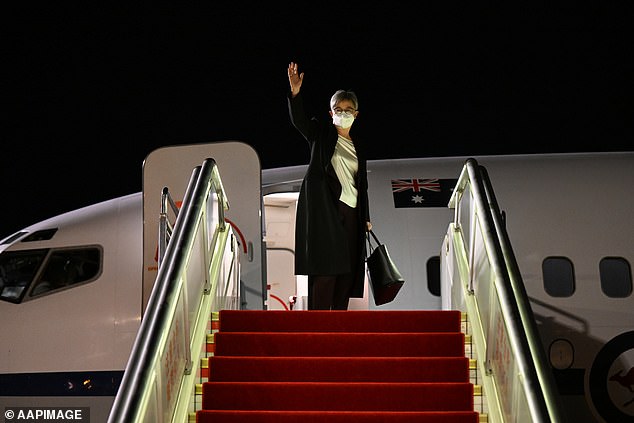 ‘The ice thaws but slowly,’ she said as the pair walked around the compound’s gardens, the temperature a brisk -6C.

Senator Wong travelled to Beijing with a small Australian contingent including Department of Foreign Affairs and Trade secretary Jan Adams and half a dozen other officials.

She and Mr Fletcher made it clear Australia wanted a return to holding annual leaders’ meetings between Australia and China, as well as annual talks between the treasurer, trade minister and their Chinese counterparts.

Senator Wong thanked the ambassador and embassy staff for their hard work.