Foreign Minister Penny Wong has met with Chinese counterpart Wang Yi during a visit to Beijing.

The talks are the first following a four-year diplomatic deep freeze between the two countries.

The pair discussed trade sanctions imposed on Australia by China, as well as the fate of two Australians detained in the country.

The visit coincides with the 50th anniversary of Sino-Australian diplomatic relations.

A commemorative ceremony will be held marking the occasion 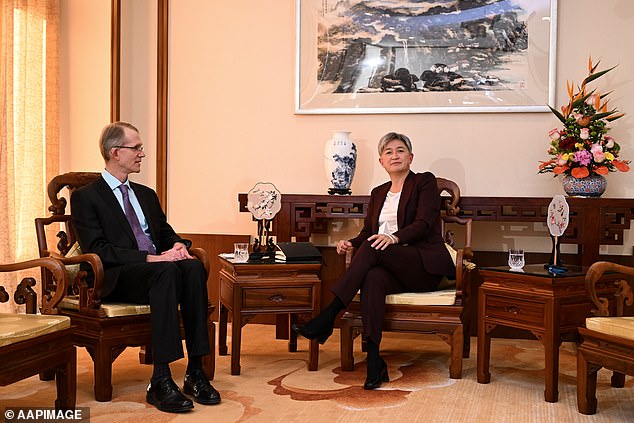 ‘The ice thaws but slowly,’ she said as the pair walked around the gardens, the temperature a brisk -6C.

Travelling media seized on the comment, asking the minister whether she was looking forward to ‘breaking the ice’ with Mr Wang.

Partially frozen ornamental man-made ponds and rivulets run throughout the more than 20 buildings of the diplomatic compound, in the capital’s Haidian District.

The enclosure is frequently used by the Chinese government to host visiting dignitaries, including world leaders.

Senator Wong has travelled to Beijing with a small Australian contingent including Department of Foreign Affairs and Trade secretary Jan Adams and half a dozen other officials.

She and Mr Fletcher made it clear Australia wanted a return to holding annual leaders’ meetings between Australia and China, as well as annual talks between the treasurer, trade minister and their Chinese counterparts.

The resumption of those meetings has not been officially agreed to.

Senator Wong thanked the ambassador and embassy staff for their hard work in challenging circumstances.

She then asked Mr Fletcher about an existing bilateral agreement between Australia and China, and how the nations could benefit from reinvigorated ties. 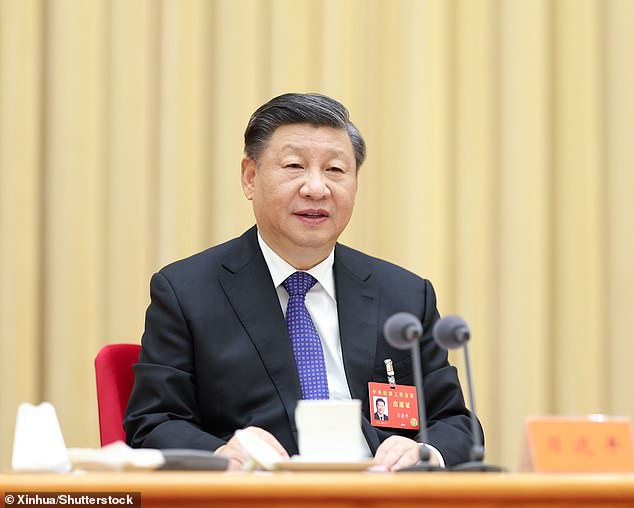 The talks are the first following a four-year diplomatic deep freeze between China and Australia. Pictured, President Xi Jinping, who earlier sent a ‘warm’ letter to Anthony Albanese 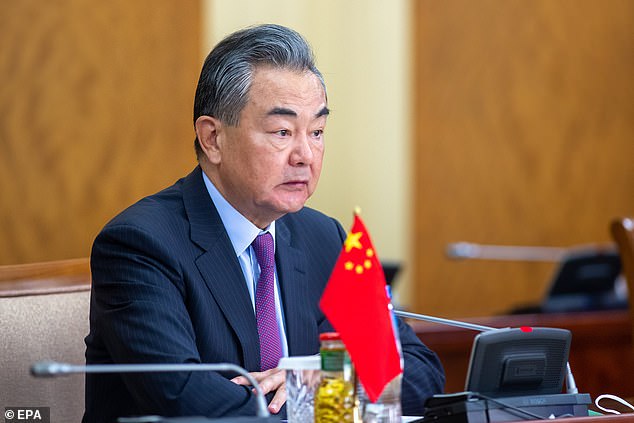 Wang Yi and Senator Wong discussed trade sanctions imposed on Australia by China, as well as the fate of two Australians detained in the country

‘A key part of it is what are you doing today, following the strategic dialogue with the foreign ministry with the annual leaders’ meeting for the prime minister,’ Mr Fletcher replied.

‘But another key element is the strategic economic dialogue, which brings the treasurer and the trade minister together with their counterparts here.

‘Those three elements jointly let us cover the full spectrum of our interests here in the relationship which, as you know, are very broad.’

Senator Wong said the resumption of such talks would ‘provide an opportunity to have the discussion between those different ministers about the trade issues’.

Mr Fletcher replied: ‘It covers trade, it covers investment, it can cover economic issues of importance to both sides in terms of domestic policy. Those matters are certainly of interest to us, the way China’s economy is tracking.

‘They’re interested in our experience and our economic story as well.’

Mr Albanese had previously written to President Xi ahead of the anniversary.

‘It is important we deliver better relations with our major trading partner into the future. It’s also … about jobs in our economy, and Australia’s national interest being looked after,’ he told reporters on the NSW Central Coast.

‘Out of dialogue comes understanding and we need to have respectful relations.’

The relationship had ‘achieved fruitful results, bringing tangible benefits to the people of the two countries’, he was quoted as saying.

Healthy ties are ‘conducive to promoting peace, stability and prosperity of the region and the world.’