Penrith coach Ivan Cleary has lit the fuse for Thursday night’s highly anticipated clash with Melbourne by hitting back at Storm boss Matt Tripp after he labelled the NRL premiers ‘arrogant.’

It comes just days after Panthers club great Greg Alexander accused Craig Bellamy’s team on SEN Radio of being responsible for a number of dangerous tackles the NRL needs to remove from the game.

‘For the deputy chair (Alexander) of one of our biggest competitors, to make unfounded and stupid comments as he has done, just goes to the arrogance of that club and their perceived status in the game at the moment,’ Tripp told Fairfax Media.

‘You can say a lot of things about the Melbourne Storm, but the one thing they can’t be accused of is being arrogant. 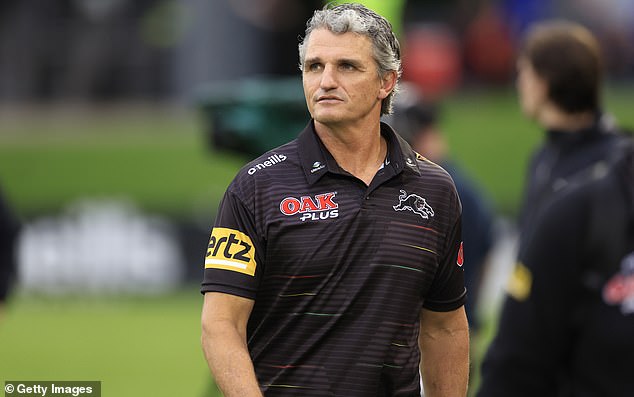 ‘We go about our business and don’t make outlandish comments – we respond to comments, but you won’t see us on the front foot making stupid comments, particularly about other clubs and their tactics.’

Panthers coach Ivan Cleary felt Tripp’s scathing ‘arrogant’ assessment was wrong, and was quick to add Alexander’s opinion on the Storm was personal rather than one collectively shared by his club.

‘I think if anyone’s able to have an opinion, it’s Brandy (Alexander), and I think most of his opinions are spot on but that was his opinion in a completely different role (from his duties with the Panthers),’ Cleary said on Wednesday.

‘I don’t think it’s fair for everyone else at our club to be labelled what we were but these things happen.’ 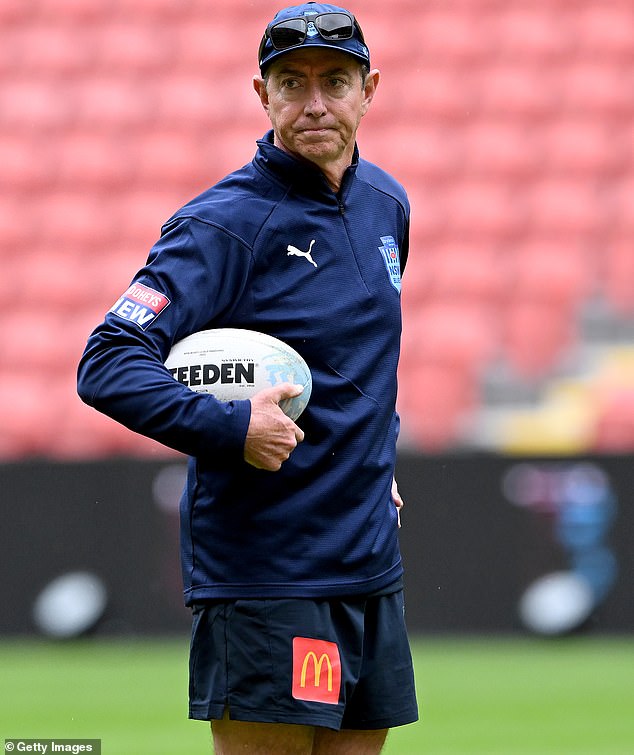 He denied there was any arrogance within the ranks of the Panthers.

‘I don’t know why people say it, all I can say is that I don’t believe it’s true,’ Cleary added.

‘The consistency we’ve shown over the last three years, I don’t think there’s any way you can do that if you’re disrespectful or arrogant.’

Alexander last week stated Melbourne are responsible for a number of questionable tackling techniques into the NRL stretching back two decades.

Speaking on SEN Radio, Alexander singled out the Storm and their long-time former captain Cameron Smith, who vigorously defended the club from the explosive allegation.

‘I didn’t think it was any type of revelation when I made those comments about the hip-drop emanating out of Melbourne Storm,’ Alexander said on the breakfast sports show he co-hosts with fellow rugby league identity Andrew Voss.

‘I thought it was just the general consensus that over the last 20 years all the tackles, the wrestling techniques had come out of Melbourne.

‘I might be jumping to a conclusion, but I don’t think I am.’

Alexander then provided evidence for his claim, pointing out two of the first three charges for hip-drop tackles in the 2020 NRL season came from Melbourne Storm players Jesse Bromwich and Max King.

‘I distinctly remember the Max King incident because I was calling the game (for Fox Sports)…(Max) King just fell on the back of Blake Lawrie’s leg,’ he said. 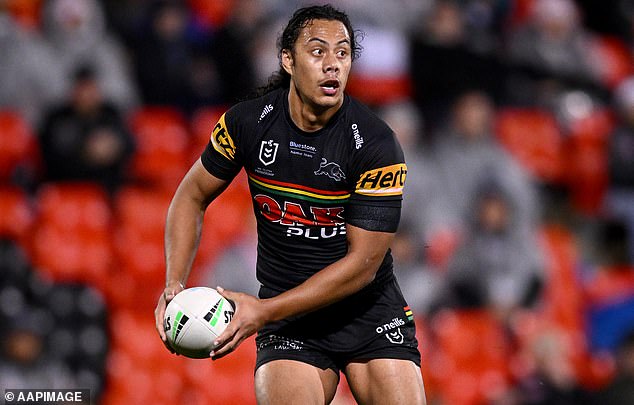 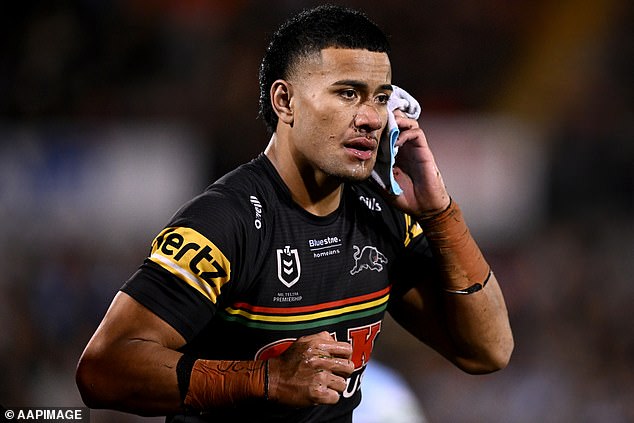 ‘I think history shows – and it’s not a stretch for me to jump to a Melbourne Storm conclusion – that the grapple, the chicken wing, the rolling pin, the crusher, the hip-drop – I think they all emanate out of Melbourne. They have led the way.

It prompted Storm great Cameron Smith – a colleague of Alexander’s on SEN – to hit back on the airwaves.

‘I don’t know how you can come up with that (comment),’ Smith said. ‘To single out one club to say that introduced that tackle into our sport, that’s a little bit over the top.

‘Off the top of my head, I can’t ever recall seeing Brandy (Alexander) at one of our training sessions. I can’t.

‘To single out the Melbourne Storm, that is really unfair.’ 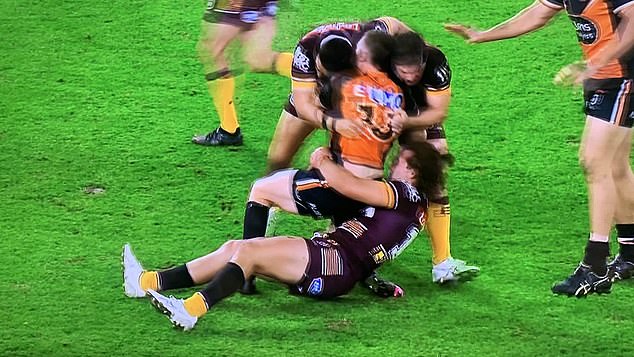 Ahead of the round 22 grudge match in Sydney’s west, Melbourne won’t be able to call on backrower Felise Kaufusi, who will miss the game after the death of his father.

The Storm have fullback Nick Meaney returning from a head knock and centre Justin Olam from Covid-19, with Cooper Johns replacing the injured Jahrome Hughes at halfback.

The Panthers have named Viliame Kikau on the bench after his hip injury, but winger Taylan May is in doubt due to a shoulder injury.