Penrith utility Tyrone May has been stood down indefinitely after receiving an NRL breach notice and a $7500 fine for a social media post during the Panthers’ grand final celebrations.

Halfback Nathan Cleary and outside back Stephen Crichton have also been handed fines of $7000 and $4000 respectively after video emerged of them acting in a ‘disrespectful manner’ towards the premiership trophy.

Damage was sustained to the trophy, while the figurine of Norm Provan and Arthur Summons had been separated and placed in a stroller in one video.

Penrith have stood down May as a consequence of a social media post which made reference to his convictions over four counts of intentionally recording an intimate image without consent.

May, who pleaded guilty, was sentenced to 300 hours of community service and narrowly avoided jail in January 2020.

The post included photos of Panthers coach Ivan Cleary arriving alongside him at court during the case. 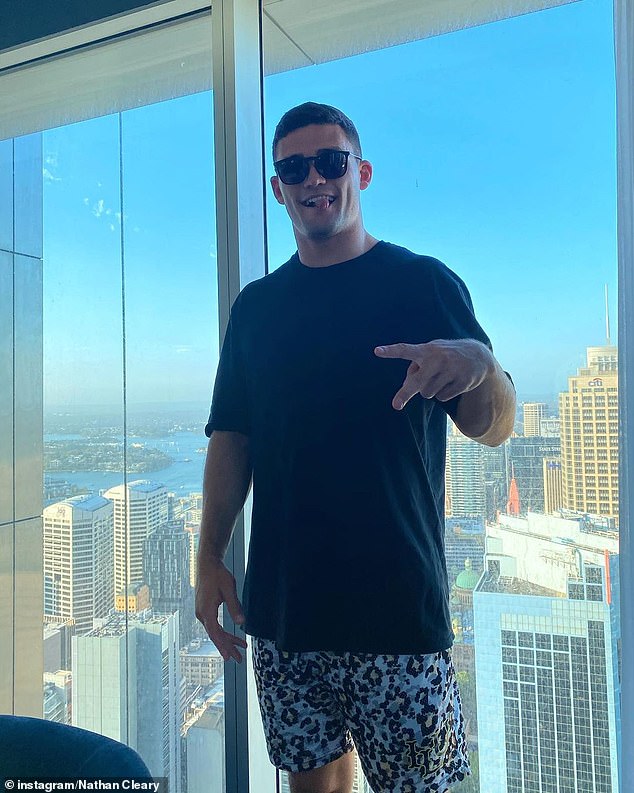 Nathan Cleary (pictured) has been fined $7,000 for acting in a ‘disrespectful manner’ towards the premiership trophy

A photo shows the NRL premiership trophy ‘badly damaged’, with the figurines atop the trophy separated from the base.

It also included lyrics from the rap artist Drake which included the line: ‘And the dirt that they threw on my name turned to soil and I grew up out it. Time for y’all to figure out what y’all gon’ do about it.’

Panthers chief executive Brian Fletcher said the club, which will be forced to foot the bill for the trophy repairs, apologised for the behaviour of Cleary and Crichton.

‘The Panthers players had no intention to show disrespect towards the trophy, Norm Provan or Arthur Summons, however they understand that’s how their actions may have been interpreted,’ he said in a statement. 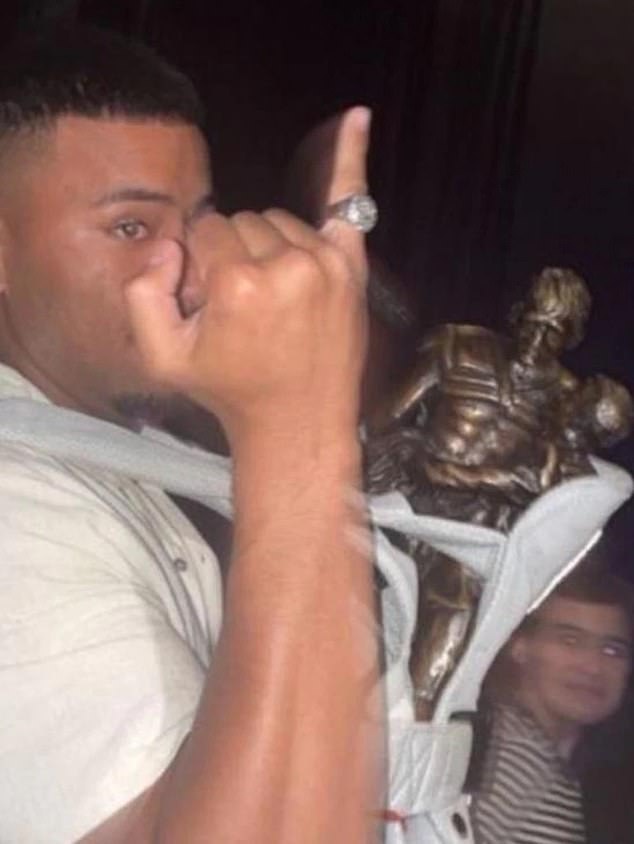 Stephen Crichton (pictured) has also been fined $4,000 after footage emerged of the trophy being placed in a stroller 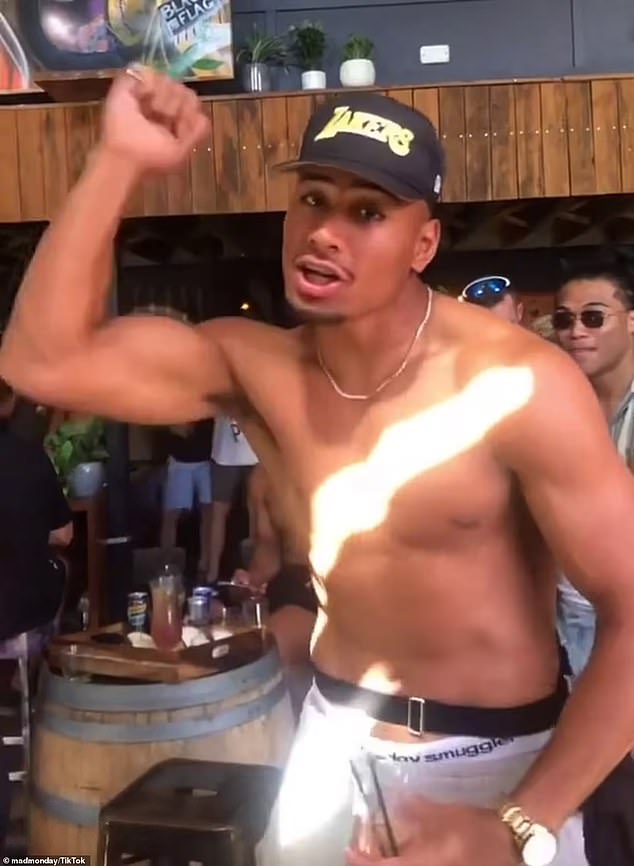 ‘Everyone at Panthers is well aware of the immense contributions Norm and Arthur made to our game and the high esteem in which they are held by everyone involved in rugby league.

‘On behalf of the club I sincerely apologise for any offence or distress this matter may have caused the rugby league community and particularly the Provan and Summons families.’

All three players have five days to respond to the NRL’s sanctions.