Pensioner, 69, pulled from roof during California blaze – but his wife was trapped in the basement

A retired man who became separated from his wife during last week’s wildfire has told his daughter that he has lost everything, after his wife ran into the basement in search of refuge as flames swallowed their home.

Lolene and Rick Rios lived in the town of Paradise, in the north of the state, which was entirely destroyed in the Camp Fire blaze that took hold last Thursday.

While Rick was pulled from the roof of their burning home, his daughter Maria said Lolene was still unaccounted for.

Rick Rios, 69, was saved from the roof of his burning home while his wife Lolene, is believed to have been trapped in the basement 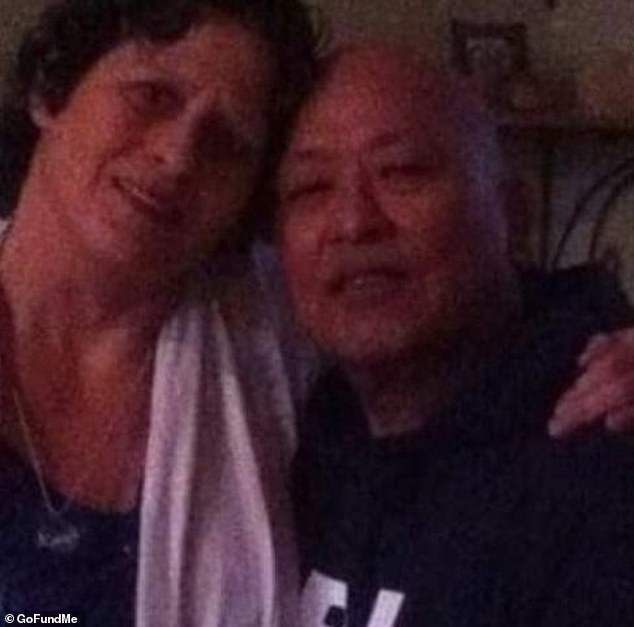 The retired couple had been married for 36 years and had survived a wildfire in the 1990s when they lived in Concow, California

‘As far as we know, she was still in the house.’

Lolene, 58, became separated from her husband Rick as flames engulfed their home, and while he climbed onto the roof and was later rescued by firefighters, she grabbed their dogs and ran downstairs to the basement, where she became trapped by the flames.

Rick, 69, was rushed to the burn unit at UC Davis Medical Center with severe burns to his hands and face.

Maria, 48, said she had spoken to her father in the hospital, where he has been sedated and has a long road to recovery. Rick will eventually require skin grafts for his burns.

The couple, who were married for 36 years, had lost everything in wildfire once before in the 1990s, but that time managed to escape unharmed from their home in Concow, California. 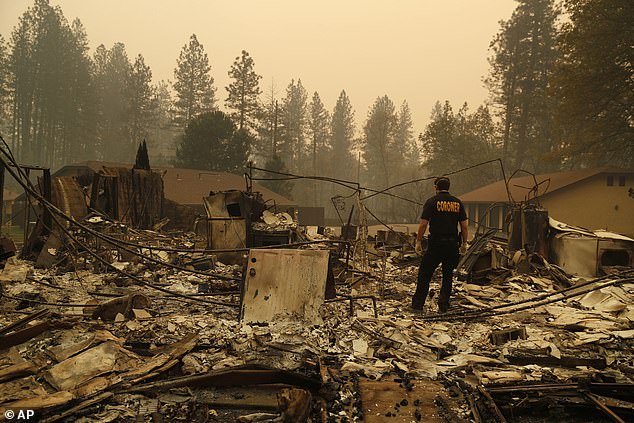 A member of the Sacramento County Coroner’s office looks for human remains in the rubble of a house burned at the Camp Fire, Monday, November 12 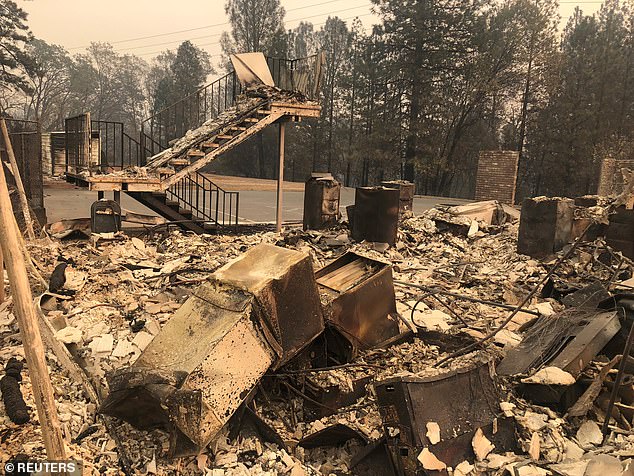 The couple lived in Paradise California – the town worst affected by the wildfire dubbed Camp Fire. Here a set of stairs sit amongst the ruins of somebody’s home 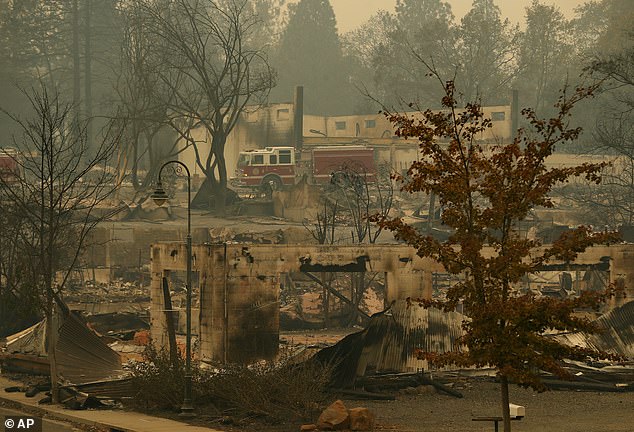 A fire truck drives through an area burned in the wildfire, Tuesday, November 13, 2018, in Paradise, California. Five days after flames all but obliterated the Northern California town, officials were unsure of the exact number of missing. But the death toll was almost certain to rise

Guam-born Rick and Los Angeles native Lolene later relocated to Paradise, where they were caught up the Camp Fire, which started last Thursday and has become California’s deadliest ever single blaze.

When the couple saw their neighbour’s home on fire, Rick climbed on to the roof hoping to put out any spot fires from above, but it proved impossible as the fire was moving so fast.

‘There wasn’t really any time,’ Maria Rios told SFGATE. ‘They saw the fire coming and that was it. It was moving too fast. It was just something he couldn’t handle.’

Rick Rios, a native of Guam, and Lolene Rios, who grew up in Gardenia (Los Angeles County) were married for 36 years. He worked for a farming company, and she worked for the Walt Disney Company in Anaheim before the couple retired and moved to Concow in the 1990s.