Pensioner in court battle with nephew over £2.2million London house

Andrew Constandas, 87, outside London’s Appeal Court is locked in a bitter legal battle with his nephew Michael Lysandrou

A pensioner is locked in a bitter court battle with his ‘reprehensible’ nephew as he claims he was made homeless after returning from the shops to find the locks to their house had been changed.

Andrew Constandas, 87, returned to his £2.2 million property on the edge of Hampstead Heath, London and found his possessions had been put into bin bags and thrown out onto the street.

The retired engineer, who was told by police to register as homeless, says that he owns half of the house despite his name not being on the deeds, because he gave his sister £600 to help buy it in 1959.

Mr Constandas’ nephew, Michael Lysandrou, 60, says that his uncle was never anything but a ‘non-paying lodger’ who was taken in by his mother out of pity.

The three-storey townhouse was bought for just £1,200 in 1959, in the sole name of Andriana Lysandrou, but is now worth a fortune.

Her brother Mr Constandas is locked in a bitter legal fight with her son Michael.

Mr Constandas claims he was forced to live like a down-and-out when he is in fact a millionaire and is demanding a half share of the townhouse.

But Mr Lysandrou insists he had every right to turf his uncle out and says the pensioner owns none of the house.

Sarah Steinhardt, representing Mr Constandas, told London’s Appeal Court that he moved into the property in Hampstead, with his sister, her husband and their son – Mr Lysandrou – in 1973, following the breakdown of his marriage.

He lived there, rent-free, until July 2015, when ‘relations deteriorated’ between him and his sister’s family.

One Saturday he returned from shopping to find he had been ‘summarily evicted’ by his nephew, and was told to ‘go to hell’ by Mr Lysandrou’s father.

By that point, Mr Constandas’ sister was suffering from dementia and her son had taken over the running of her affairs, according to Miss Steinhardt. 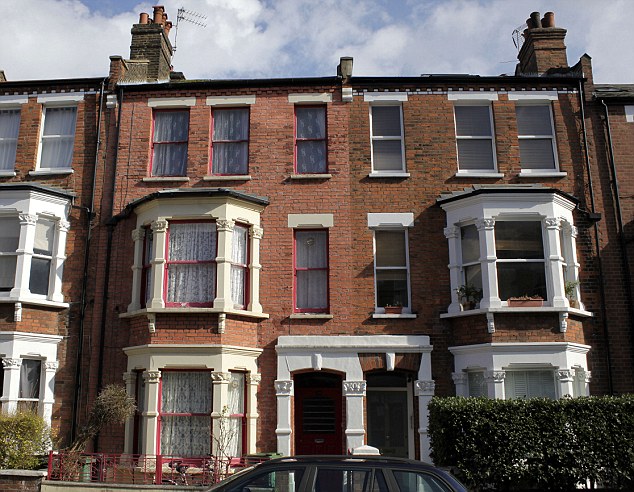 Mr Constandas says that 50 per cent of this house in Hampstead Heath London, worth £2.2 million, belongs to him but his nephew says he has lived there as a rent-free lodger

After a period of homelessness, Mr Constandas successfully sought an emergency injunction, forcing his nephew to allow him back into the property.

He then launched a court claim for ownership of half of the house.

In a witness statement read out in court, the pensioner said: ‘I threw myself on the mercy of the council’s homelessness department. I was referred to housing options by the police after I was suddenly evicted whilst I was out at the shops.

‘I had no idea where to go or how to access accommodation. My bank cards and other personal items were inside the house. My family refused me access to collect anything until I came back with a police escort a few days later.

‘I went shopping on the Saturday morning. When I came back home, the locks were changed and all my belongings were outside in black bags. My brother-in-law called ”go to hell” from inside.’

In 2016 at Central London County Court, judge Diana Faber, commented that Mr Lysandrou had ‘acted reprehensibly towards his uncle’ in the way he carried out the eviction but dismissed the pensioner’s claim for a stake in the house.

The judge said she did not have enough conclusive evidence that 50% of the property belonged to Mr Constandas.

Miss Steinhardt told the Appeal Court that judge Faber was wrong in the ruling. 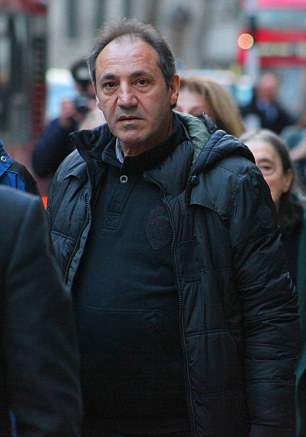 She said: ‘The judge had direct evidence, corroborated by documentary evidence, establishing that Mr Constandas’ account was both plausible and likely.’

Miss Steinhardt claimed Mr Constandas’ sister and brother-in-law would never have been able to afford to buy the house without his help.

His sister, a sewing machinist in a factory when the house was bought, could not have been earning more than £5.65 a week, the average wage for ‘skilled women manual workers at that time’, said the barrister.

Mr Constandas, however, had a ‘good regular income’ of about £24 a week, and his 60-year-old bank records showed that just over £600 had been transferred into his account two weeks before the house was bought.

She pointed out that judge Faber concluded that Mr and Mrs Lysandrou, in the four bank accounts that they had between them, didn’t have enough money to pay the deposit on the house.

The barrister added: ‘An important issue was whether his sister would have been able to save the money. This was a person who, at the time, was 19 years old with no previous work history.

‘She had done just about two and a half years work and, even if she had saved every single penny and not spent any on her wedding, on her baby, on clothes, food or heating, she would still not have had enough to pay the deposit.’

But Christopher Jacobs, representing the Lysandrous, insisted that Mr Constandas ‘made no contribution towards the purchase price and had only ever occupied the property as a non-paying lodger.’

During divorce proceedings in the 1970s, Mr Constandas had told a judge that he didn’t own any share of the house.

Mr Jacobs said: ‘He was either lying to the court then, or is lying now.

‘His case was significantly undermined by the Land Registry documents and his own previous conduct.’ 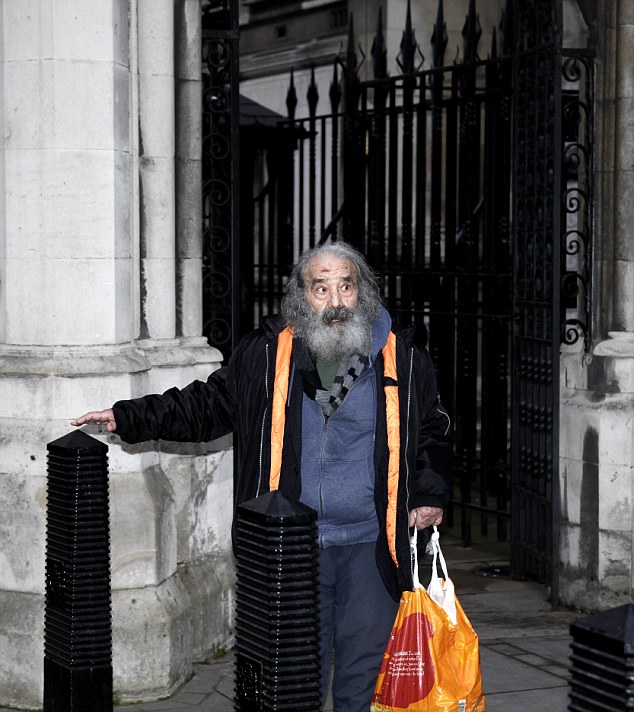 Andrew Constandas, pictured outside London’s Appeal Court, says that he was forced to live as a down and out by his nephew and said he threw himself on the mercy of the council’s homelessness department

Arguing that Michael’s mother could have saved the money to buy the house herself, he said: ‘She worked from home throughout her pregnancy.’

Mr Jacobs is also challenging an order that the Lysandrous must pay their own legal costs of the County Court hearing.

He also maintained that the 87-year-old ‘had been lawfully evicted’ from the property.

The barrister questioned whether the pensioner had been truly homeless after the eviction.

Lord Justice Kitchin, summing up the dispute, said: ‘It resolves down to one simple fact – did he or did he not pay the sum of money towards the purchase price?’

He reserved his ruling on the case at the end of a day-long hearing, to be delivered at a later date.

Outside court after the hearing, Miss Steinhardt said that Mr Constandas is back living in the house but will face eviction if he loses the appeal.