Pensioner who raped, stabbed and strangled 15-year-old girl nearly 50 years ago is convicted

A pensioner who was cleared of murdering a teenage girl for almost half a century is finally facing a justice in the oldest double jeopardy case in England and Wales.

Dennis McGrory was 28 when he sexually assaulted, stabbed and strangled 15-year-old Jacqui Montgomery in her home in Islington, north London, in 1975.

The next year, the man from Milton Keynes, Buckinghamshire, was tried on a circumstantial case and cleared of murder on the directions of a judge.

But justice has now caught up with McGrory after swabs from Ms Montgomery’s body produced a one-in-a-billion DNA match decades later.

Dennis McGrory (pictured) was 28 when he sexually assaulted, stabbed and strangled 15-year-old Jacqui Montgomery in her home in Islington, north London, in 1975

After a 2003 change in the law on double jeopardy, the once cold case was referred to the Court of Appeal and sent for a fresh trial at the Old Bailey.

Although the trial was halted in March after the 75-year-old fell ill, he was then found guilty of rape and murder at a Huntingdon Crown Court retrial.

The jury at Huntingdon Crown Court deliberated on Monday for just over an hour to find McGrory guilty on both charges against him.

The defendant was remanded into custody to be sentenced on January 13.

Jurors were told McGrory had been ‘wild with rage’ when he killed Jacqui as he tried to track down his ex-partner Josie Montgomery – the victim’s aunt – who had been having an affair with his friend John Malloy.

Prosecutor Sarah Przybylska had said: ‘No doubt furious with rage and wanting to attack Josie, the defendant took out his anger on the next best thing, Jacqui Montgomery, both raping and murdering her.’

During the attack, he ripped out a page of the teenager’s diary with her aunt’s address on it.

Jacqui’s body was found by her father, Robert Montgomery, lying on the floor of their living room in Offord Road in the early hours of June 2, 1975.

She had suffered fatal stab wounds as well as blunt force trauma to the face and been strangled with the flex of an iron. 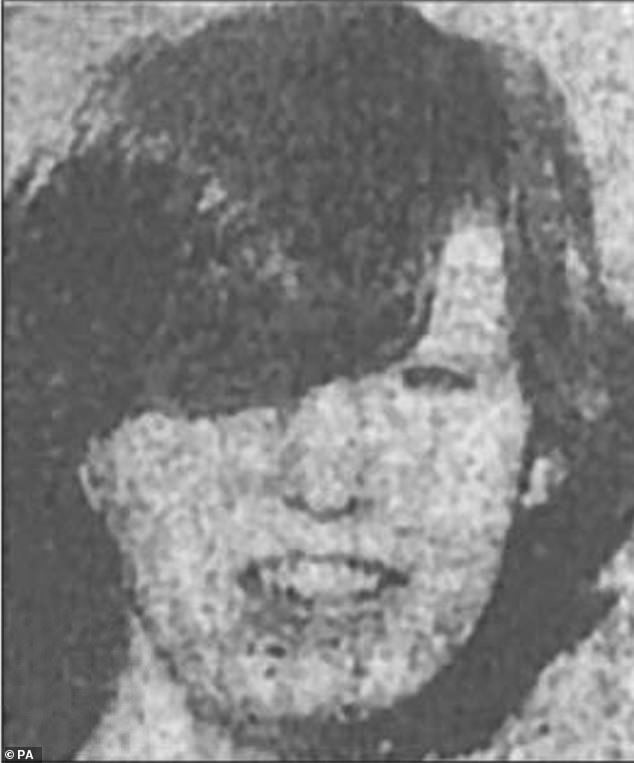 McGrory had threatened to rape Jacqui in the past and, on that night, he ‘made good’ on those words, jurors were told.

‘It is one of the very small handful of double jeopardy cases that I’ve personally authorised to be taken to the Court of Appeal.

‘We are very close now to the 50th anniversary of this crime so I’m particularly pleased that we’ve been able to bring this matter through to conviction after all these years.

‘It is an extremely serious and rare step to ask the Court of Appeal, as I did, to set aside an acquittal for murder, whether that acquittal took place five years ago or 50 years ago.’

Mr Hill praised the ‘excellent’ work of the police and CPS in bringing McGrory to justice.

He said it was a particularly ‘vicious murder’ and DNA found on her body helped prove a ‘scientific link’ between McGrory and the body of Jacqueline Montgomery.

Mr Hill said: ‘His DNA was found on her body in circumstances where he denies to this day that he was even at the scene or at the house in which she was murdered.

‘So that formed a really important new piece of evidence alongside the circumstantial evidence, which included finding on him at his arrest in 1975 a page torn from Jacqueline’s diary.

‘When you put those two elements together, it became impossible for him to explain his possession of the diary page and the DNA sample that he left on this poor girl’s body in any way other than him being present and being the killer himself.’

He added that while the murder took place five decades ago, that does not make the case any less important.

He continued: ‘Our thoughts are with all those who still mourn greatly and have suffered her loss – that is what drives investigators and prosecutors.

‘In this case, McGrory at last now faces the prospect of the end of his life being spent behind bars.

‘I’m sure that this individual McGrory believed that he had gotten away with murder. But since the double jeopardy principles were enshrined in statute in 2003, I and my recent predecessors have had the ability to try to put matters right.

‘Although these cases are rightly very rare, where we see a significant miscarriage of justice, such as a wrongful acquittal for a murder, which was clearly committed, the message is: the system will catch you in the end. And that is what we’ve done in this case.’

His conviction reverses an earlier acquittal delivered by a judge 46 years ago.

Acting Detective Superintendent Rebecca Reeves, of the Met’s Specialist Casework Team, said: ‘This was an extremely brutal attack on a young girl and my thoughts are with her family, with her siblings and the other members of her family who are still alive today.

‘I hope that finally, the outcome at court has brought them some element of comfort.

‘This has been an extremely challenging investigation lasting a number of years. The result and conviction at court in 2022, comes after seven years of real investigative work. The case officer has worked throughout that and with great dedication.

‘McGrory was acquitted at court in 1976 but it was thanks to a forensic review, which came about following a request made by Jacqui’s family. That forensic review found DNA evidence and that was the new and compelling evidence that was brought by police and by prosecutors to the Court of Appeal, who agreed that he should stand trial again, which is what happened.

‘This is an unusual case. And the length of time that’s passed, made it extremely challenging. It was challenging from a forensic science point of view. And it was also extremely challenging for the witnesses in this case. Witnesses included members of Jacqui’s family, and they had to look again at the statements which police had taken from them in 1975 revisit those events, which of course, were extremely traumatic for them.’

She added: ‘Members of her family gave evidence in this trial and they were extremely brave in doing so because McGrory was a violent bully who terrified the women in his life and that impact, that influence, was something that some of them still felt today.’

Claire Prodger, of the CPS London Homicide team, said: ‘Dennis McGrory has finally faced justice for his murderous actions all those years ago. He selfishly and brutally ended Jacqueline Montgomery’s life and must have thought he had escaped.

‘The further evidence collected by the police, and used by the prosecution at trial, have made the jury today certain that he committed these crimes. He now faces the prospect of ending his life behind bars.’

Jacqui’s sister Kathy said: ‘A violent man who had been living within our family (raped and) murdered my sister. He has been able to live his life. He has spent nearly 50 years as a free man doing as he pleased.

‘I find that unbearable when my sister didn’t even reach her 16th birthday. His actions caused trauma to so many people and there were no consequences for him.

‘The investigation of the last few years has meant revisiting memories of the murder which has caused pain and stress for me and my family and I am relieved that we finally have justice for Jacqui.’