Government has proposed a string of reforms to help end the leasehold scandal that has infected Britain’s housebuilding industry – but says the rules shouldn’t apply to pensioners.

If the plans are agreed, it will save those buying new homes hundreds of pounds a year and force developers to offer fairer terms on new leases.

But the proposals offer nothing to existing leaseholders and contain an exemption on retirement housing – meaning developers will be able to continue charging retirees hundreds of pounds a year in ground rent.

According to the Government, pensioners living in retirement specific housing should have to keep paying the average £500 they pay annually for ground rent  because retirement developments cost more to build.

Most retirement housing is sold on a leasehold basis, meaning the homebuyer is granted a long-term tenancy, often up to 999 years. Residents usually then have to pay ground rent to the freeholder, or landlord, of the property.

Because of the additional community facilities involved in these developments, the building costs for retirement housing are usually higher than for mainstream blocks.

Following consultation with the industry, the Government claims that the cost of building these extra facilities can only be paid for by charging homebuyers rent on the ground their homes are built on.

The Ministry of Housing, Communities & Local Government is now proposing that residents of retirement developments either continue to pay ground rents at existing levels, or pay a higher up front cost on the property – around £15,000 in new build blocks.

Taking this latter option would be more expensive for most retirees, unless they lived in their home for more than 30 years.

Why no leasehold cap for pensioners?

According to retirement home developer McCarthy & Stone, since the Government first floated the idea of a ban on leasehold properties, companies building around 90 per cent of owner-occupied retirement developments in England requested an exemption from this change.

It said this would ‘recognise the fact that retirement communities do not use ground rents in the same way as mainstream housebuilders’.

Back in December, when the previous leasehold consultation launched, shares in McCarthy & Stone tumbled 9 per cent to 153.9p.

This is because they make money from charging homeowners ground rent and then selling on the freehold to third-party investors, for an average of £600,000 per development.

This freehold is attractive to investors because they continue to rake in hundreds of pounds a year from the properties’ leaseholders.

If the Government decided to cap all new leasehold ground rents at just £10, McCarthy & Stone could be in serious trouble – and it has warned Government it will stop building as many houses.

But as things stand, the proposed exemption will mean pensioners buying McCarthy & Stone properties will continue to pay ground rents of up to £600 a year, or pay a higher sales price of around £15,000 and ground rent of £10 per year.

John Tonkiss, McCarthy & Stone chief executive, said: ‘The way we use ground rents is very different from the rest of the market.

‘Our ground rents are on fair and stable terms, and capitalising this income helps pay for the construction of the significant shared spaces such as restaurants, lounges and wellbeing suites which are fundamental to the unique communities we provide.

‘Today’s announcement is a positive step for the retirement community sector. We are pleased the Government has listened to our call and will continue working with them to underline the strong case for more specialist retirement properties.’ 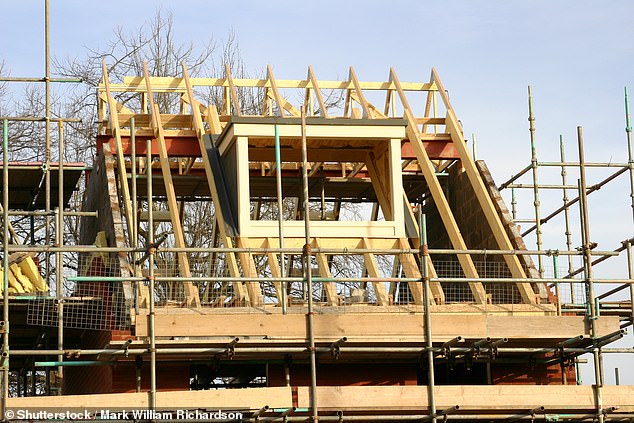 Not all homebuilders sell retirement homes as leaseholds however, and those that don’t do not agree that retirement developments need to rely on ground rents as a source of funding.

‘Abolition of ground rents would not impede on the sector’s growth and rightly puts the residents at the heart of the industry.

‘Removal of ground rents will bring continued focus upon transparency and value for money for residents – a positive step forward for the sector.’

However, L&G do charge exit fees of up to 10 per cent on their properties, which can cost more than ground rent, where as McCarthy and Stone has scrapped exit fees.

The proposals are currently under a period of consultation ending in late November.

Why is there a scandal around leasehold properties?

Some developers included punitive ‘doubling clauses’ in sales contracts that hike ground rents at an alarming rate, ultimately trapping some people in homes they cannot sell.

Once the purchases were complete, in many cases property developers then sold on freeholds to third party companies without informing the homeowners.

In some of the worst cases, freeholders were slapping homeowners with fees to make elementary amendments to their own homes – £252 to own a pet or £60 to put up a doorbell.

A recent study revealed that 96.2 per cent of leasehold homeowners weren’t told what they were getting into before buying their properties, and a Which? investigation has found that lawyers recommended by developers misled customers by not properly explaining to them the terms of their deals.