People on Tik Tok have sent into a frenzy over one woman’s easy hack to keep flies out of wheelie bins.

A Welsh Tik Tok user who goes by the name @sisterpledgecleans has gone viral with her simple trick which involved pouring a little salt in the bottom of a bin.

During the summer months bins can quickly become the favourite spot for flies to congregate, feasting on the rubbish.

But the social media user claimed that the salt soaks up any leaked liquid which could potentially attract the insects and flies and maggots also die when they feed on it. 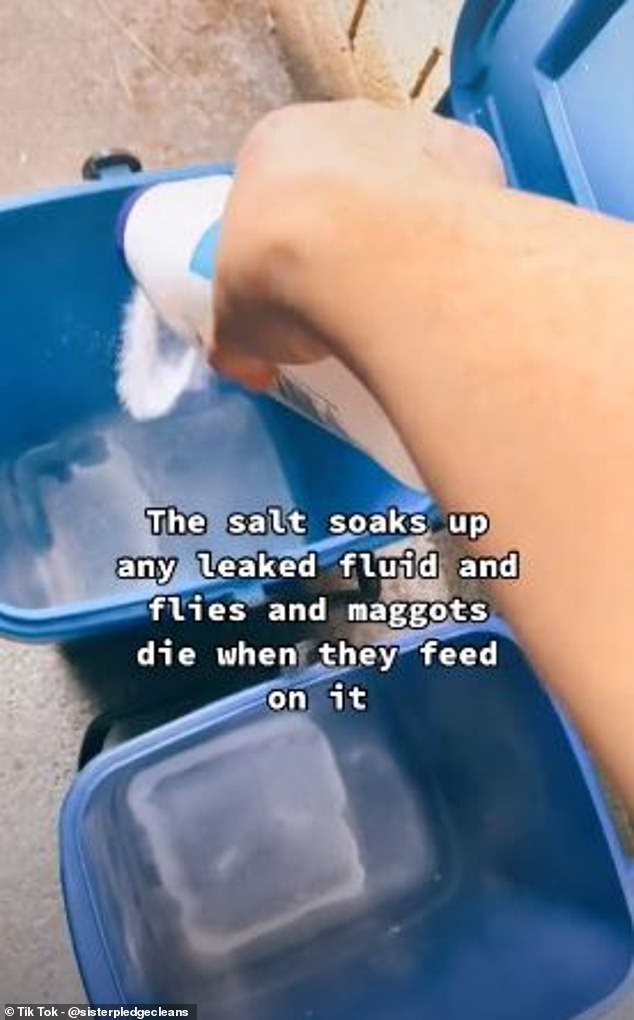 The popular cleaning guru took to her social media to share her favourite trick for anyone else struggling with bugs.

First, she poured water into the bottom of the bins to budge any tough, ground on items at the bottoms.

She then added some cleaning products and scrubbed the bins with a dustpan brush to get them gleaming.

Cleaning the bins as she normally would, she hosed them down and left them to dry out. 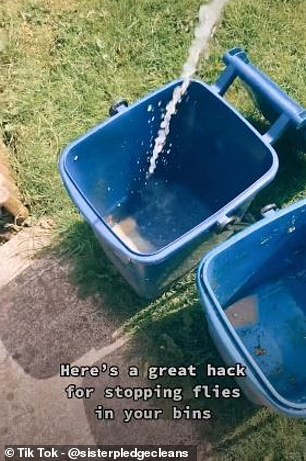 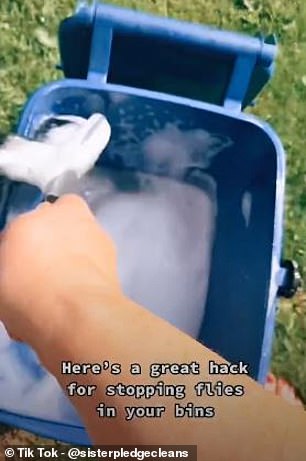 Before adding the salt to the bottom of the bin to keep it fresher in summer, she thoroughly rinsed and scrubbed it out (pictured)

Once dry she explained to her follows that they should sprinkle a ‘generous amount’ of table salt in the bottom of the bin.

She explained: ‘The salt soaks up any leaked liquid and flies and maggots die when they feed on it.’

The video has since been watched more than four million times and people cannot get enough of the simple but effective hack.

One person wrote: ‘Oh thank you!! Our black bin is full of flies yet our compost/food bin isn’t, makes no sense.’ 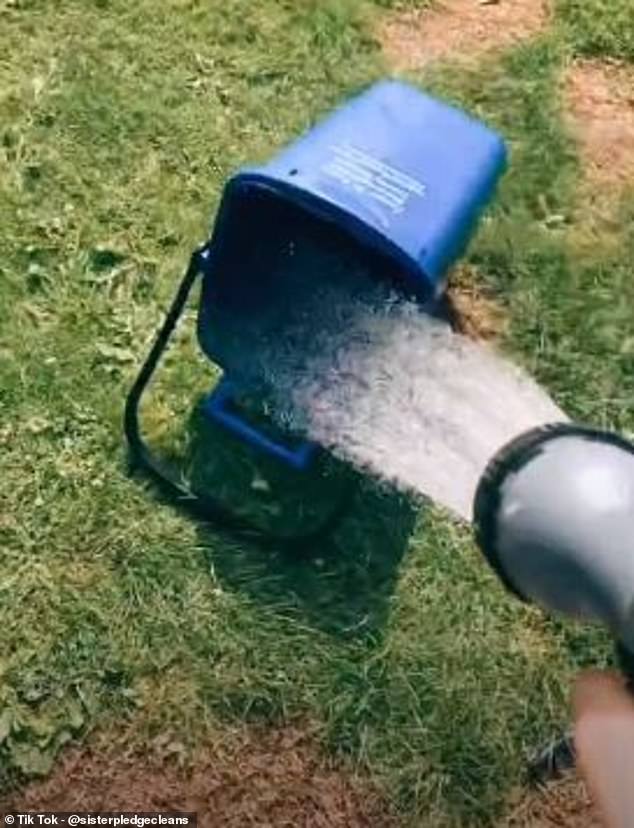 Another said: ‘I literally just cleaned my bins yesterday why did I not see this first!’

One user jokingly wrote: ‘It takes a few years to take effect. They die of high blood pressure.’

The cleaning fanatic often shares some of her favourite chores on the video sharing platform.