In celebration of today being Good Samaritan Day, Burger King released a video of a car on fire on the side of the road and those who stopped to help were pleasantly surprised.

Even the simplest gesture can make you feel good and the social experiment shows a smoking, flaming car stranded on the side of the road with a man standing next to it flagging down people for help.

Despite many people driving right past the car, some people actually stopped and pulled over to lend a helping hand and they were shocked to find out the car wasn’t actually on fire – the smoke was coming from burgers being grilled on the hood of his car.

Help! A prankster pretended his car was on fire in order to try and convince other drivers to stop and assist him 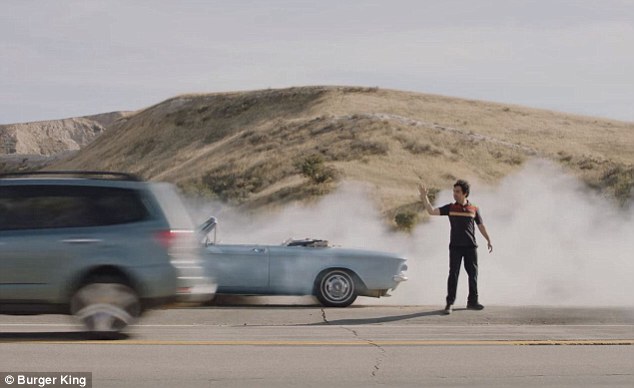 Bye: While some people drove straight past, a few did pull over – where they received something of a bizarre surprise 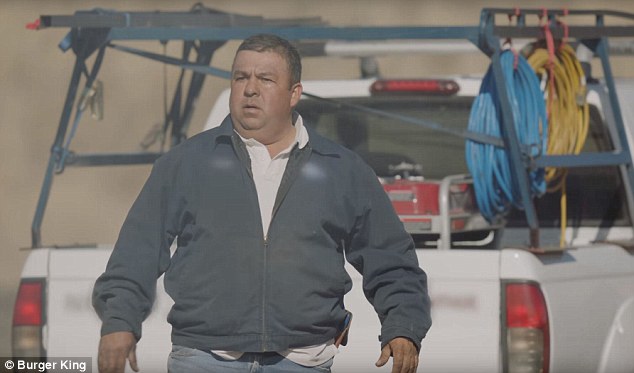 Stunned: After pulling over to offer support, the drivers got a shock when they look under the hood of the man’s car

As a way to remind people about Good Samaritan Day, March 13, and to show that doing good for others benefits you, Burger King debuted the video starring a BK crew member and The King.

The video starts out with a guy standing on the side of a deserted road wearing jeans and a brown polo shirt.

His car is smoking and the hood is popped open as the guy runs back and forth across the highway trying to wave people down for help shouting, ‘Hey how you doing?’ and ‘Good morning!’

Many cars zoom right past him not even thinking twice about stopping, however, a few cars did actually stop to help.

Concerned passerby stopped what they were doing to pull over and help the poor man on the side of the road and you can see the good samaritans popping their trunks to get their tools. 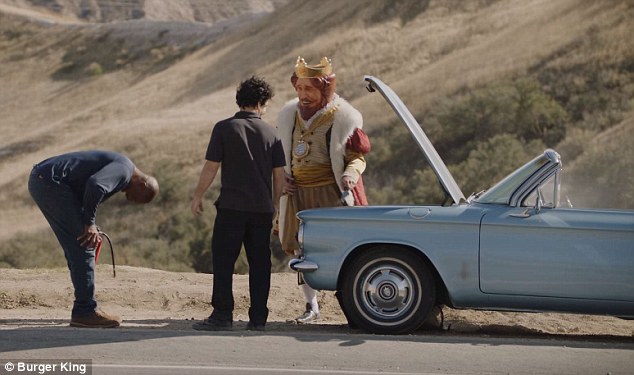 Tasty! The smoke cleared to reveal its source was actually a load of burgers being grilled – courtesy of Burger King 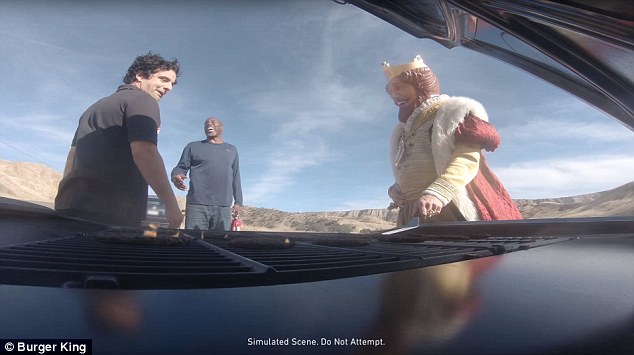 All hail the King! The chain’s spokesman was on hand to serve up burgers to any kind people who stopped to help 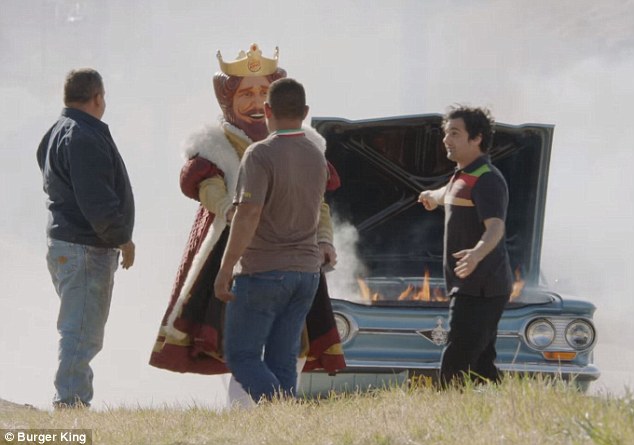 Say hello: From a distance, the flames of the grill under the hood made it look as though the car’s engine was on fire 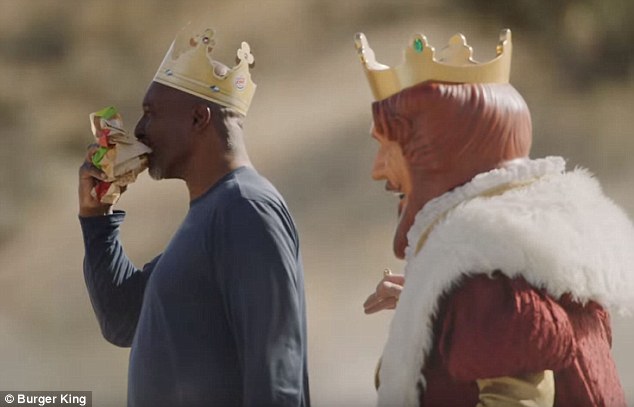 A tasty treat: Any Good Samaritans who pulled over got the chance to enjoy a fast food meal

Each person that stopped to help the man was quite surprised when they get closer to the car only to be greeted by The King dressed in his costume grilling Whoppers on the custom car.

After realizing it was fake and just a social stunt, one guy could not control his laughter as he stood by the flaming car with a fire extinguisher in his hand.

Another guy laughed and said, ‘I thought you guys needed help!’

The people who pulled over to help and who accepted the invite to stick around and enjoy a burger were reminded that ‘good things come to those who do good.’