Forming friendships in the workplace can make your job more enjoyable, however these confessions prove some employers lack the ability not to overstep professional boundaries.

People from around the world have taken to anonymous sharing app Whisper to reveal the most shocking things their employer has ever said, and how it changed their attitude in the workplace.

One woman claimed her employer told her that she ‘needs a breast reduction’, while another said they were denied time off to attend the funeral of their aunt and uncle who died within days of each other.

Another employee admitted she has been doubting her appearance since her manager said her ‘fiancé is too hot’ for her. 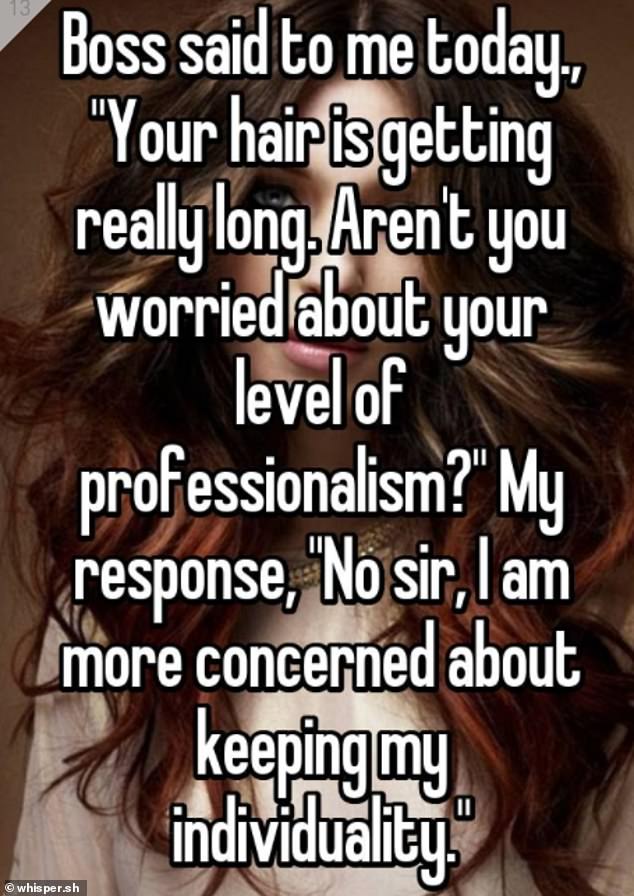 Rapunzel let down your hair! A woman, who lives in Ohio, told her boss that she’s ‘concerned about keeping individuality’ after he commented on the lengthy of her hair 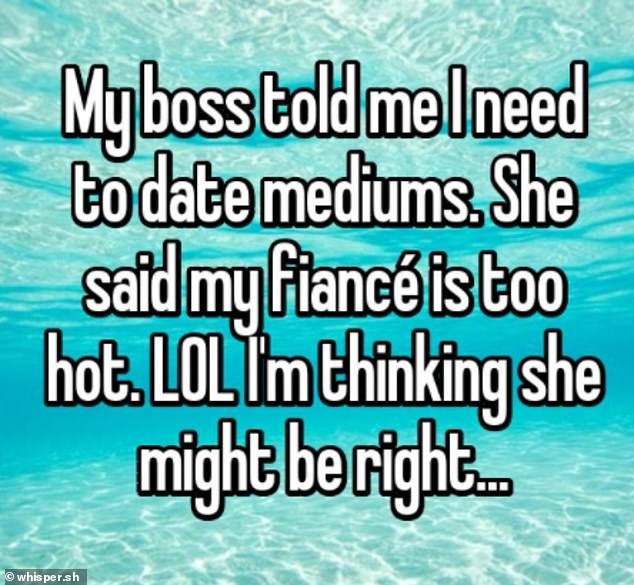 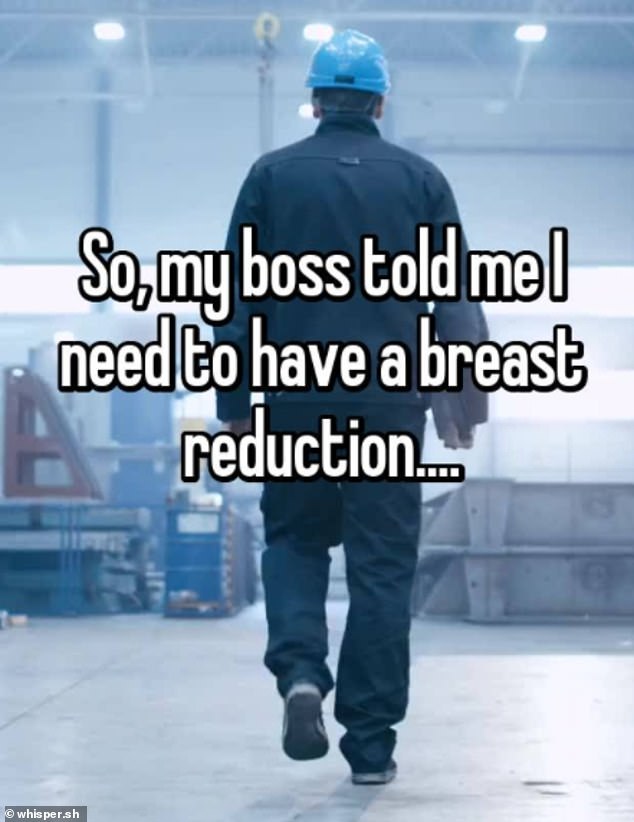 Another worker, from Georgia, revealed she was left speechless after her boss advised her to have breast reduction surgery 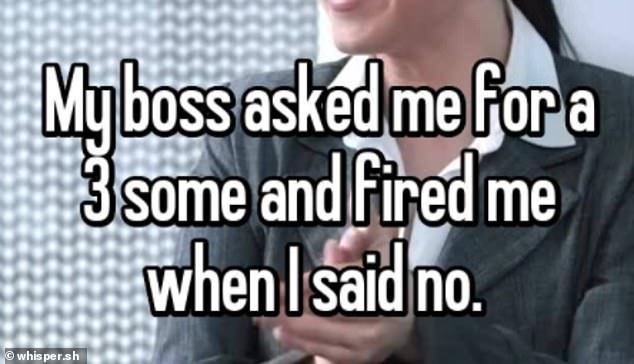 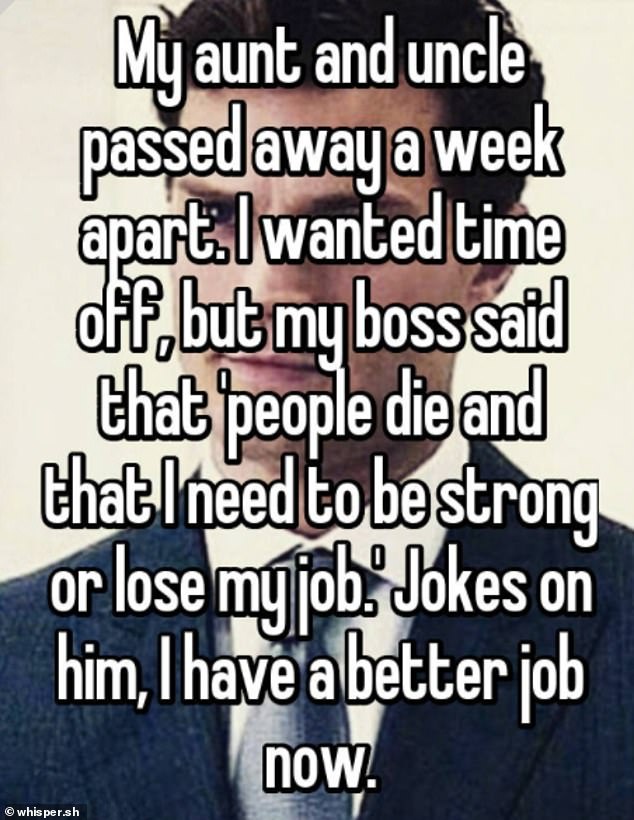 One person, who lives in Canada, revealed they’ve been able to get a better job after working for a boss who refused to give them time off when their aunt and uncle died 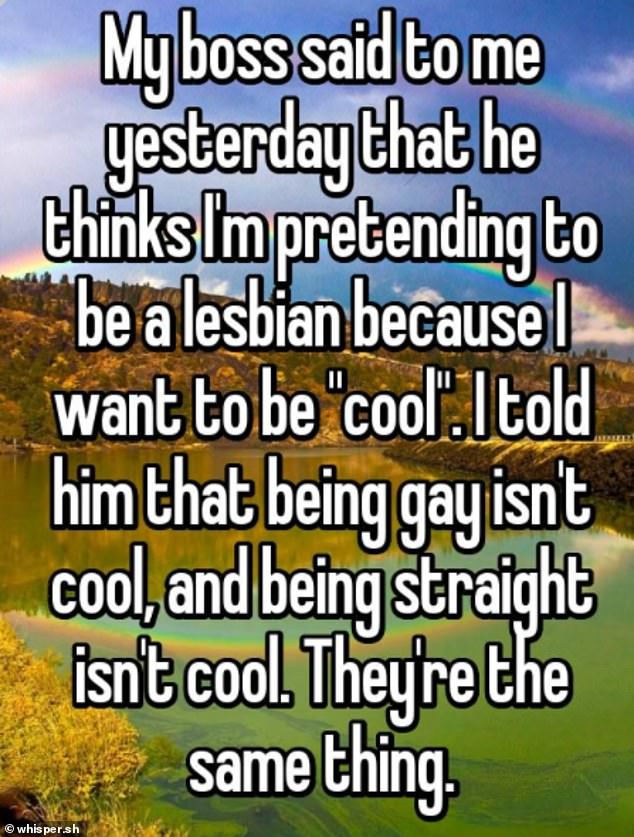 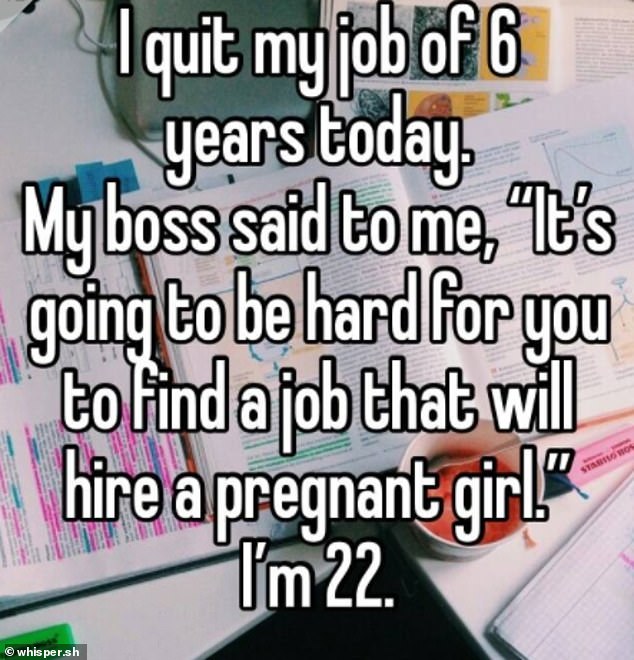 New beginnings! A woman, from Michigan, who quit her job while pregnant claimed her boss said it will be ‘hard’ for her to find another job 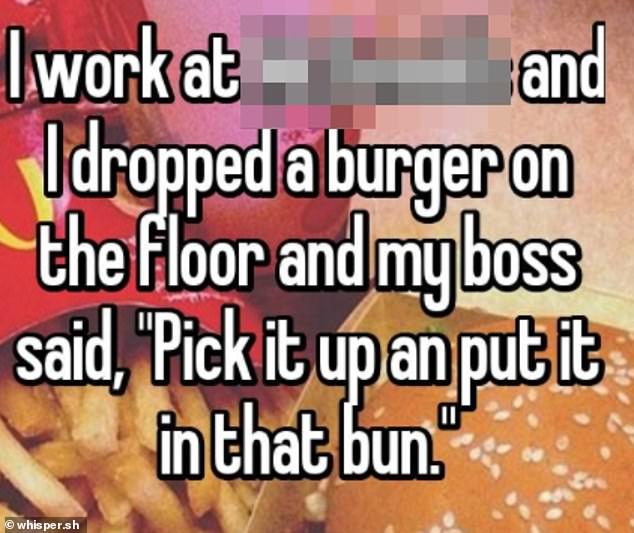