Items were removed from the home of Fotis Dulo on Thursday, six months after he killed himself while on trial for the murder of his estranged ex-wife.

Neighbors told DailyMail.com they believed one of the women in the group was Michelle Troconis, Dulos’ girlfriend who is also charged and is on bail.

The woman was joined by three other people and together, they put items in the back of an SUV then left. It was the first time anyone had been at the property in Farmington, Connecticut, for some time.

Dulos killed himself in January while on bail for his missing estranged wife Jennifer’s murder. He protested his innocence until his death. Jennifer vanished in May last year after dropping the couple’s five children off at school in Connecticut.

She returned home then was never seen again. Police alleged in reports that Dulos – with whom she was embroiled in a bitter divorce and custody battle – was lying in wait for her at the property. They claimed he killed her in the house then drove her body out.

Jennifer has never been found. 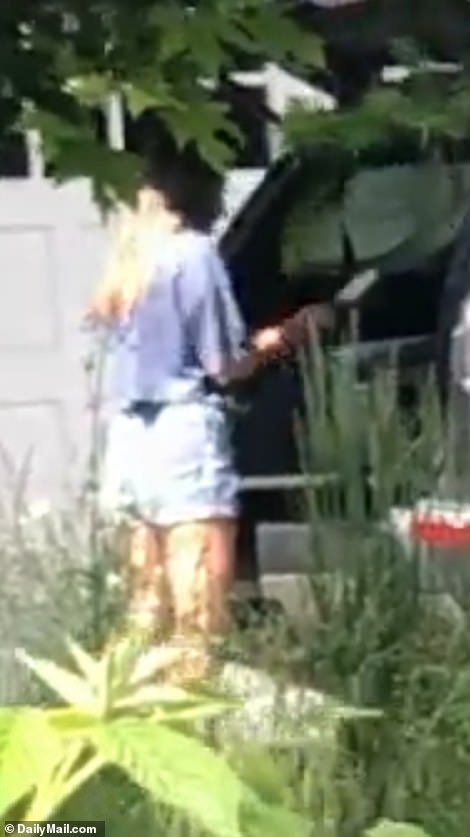 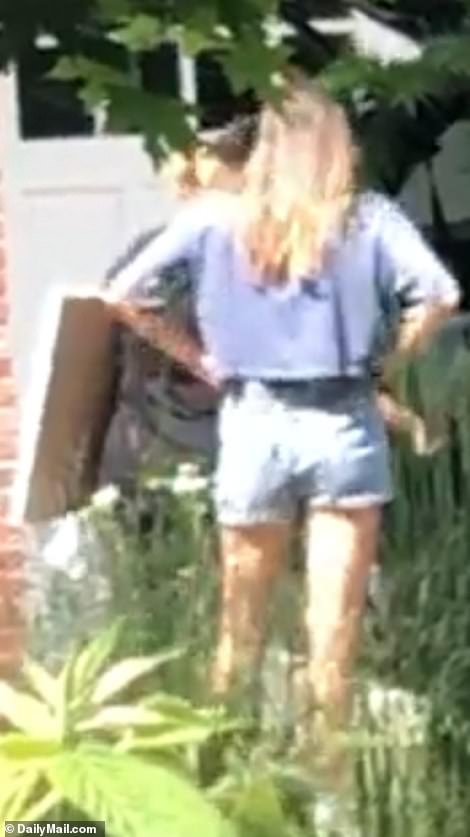 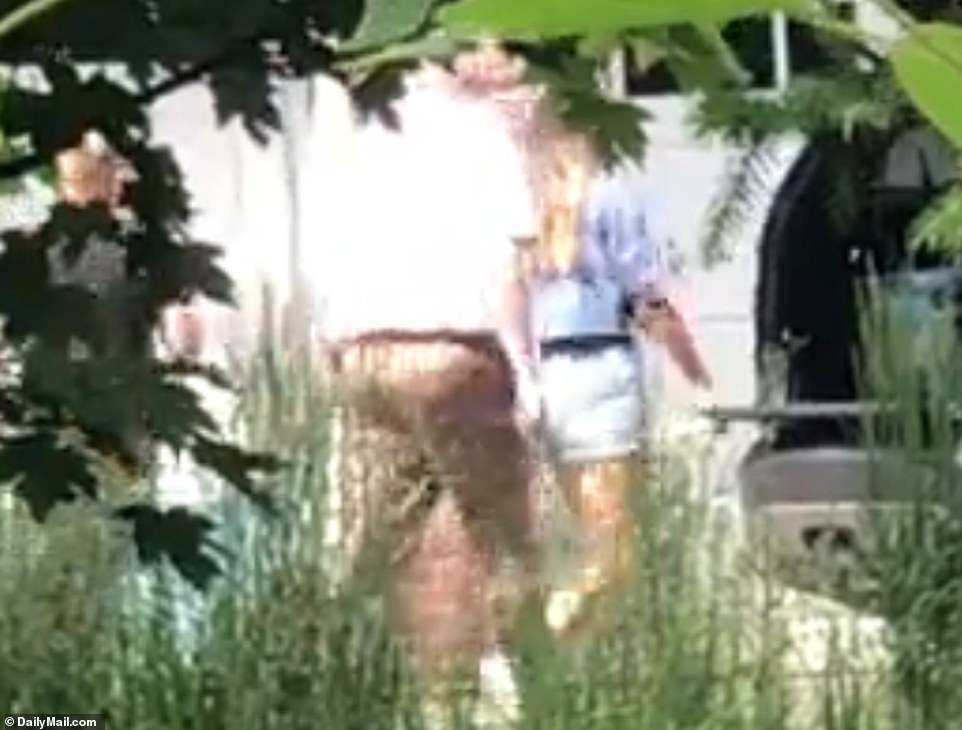 Troconis initially told police that she had been with Dulos all morning on the day Jennifer vanished.

She later changed her story to say she hadn’t been with him all morning and that he wrote them both ‘alibi scripts’.

She was charged along with Kent Mawhinney, Dulos’ friend and an attorney.

TIMELINE OF THE FOTIS DULOS CASE

2004: Fotis Dulos and Jennifer Farber get married. It is his second marriage

In the same year, her father Hilliard starts loaning him money for his property business, Fore Group.

2015: Fotis and Michelle Troconis start taking trips he paid for which he claimed were for business. They later start an affair.

June 2017: Jennifer files for divorce, saying she is afraid of her husband

May 24 2019: Jennifer vanishes after dropping off her five children at school

June 2019: Fotis and Michelle Troconis  are arrested for evidence tampering

Gloria Farber files an order for custody of the children.

House in Avon is briefly searched but not extensively.

August 2019: Troconis ‘turns’ on Dulos in police interviews, admits she lied when she said she had an alibi for him

January 2020: Dulos and Troconis are charged with murder

January 28: Dulos is found unresponsive at his Farmington home

With Dulos now dead and Jennifer still missing, Mawhinney and Troconis are the only people still facing charges in the case.

A huge part of the prosecution’s case is that they found trash bags with blood-stained clothes reportedly belonging to Jennifer in sites where a man, believed to be Dulos, was pictured at the day she vanished.

But in her most recent court filing, Troconis argued that along with her DNA and that of Dulos’ and Jennifer, forensics teams found a fourth, unidentified sample.

Her attorneys say the DNA samples are inconclusive and do not prove she had anything to do with Jennifer’s disappearance.

Earlier this month, police searched a property that Dulos had a demolition contract on in search of Jennifer’s body.

They found nothing and said they’d been driven there by a ‘media generated theory’.

The property’s current owner said investigators promised they would return.

‘I told them anytime, whatever they needed to do,’ says David Ford, the Stamford Advocate reports.

‘I brought them in every room and showed them every nook and cranny,’ Ford said. ‘I told them that ‘if you want to knock down a wall, go ahead. They left no stone unturned,’ he added.

The empty property is not owned by Dulos, but his construction group had a contract to demolish it after it was damaged in a flood. No one has lived in it since late 2017. He and Jennifer rented it in 2010 briefly before Ford bought it.

In 2018, Ford hired Fotis’ company, Fore Group, to demolish it. It’s unclear when the demolition was due to begin or why it didn’t before Jennifer vanished. Fotis killed himself awaiting trial for her murder.

In June last year, police searched the property but they never obtained a search warrant to do it and instead gained entry by getting permission from the owner.

They did not bring cadaver dogs or forensic teams for the first search to look through the woods that are behind it or the septic tank, as they have done with other Dulos properties.

On Thursday, multiple cars were seen outside it and police with cadaver dogs.

The house is less than two miles from where Fotis was living in Farmington, Connecticut, when Jennifer vanished last May after dropping off their kids at school.

Fotis protested his innocence until his death, even writing in a suicide note that he hadn’t killed her.

His girlfriend, Michelle Troconis, and lawyer, Kent Mawhinney, were both charged with conspiracy to commit murder. Both are awaiting their next court date.

Fotis and Jennifer’s children are now being taken care of by her mother.

They were in the midst of a bitter divorce battle when she disappeared and Fotis claimed she had been keeping the children from him.

Jennifer had alleged in court documents that Fotis was aggressive towards her.

Their former nanny described him chasing her around the house on occasions.

Last year, police reports about the case revealed that DNA that belonged to Jennifer had been found in trash bags that Fotis allegedly dumped in public trash cans the night she vanished.

He’d borrowed an employee’s car for the day and, when it was tested, forensics teams found traces of her blood, according to the report.

Troconis initially lied to police on his behalf, claiming they had been together but leaked police reports claim she later changed her story and told police she had been covering for him.

In a statement released last month, Troconis, breaking her silence, said it had been a ‘mistake’ to trust him. 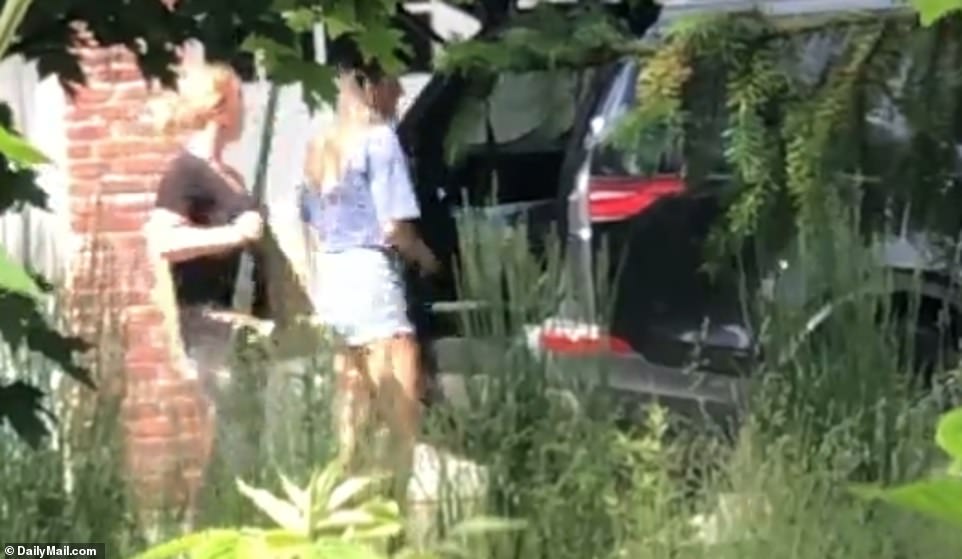 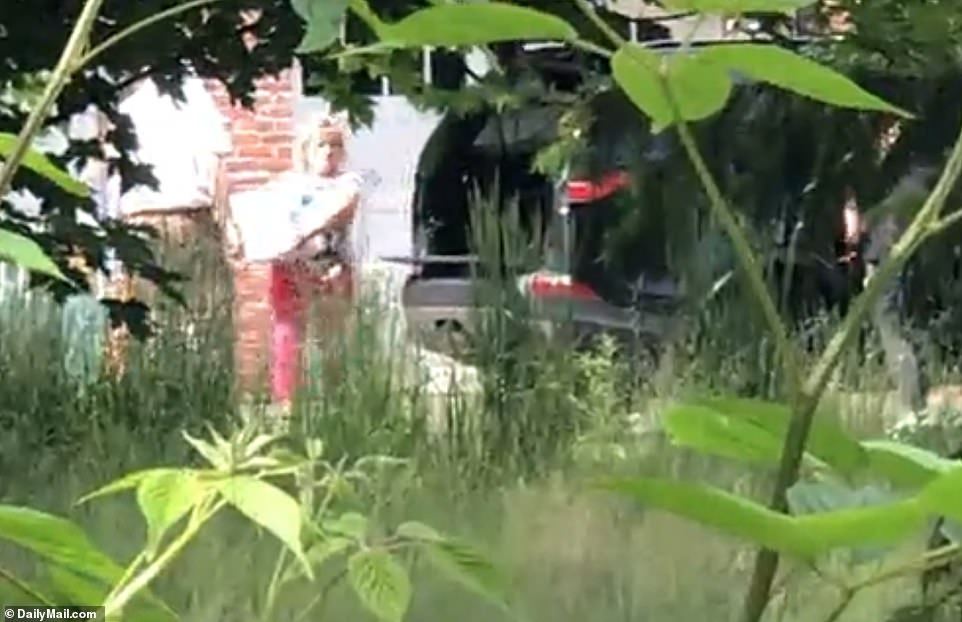 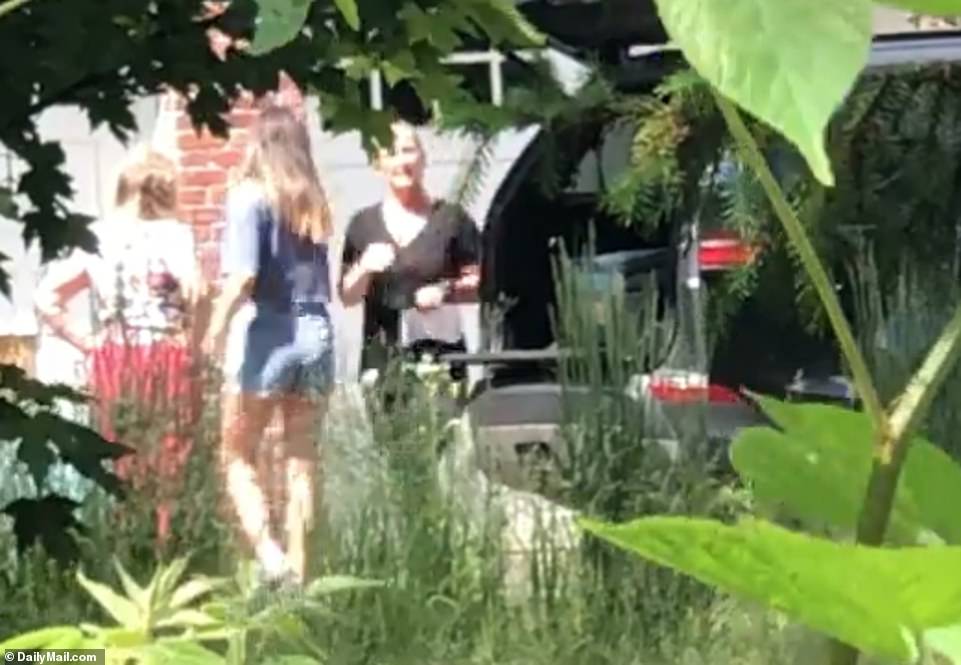 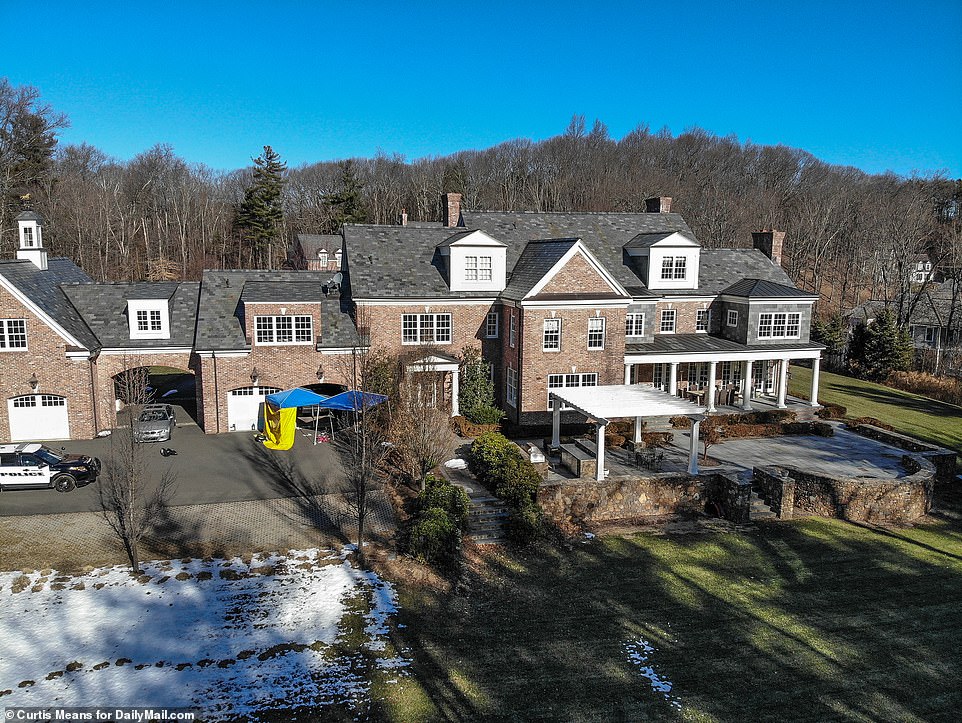 The property in Farmington, Connecticut, where Dulos and Troconis were living when Jennifer disappeared 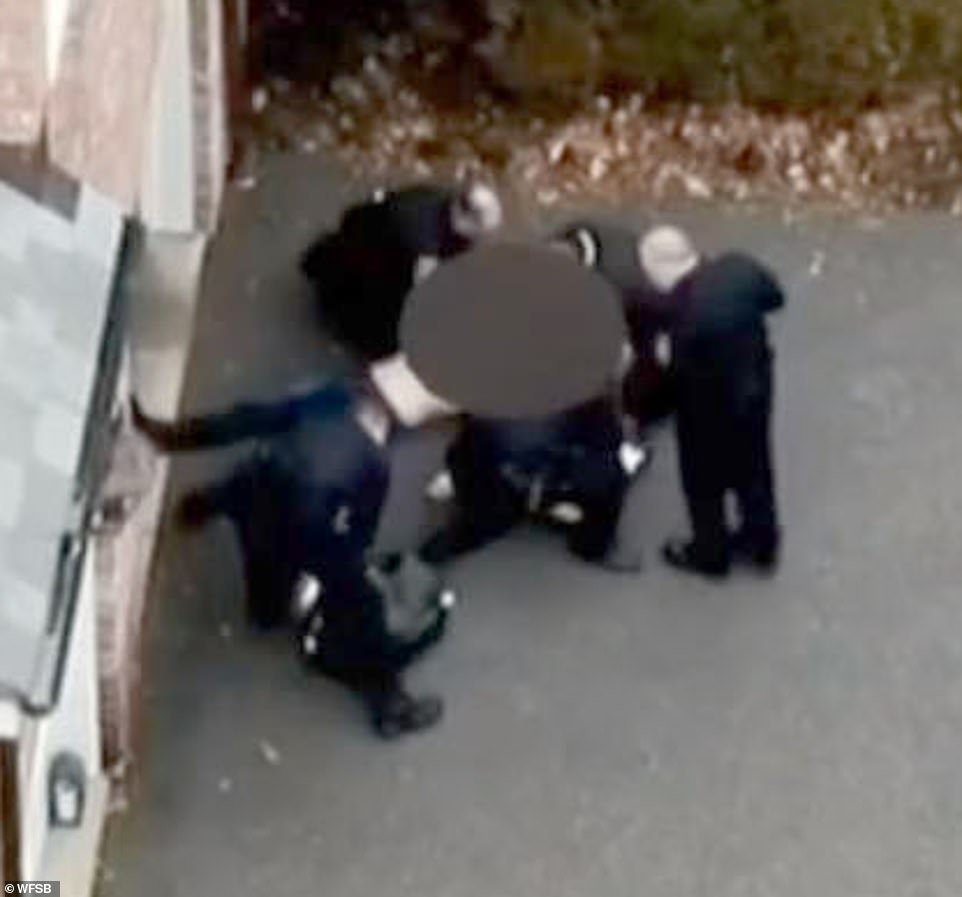 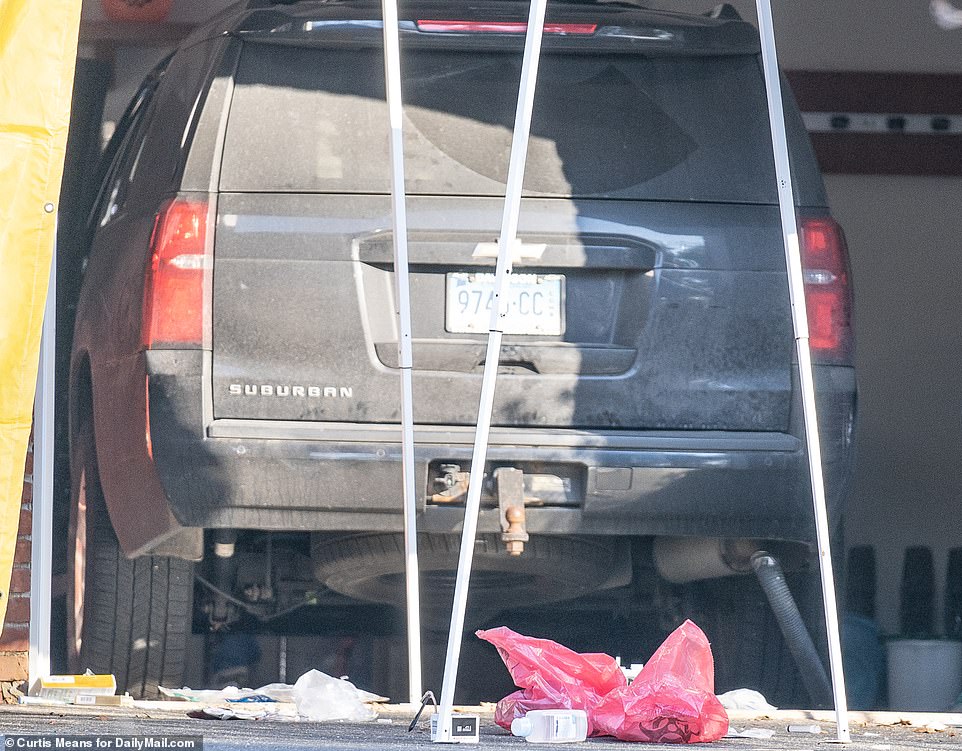 She insisted she still did not know what happened to Jennifer.

Fotis was also in a dispute with Jennifer’s family about money they claimed he owed them.

Throughout the course of their marriage, her late father lent Fotis millions to buy properties to develop them and then sell them on for a profit.

They had an agreement that he’d repay the loans once he’d sold the properties.

He said he was entitled to keep the money because it was part of a family agreement.

He and his attorney made comments that were widely criticized at the time, including the suggestion that she had killed herself in a Gone Girl-style plot and tried to frame him for her death.

Dulos’ company, the Fore Group, had debts totaling $7million when he died and he likely faced steep legal fees from his criminal case and his divorce and custody battle.

He was audacious in his public comments and gave an interview to a newspaper in his native Greece where he complained he’d been the victim of malicious prosecution.

The first set of arrest warrants described how Dulos allegedly lay in wait for Jennifer at the home she was renting and attacked her in the garage. 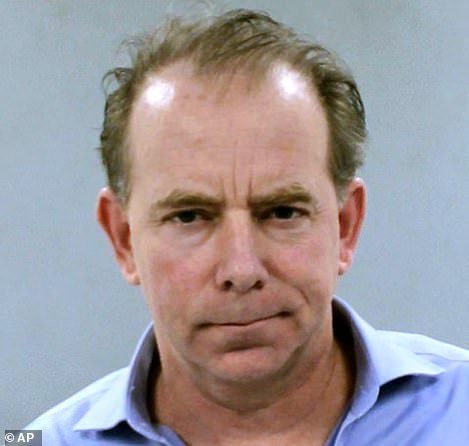 Dulos girlfriend, Michelle Troconis, who he was living with at the time, and his attorney and friend, Kent Mawhinney, are still facing conspiracy to commit murder

The documents state unequivocally that it is ‘strongly believed’ Jennifer was attacked in her garage then put in her own Chevrolet Suburban 2017 to be driven to the spot where the car was eventually found.

In the car, they found her phone which had been active in the location where the car was for 40 minutes before suddenly going offline.

In those 40 minutes, Fotis – who had earlier been seen in Connecticut driving an employee’s car – was nowhere to be seen.

When authorities searched Jennifer’s home they found blood in the garage – which had been previously reported – but exactly where in the garage remained a secret until now.