These effective solutions to everyday problems prove that sometimes the simplest ideas are the best.

Snaps of the brilliant designs were taken in the UK and US, with the best examples collated in a gallery by Bored Panda.

The handy creations included a toilet roll with a miniature roll in the centre, rather than an empty cardboard tube, and a toilet door that can be opened using your wrist, rather than having to touch the handle.

People were also left thanking the clever technology whizzes who added an email feature that reminds you to upload attachments, and an alarm that checks if you meant to set an alarm for ‘PM’ rather than ‘AM’.

Here, FEMAIL shares a selection of some of the life-changing designs…

These soap dispensers are specifically designed for before and after mealtimes, giving people both unscented and scented options to choice from. They were taken at an unknown location 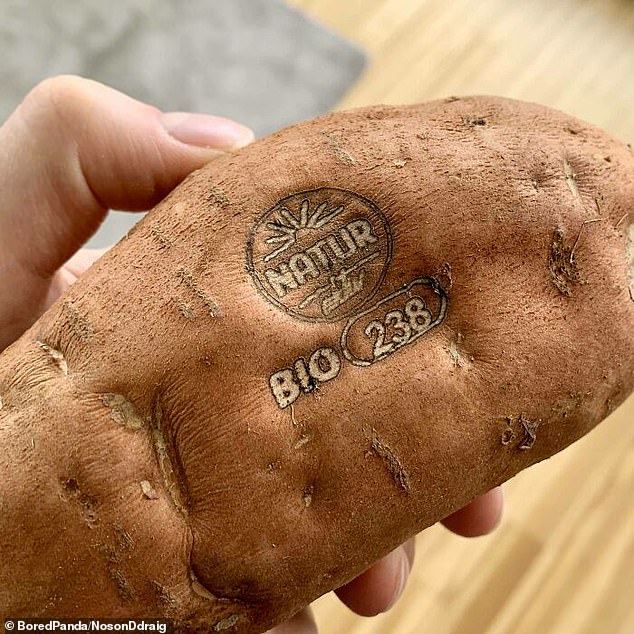 People often accidentally cut through stickers placed on their fruit and vegetables, but one US  company cleverly used a hot stamp to identify the food rather than a sticker 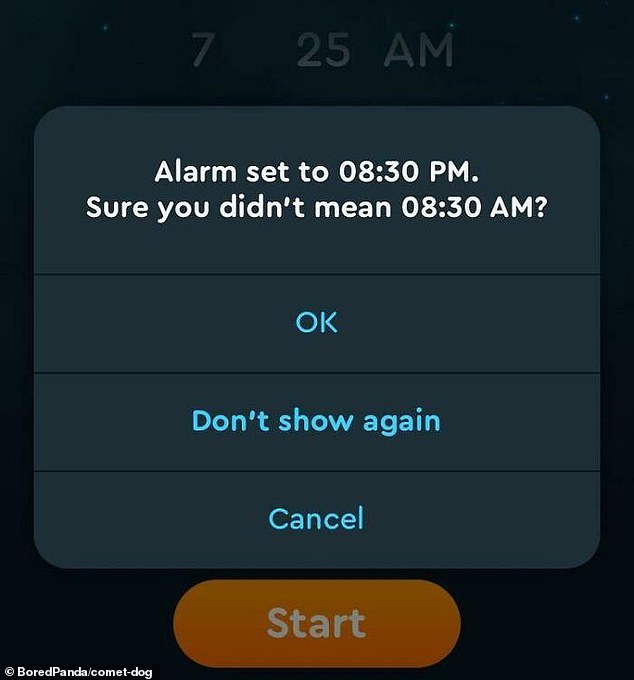 One technology genius, from the US,  created an alarm feature that checks if you meant to set your alarm for ‘PM’ rather than ‘AM’, preventing any embarrassing work mishaps 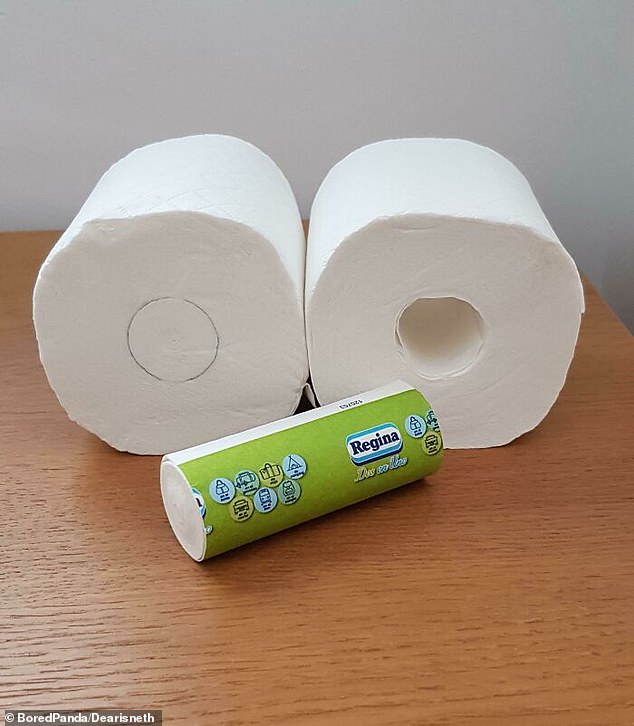 Another designer from the UK, created a toilet roll that contains a miniature and portable roll in the centre, rather than simply featuring a hollow cardboard roll 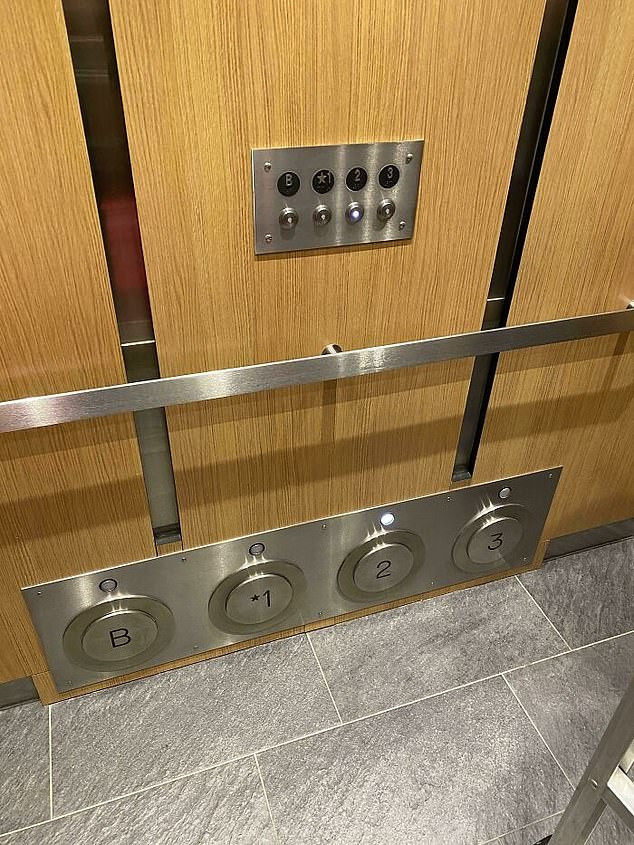 Don’t touch! These lift buttons allow you to use your feet rather than your hands 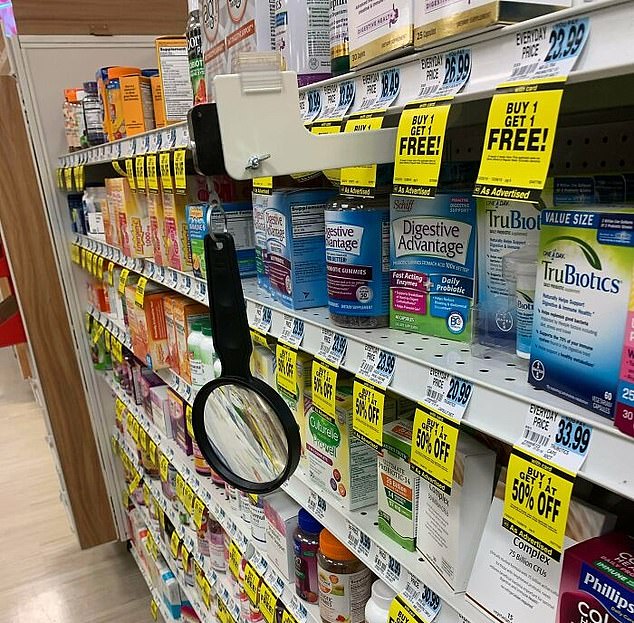 Getting a closer look: This US pharmacy provides a magnifying glass so you can read the small print 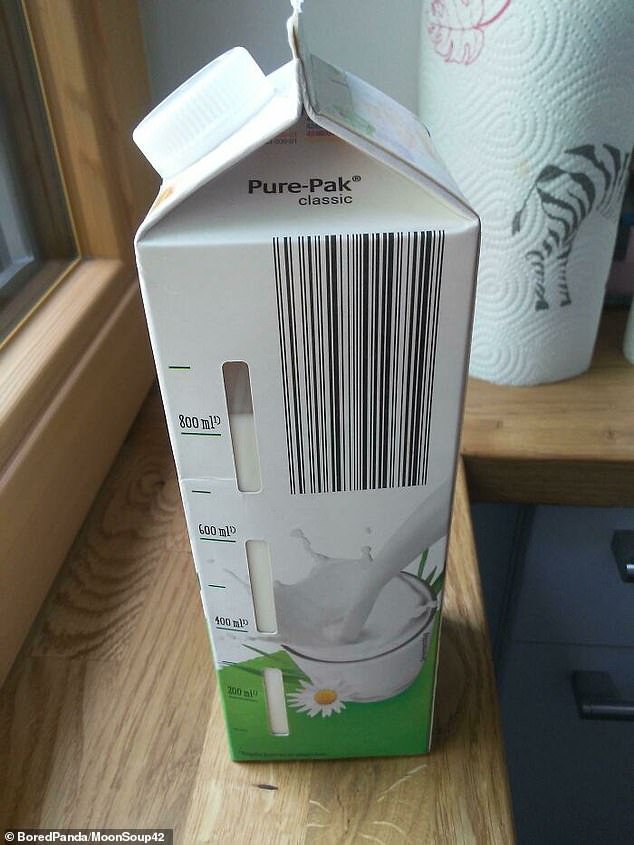 One designer, believed to be from the US,  created a milk carton that shows people exactly how much milk they have left, rather than people trying to guess from the weight of the carton 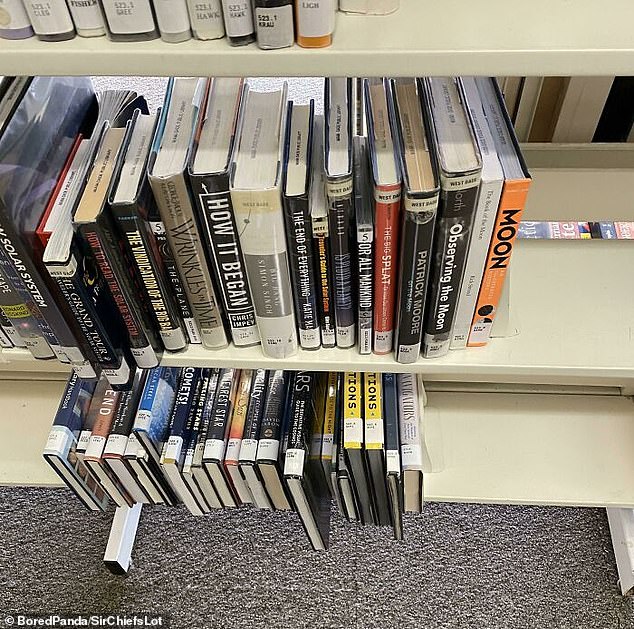 One clever librarian, from North Carolina, US,  stopped people crouching on the floor to try and select a book as they lay books on the bottom shelf on their side so people could easily read the titles 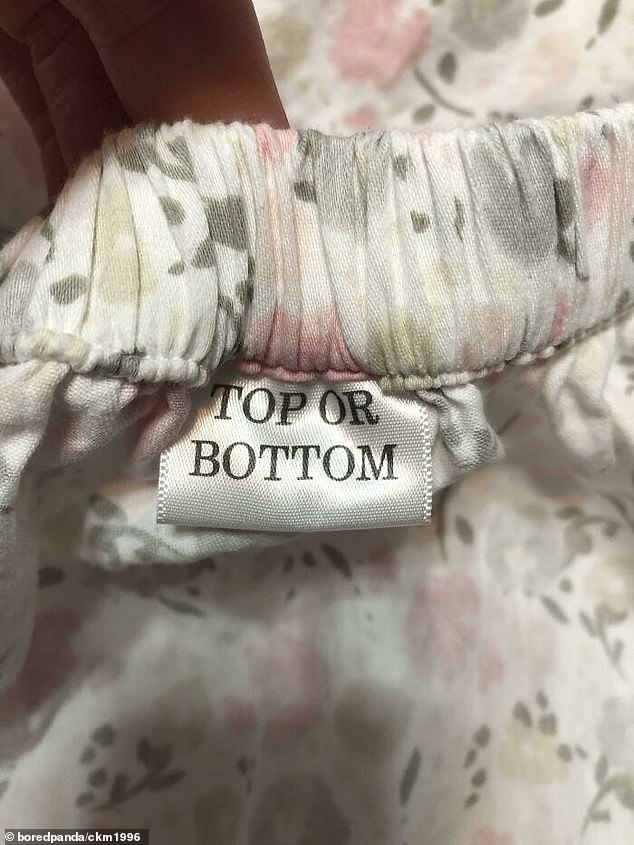 One bed sheet, shared by a user in the UK, had ‘top or bottom’ written on it, to indicate which way up to use it 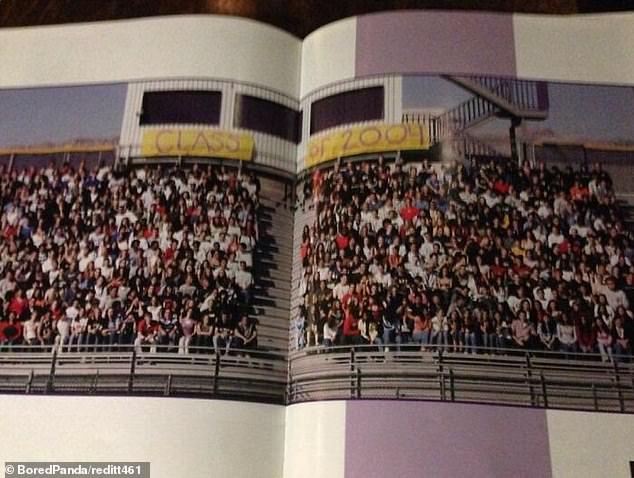 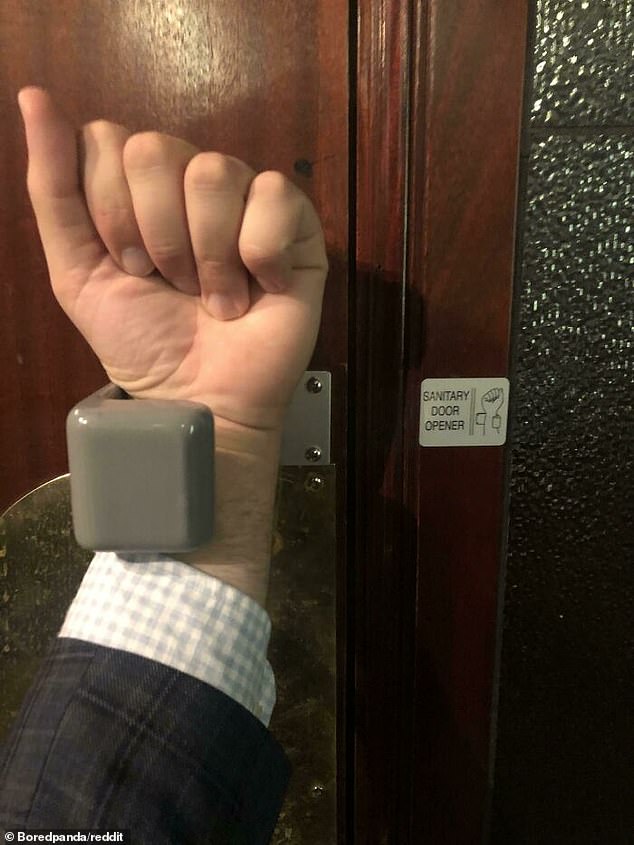 Snaps collated by BoredPanda show ingenious creations that make everyday tasks easier, including a sanitary toilet door handle that can be opened using your wrist. It was taken at an unknown location 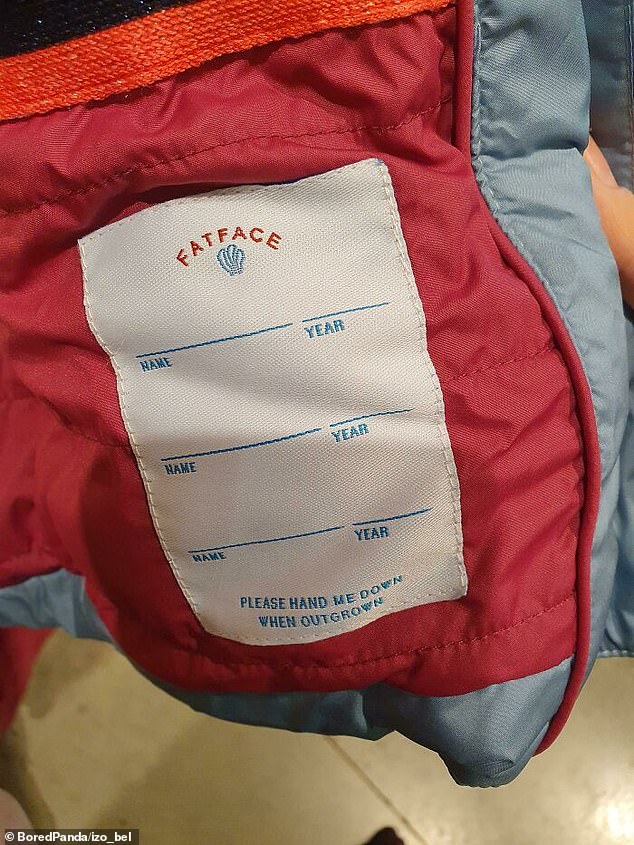 UK lifestyle compnay FatFace tried to encourage reusing their children’s coats as it gave an option for multiple owners, making it much easier for parents who intend to hand-down the clothing 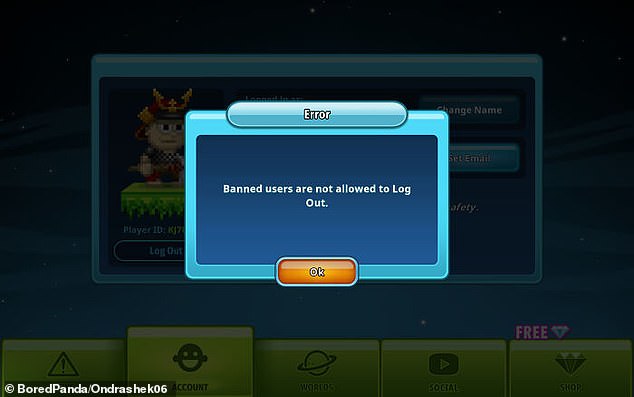 One clever website designed a feature that stopped blocked users from logging out, meaning they cannot simply create another login to re-access the website 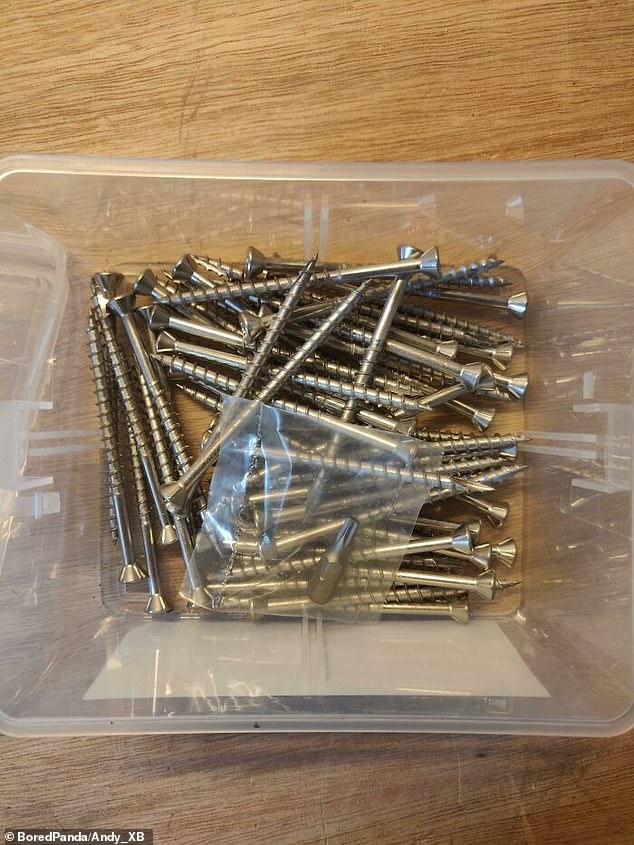 One person bought a box of screws and was left pleasantly surprised when the screws came with exactly the correct tip, stopping the need for trial and error when trying to fit them. It was taken an an unknown location 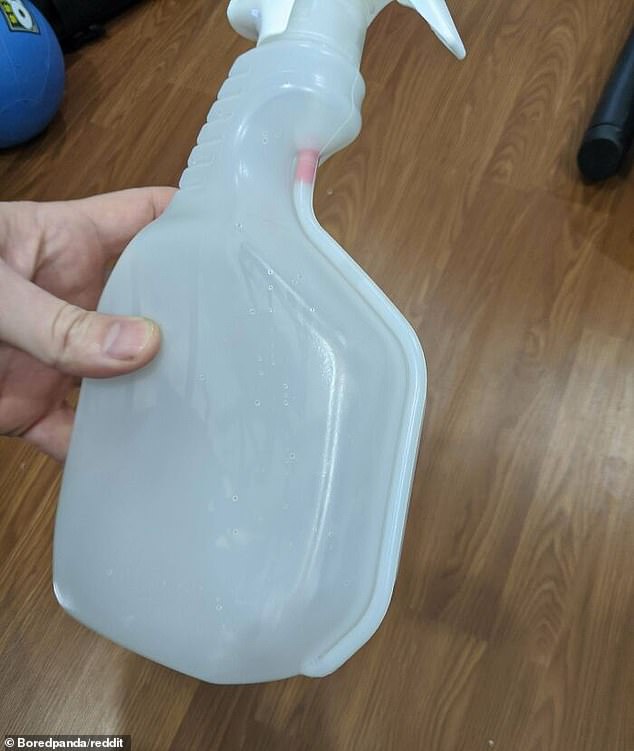 Everyone has experienced annoyance when you are left with liquid at the bottom of a spray bottle, but this designer has created a method to prevent any waste being leftover. It was taken at an unknown location 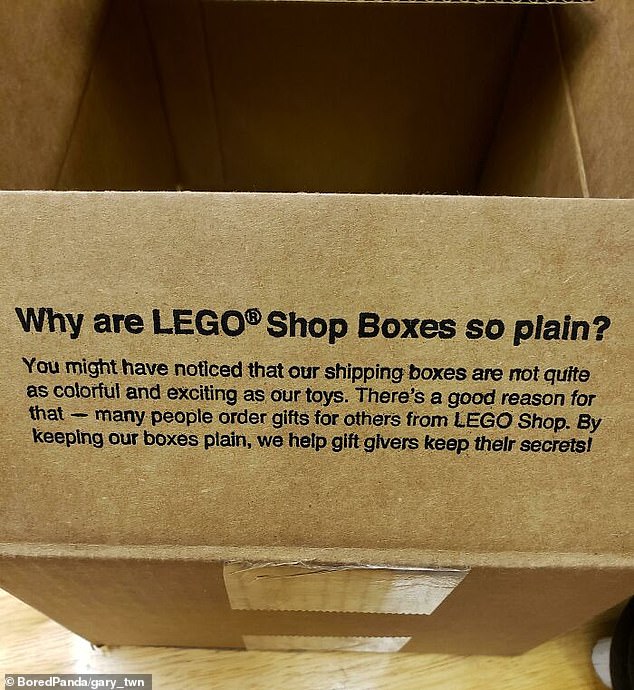 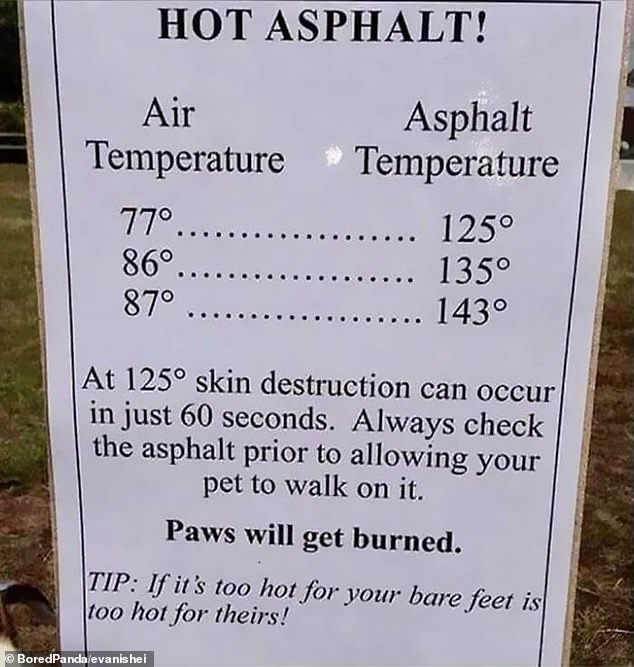 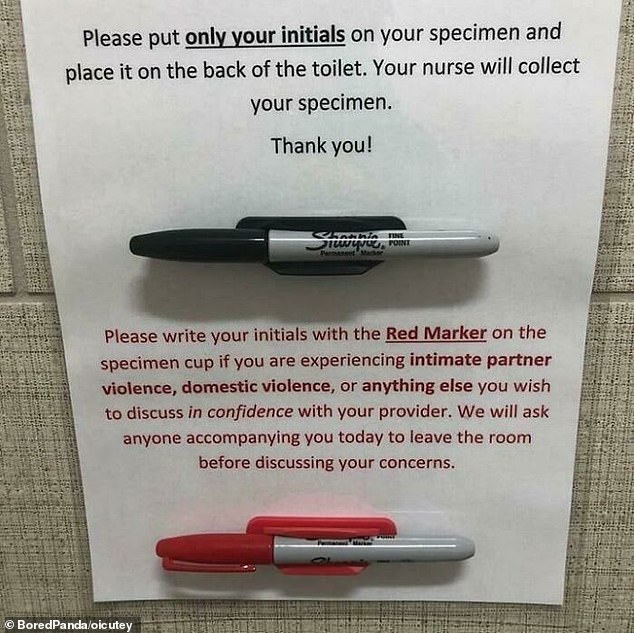 One medical sign, believed to be taken in the UK, gave users a subtle way of signalling whether they wanted to talk about domestic violence or any other issues away from their partners – using coloured pens

People have been praising US tech giant Gmail for their clever feature that checks with users if they have forgotten to attach a document after using the word ‘attach’ in their email text. 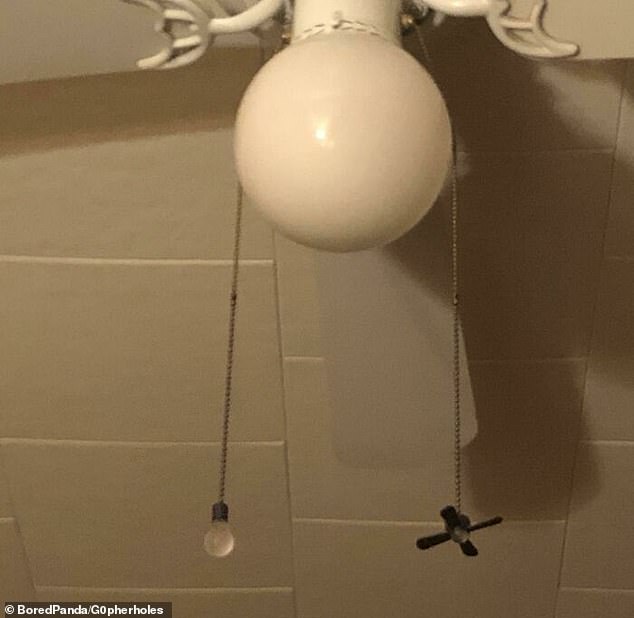 One fan came easily equip with switches that show people exactly what each string does, as they are decorated with a small version of a lightbulb and a fan. It was taken in the US 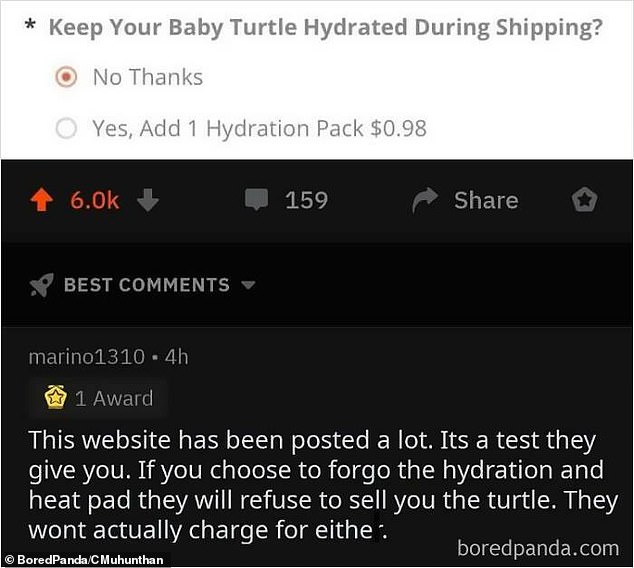 One company has an ingenious method for checking for animal cruelty, by asking if people want to pay for hydration for their turtle – and they won’t sell to you if you click no, it was taken in the US 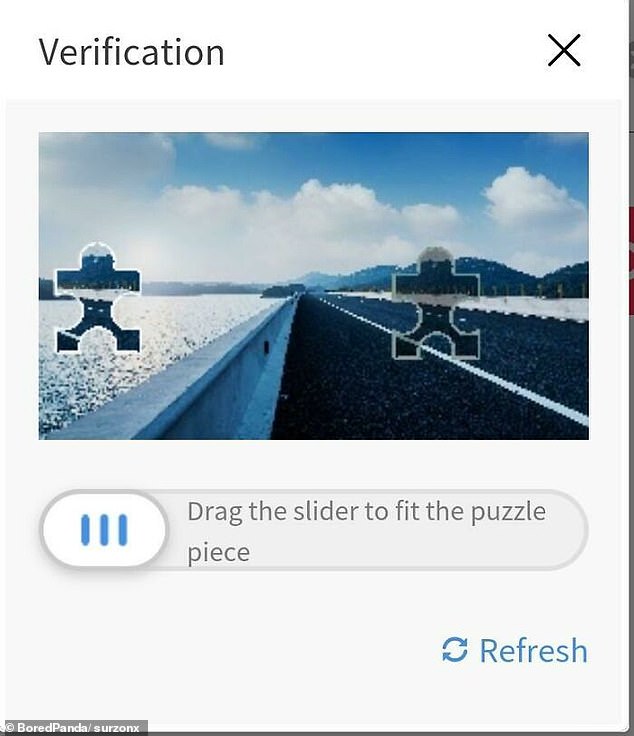 People were left extremely thankful after they were faced with this easy test to prove they were not a robot rather than the usual difficult vocabulary and number tests. It was shared by a US user 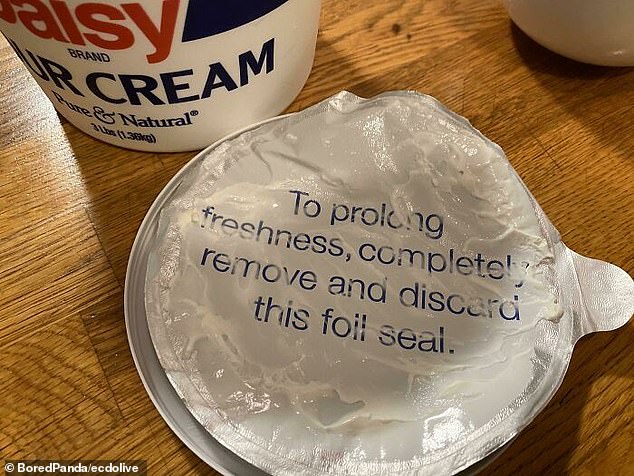 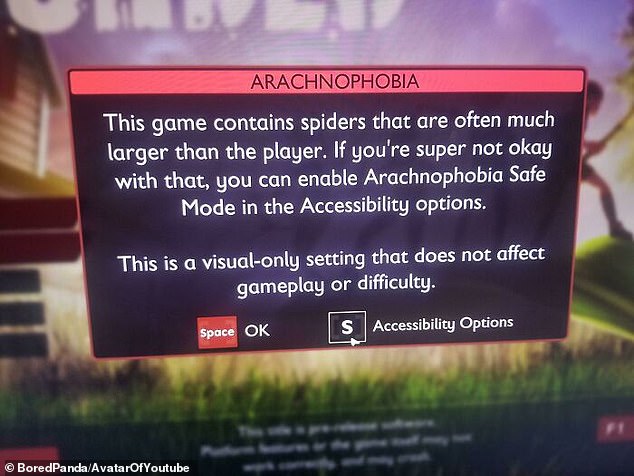 This game had its users at the forefront of its mind with this kind feature, which warned people who might be scared of spiders to enable ‘arachnophobia safe mode’ 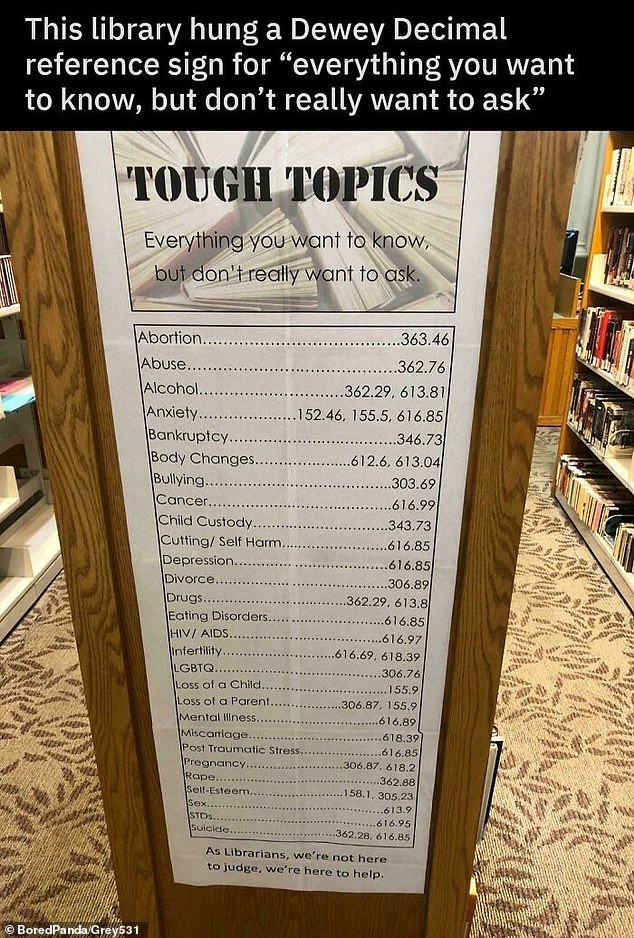 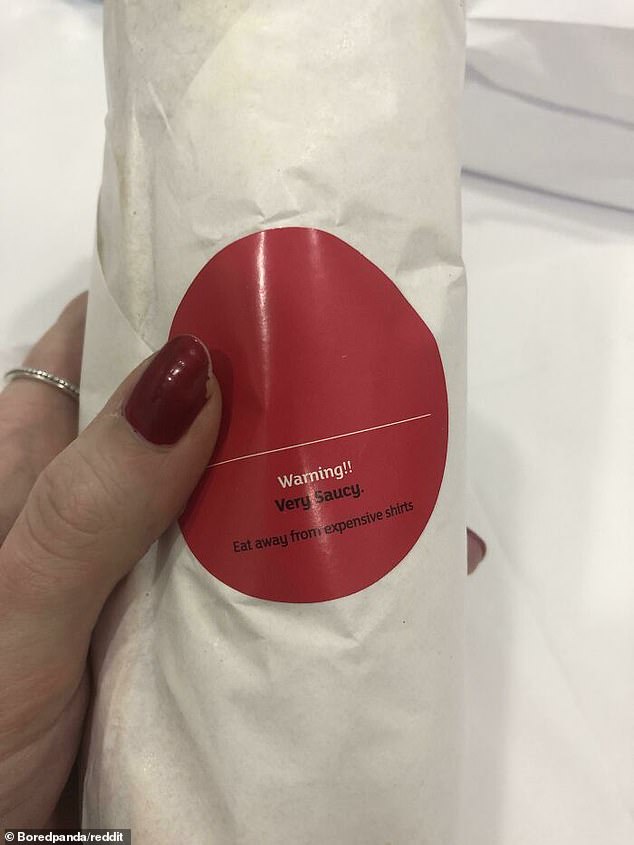 One kind British food company made sure that people were not ruining their best bedsheets while eating their food, as it warned them when their food was ‘very saucy’ 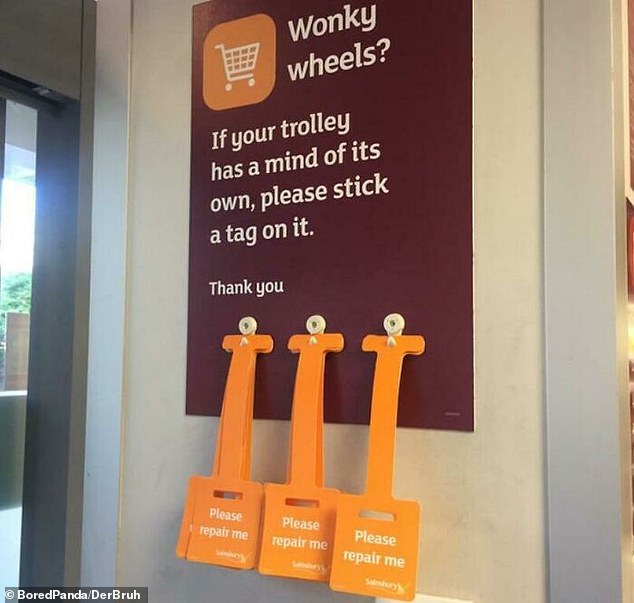 UK supermarket Sainsbury’s gave shoppers an easy way to make sure that any faulty shopping trolleys would be fixed quickly, as they provided bright orange signs to identify any issues