People share passive aggressive phrases they use at work

It’s important to stay professional at work, even if your colleagues are driving you up the wall.

But now, office workers have shared how they get around this problem – by revealing some of their favourite passive aggressive comebacks.

The discussion began after Twitter user @DeeRene_ posted: ‘What is your favorite phrase to use in a professional clap back? Mine is “per my last email…”‘

Others quickly responded with the phrases they like to use to get their point across when they’re annoyed at work, ranging from the subtle to the rather blatant. 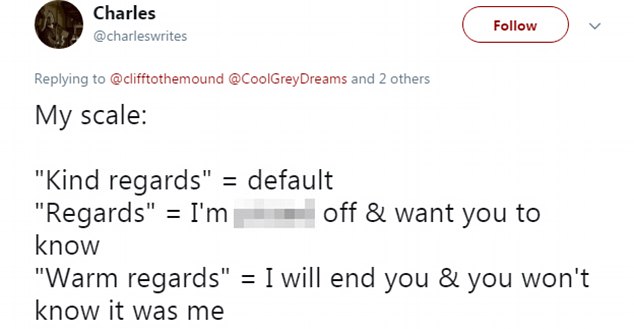 One office worker revealed that his email sign off varies, depending on just how annoyed he is.

Others described how they spell out something to their co-workers when they just won’t listen.

Favourite phrases for this include ‘For clarity, I’ll reiterate’, ‘As previously stated’, and ‘Just so we’re on the same page’.

One office worker revealed her favourite phrase for dealing with this problem is ‘For clarity, I’ll reiterate’

When someone won’t listen to what you’re saying, you have to make your point crystal clear

Another issue is getting someone to actually respond to your email in the first place.

One person revealed that they use the very bold tactic of numbering each request in the subject line, while another prefers the more subtle technique of saying: ‘Not sure if my email made it to you as I haven’t heard back’.

Meanwhile, some Twitter users shared their frustration of people going back on what they’ve said.

Meanwhile, one Twitter user explained how she likes to use the word ‘Respectfully’ – followed by something ‘very direct that may or may not be perceived as respectful’. 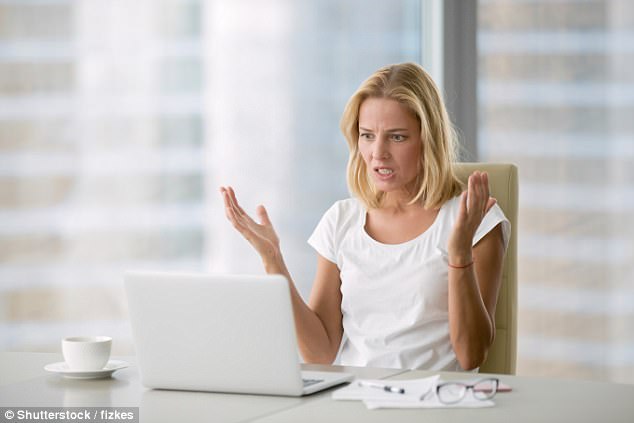 When someone isn’t being co-operative, it’s best to thank them in advance for their co-operation

If someone is purposefully trying to be difficult, ‘As you are no doubt aware’ is a handy phrase