Pep Guardiola has downplayed Manchester City’s chances of reaching the latter stages of the Champions League despite their remarkable comeback win at Schalke.

City’s 10 men produced a stunning turnaround in Germany on Wednesday evening, having fallen behind to two Nabil Bentaleb penalties after Sergio Aguero had given them the lead.

Leroy Sane came back to haunt his old club by coming off the bench to hit a spectacular free-kick before Raheem Sterling grabbed a dramatic last-gasp winner to put City in the ascendancy of the last-16 tie.

Historically, City have not fared well in this competition but despite already having one foot in the quarter-finals, Guardiola has insisted his side are still not equipped to go all the way this season on the basis of Wednesday’s performance.

‘We played good, we started really well, but still we lost some easy balls when we’re not allowed to do that in this competition.’ 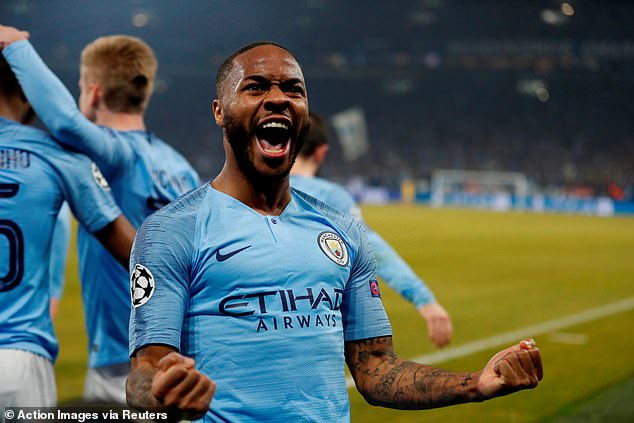 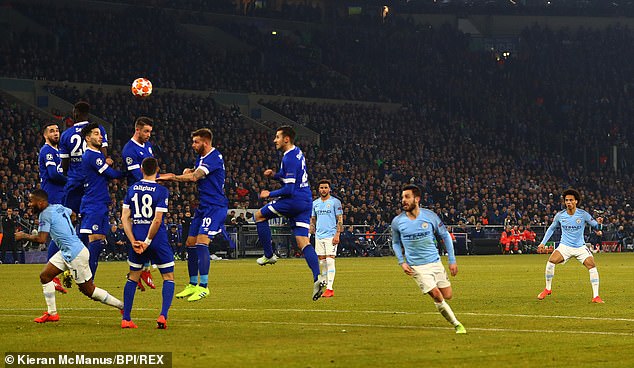 Despite the contentious decision to award Schalke’s first penalty, which saw the referee unable to review the off-pitch video monitor and VAR deliberate over the incident for four minutes, Guardiola surprisingly defended the technology after the game.

He added: ‘I trust VAR, i’m a big fan of that, penalty is a penalty. I have arguments sometimes, but not this one, I think it’s penalty first one, second one, and red card.

‘We gave two goals when they didn’t do absolutely anything. The game was quite good, in the end the quality was from Leroy.’ 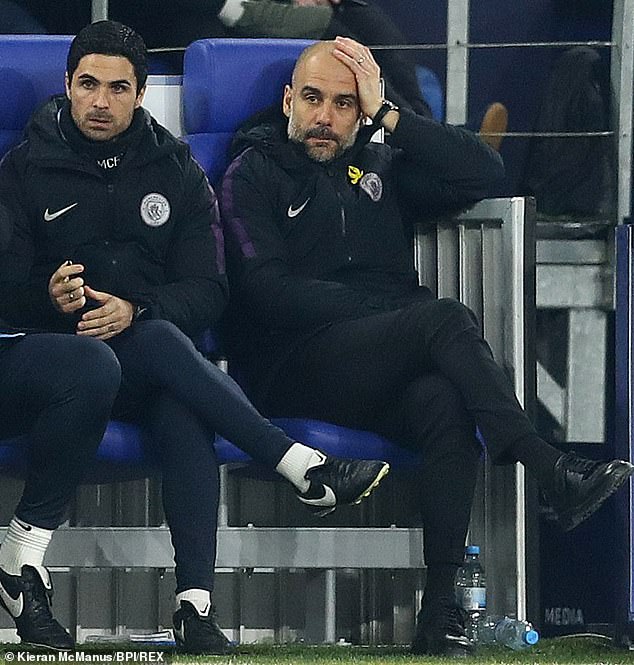 Despite the win Guardiola said: ‘We’re not ready to fight for the latter stages, that’s the reality’