‘I’m going to do my best but it won’t change my life’: Pep Guardiola insists his spell at Manchester City does not hinge on Champions League success

City have not gone beyond the quarter-finals in Guardiola’s first three seasons at the club and were controversially dumped out by Tottenham last April.

The Catalan maintained that retaining the Premier League remains a priority and he will sleep easy if City do not lift Europe’s most coveted trophy on his watch.

‘I know the reason why we’ll be judged,’ Guardiola said. ‘People say you have to win the Champions League. OK, I have to try. I’m going to do my best but it’s not going to change my life.

‘We’ll see how we arrive. Of course we want to win it. We dream of it, we work for it. I’m not going to say today about the Champions League when my focus is on Brighton tomorrow.

‘You watch the draw, see the teams, go home. My next 10-11 months is not about the Champions League. We want to win the Premier League as well, the cup as well.’

City have a horror schedule in Europe, with a trip to Shakhtar Donetsk first up in Kharkiv on September 18. Guardiola’s side also travel to Zagreb and Milan.

‘It (winning) is important, I know it’s important and if it happens it will be important,’ he added. ‘But I will be the same guy, I’ll wake up in the morning, work a lot, go to sleep as early as possible, eat good and love the people I love. 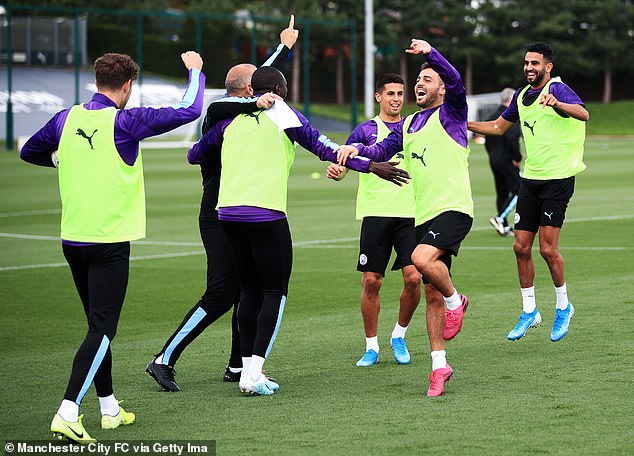 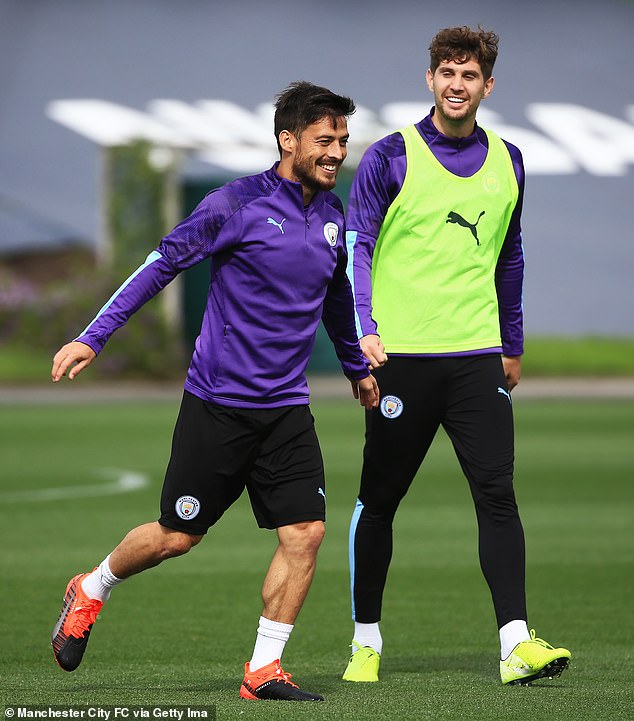 City, the favourites for the competition, were handed an easy draw in the group stages

‘When I say thank you to everybody for my time here it’s not going to change my opinion about this title or that title. We are happy with what we’ve done so far, we came here to play the way we want to play. If we’re good enough we’ll fight until the end, if not we’re going to try next season.’

Guardiola also admitted his ‘surprise’ at Kyle Walker’s omission from the England squad. Gareth Southgate said it was to take a closer look at Aaron Wan-Bissaka and Walker’s manager believes the right back will come back stronger.

‘A little bit surprised at first,’ he said. ‘But I’m not involved. We’ll respect the decision. Kyle is coming back stronger. I understand him and support Gareth.