The Spaniard was pictured in high spirits as he talked with the deputy prime minister of the United Arab Emirates and the Emirati entrepreneur in an office while his squad enjoyed some leisurely time near the beach.

Meanwhile, Gabriel Jesus, Fernandinho, Ederson and Bernardo Silva were all having a spot of lunch during some downtime while out in the United Arab Emirates. 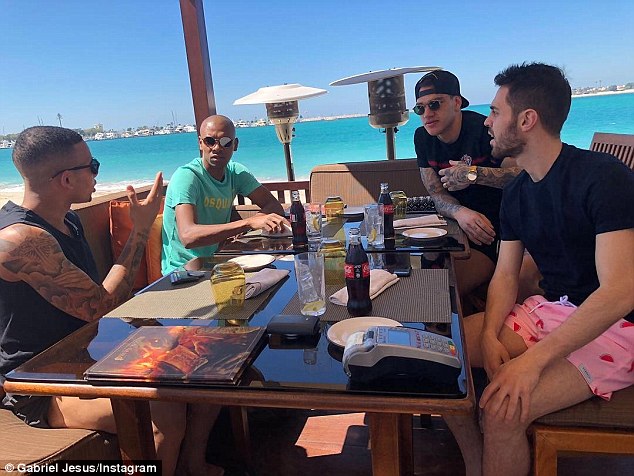 Sergio Aguero also looked relaxed in a photo on his Instagram page, as he soaked in the sun by the sandy beach.

The striker is set to miss City’s trip to Stoke on Monday evening with a knee injury.

The Argentine announced on his official Twitter feed that he expected to be out for up to two weeks with the injury, meaning he could be back for the trip to Everton at the end of this month. 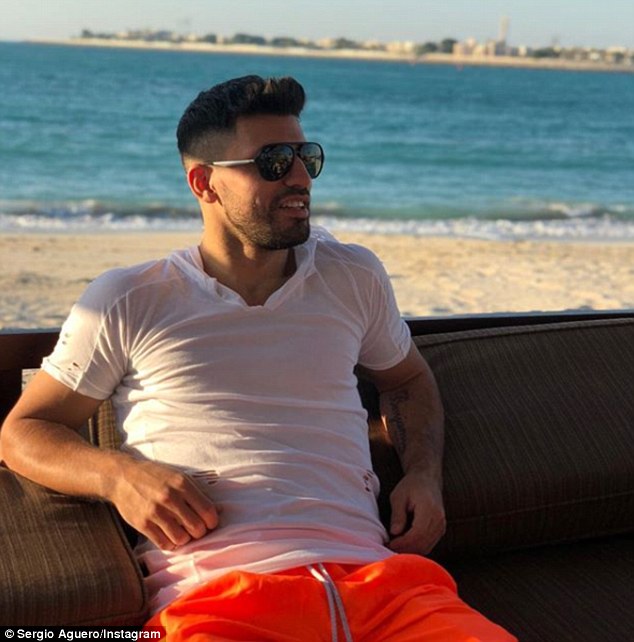 And it wasn’t just the beach where the City players looked like they were having a good time.

Jesus, Kyle Walker and Raheem Sterling all tried their hand at going in goal during one of their training sessions.

The England right back pulled off some audacious saves, mimicking Colombia’s Rene Higuita’s infamous scorpian kick against England in 1995.

Sterling didn’t appear as convincing in goal as he does up front while Jesus relished the challenge of filling Ederson’s boots.

City are expected to fly back to England sometime later this week. 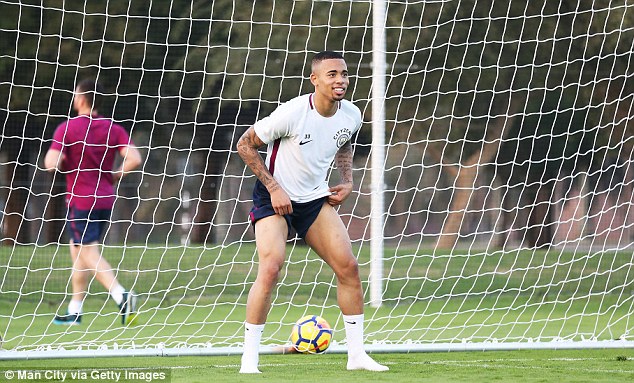 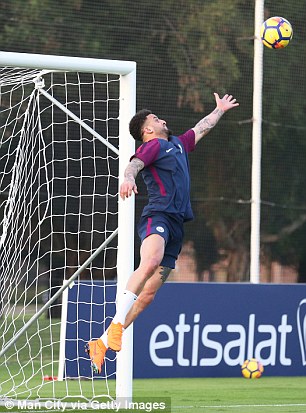 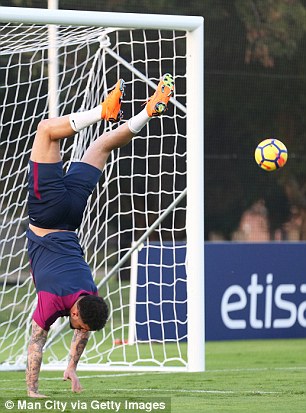 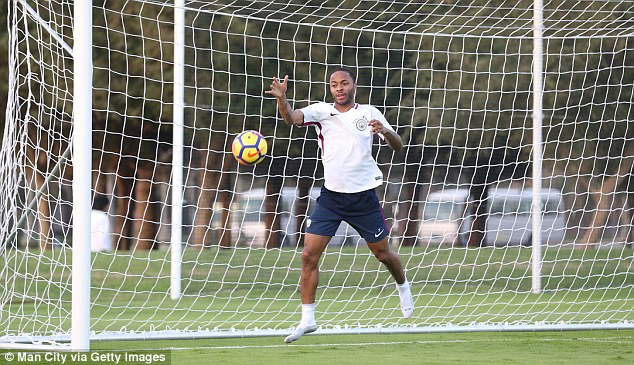