‘I didn’t have doubts about the players’: Pep Guardiola hails Manchester City stars for bouncing back from SHOCK Norwich defeat with victory over Shakhtar Donetsk

Manchester City boss Pep Guardiola has been impressed with his side’s response to last weekend’s shock defeat at Norwich.

City bounced back from the 3-2 loss at Carrow Road on Saturday with a 3-0 win over Shakhtar Donetsk in the Champions League in midweek.

Speaking ahead of Saturday’s home clash with Watford, Guardiola said: ‘I didn’t have doubts about the players. The result was good and performance even better. 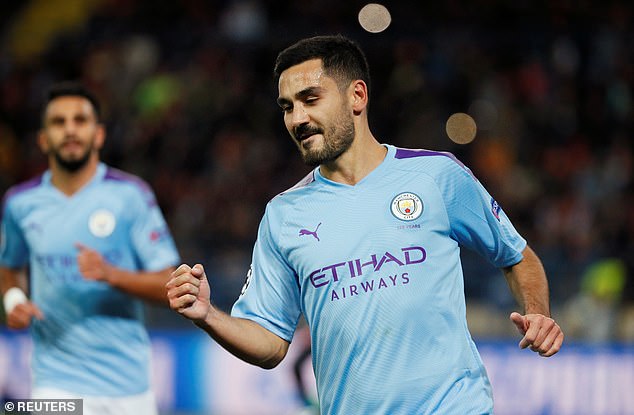 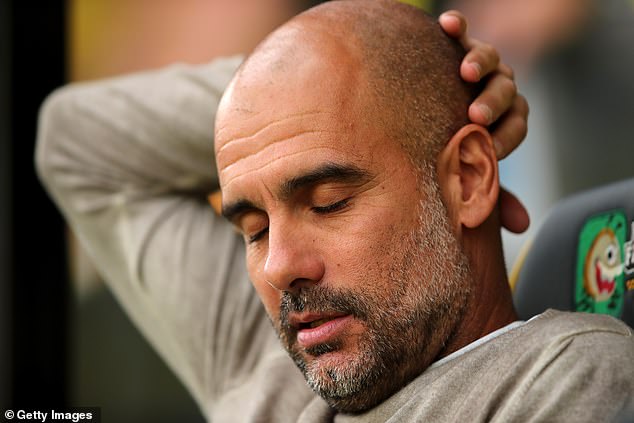 ‘We know before every game we can lose but after losing just one Premier League game in eight months why should we have doubts?’

Asked when the England international will return, Guardiola said: ‘Hopefully in one month, or a bit more, he will be back.’

The absence of Stones saw Fernandinho paired alongside Nicolas Otamendi at centre-back against Shakhtar and the pair are likely to continue their partnership this weekend.

City’s injury crisis at the back could also open the door for youth team prospect Eric Garcia, who was named on the substitutes’ bench for the trip to Ukraine.

Guardiola has also highlighted youngster Taylor Harwood-Bellis, 17, as another youngster who could step in if his side suffer further injury problems.