Perfume tycoon Jo Malone has said her sense of smell is so strong that she could tell as a child when her bigamist father was having an affair.

The 55-year-old, who credits her powerful senses with the success of her eponymous brand, said she had smelled cologne on her father – which turned out to come from another woman he was seeing.

Her father Andy Malone, who died in 2007, was convicted of bigamy after abandoning his first wife and marrying Jo Malone’s mother illegally.

Jo Malone, whose brand is best known for its richly scented candles, has rarely commented on him in public.

In 2016 the Mail on Sunday discovered that her father’s real name was Frank Monks, who had left his two children from his first marriage behind in Edinburgh.

He married Jo Malone’s mother Eileen in 1962 – leading to his conviction for bigamy – and again in 1967 after finally divorcing his first wife.

One of the children from his first marriage said in 2016 that she had learned about the connection to Jo Malone after hiring a private detective to look into her father.

Speaking to Stella Live yesterday, Jo Malone – who created her brand in 1994 – attributed her perfume success to her ‘muddled’ senses which she even said allowed her to predict the weather.

She said: ‘All my senses are muddled but actually that has caused me to change the world because I think very, very differently.

On one occasion her father came home and she told him she could smell something on his shirt. 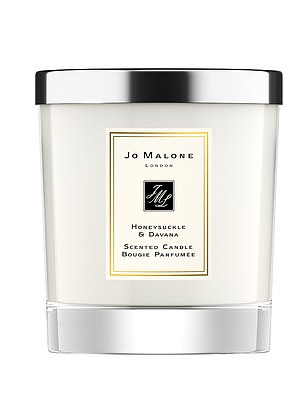 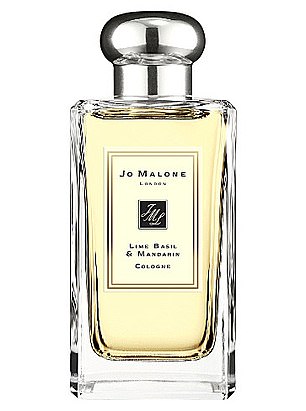 Jo Malone, whose brand is best known for its richly scented candles (pictured left) and perfumes such as this cologne (right), has rarely commented on her father in public

It turned out he was having an affair with another woman and it was her cologne Jo could smell on his collar.

‘I could smell if the dog was sick and smell how to make face creams,’ she added.

Instead of creating scents through reading formulas Jo would use her sense of smell.

She added: ‘Because I was dyslexic, I couldn’t read the formulation, but I could smell. I learnt to trust my nose like it was my best friend.’

When she lost her sense of smell during treatment for breast cancer in 2006 she left her company – by then owned by Estée Lauder.

But a week later she could smell again and she launched Jo Loves in 2011.

‘My smell came back in a very different way,’ she added.

‘There’s this real guts to the fragrances I create now.  I work with notes so extreme that I would never have chosen before.’