A Perth Grandmother almost missed out on a $10million dollar lotto win after nearly throwing out the winning ticket with old receipts.

The Middle Swan woman purchased the ticket using her Lotterywest membership and said if it hadn’t have been for the organisation getting in touch, the winning ticket would most likely have been thrown away.

‘I buy a few Lotto tickets every week and somehow I had mixed this particular one up with some receipts and stashed them in an old envelope,’ the grandmother said.

Lotterywest called the grandmother, who purchased the ticket from newsXpress in Midland, and she was able to locate the ticket before she threw it out.

‘I couldn’t believe it when I was prompted to go looking for the ticket – never in a million years did I expect it was worth $10 million!’ she added.

She said she could not stop crying when they told her she had won the $10million prize draw.

The grandmother said she would share the prize money with her children and grandchildren.

‘I really haven’t had a chance for the news to sink in but my family are number one,’ she said.

‘Then maybe a few home renovations and enjoying time in my garden,’ she added. 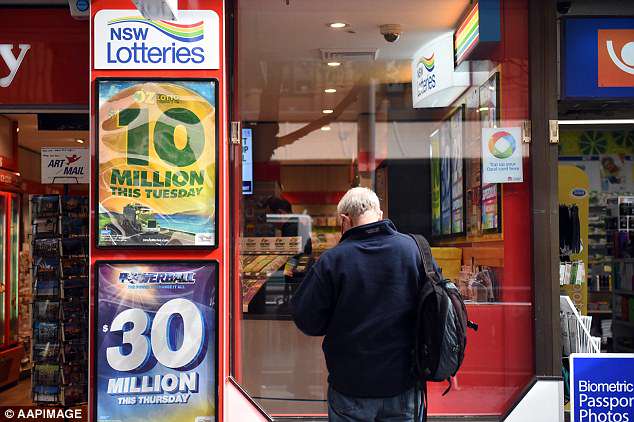 In Victoria a mystery winner has not been so fortunate.

A $55million lotto win from January still goes unclaimed despite an extensive hunt for the winner.

The massive division one win is the largest unclaimed prize in Australia’s history.

The mystery punter purchased the ticket from Scole Lotto & News in the suburb of Brunswick in Melbourne.

The lucky Melbournian has six months to claim their prize through Tatts Lotto before it goes to the Victorian State Revenue Office.

After that they can claim it at any time providing they have the documentation to prove their win and it hasn’t been thrown out with the old receipts.