A dog owner was shocked to find his beloved pet Neo had ‘died in agony’ after being bound with tape and strangled with a cord.

Ben van der Laan came back from a doctor’s appointment when he made the shocking discovery at his home in Gosnells in southeast Perth on Friday.

The black labrador cross was seven years old but was still playful like a puppy, according to Mr van der Laan.

Neo normally greeted his owner when he came home but when he didn’t, Mr Van Der Laan searched his property, eventually finding Neo’s body in the shed.

Ben van der Laan (pictured) discovered his dog Neo, 7, had been murdered in his shed when he arrived at his Gosnells home in southeast Perth on Friday

Speaking to 7News, Mr van der Laan said Neo ‘died in agony’ and that there was ‘no kindness in how he died’.

‘His paws were bound, his face was bound with electrical tape and he was strangled with a cord. In a panic, I tried to see if he’d be OK,’ Mr Van Der Laan said.

‘Just constant (thoughts of) ‘oh god, oh god, is he OK, I can’t believe someone has done this’. But just after touching him, I knew instantaneously that he was gone.’

Mr van der Laan urged the person responsible to come forward and be held accountable for their horrific actions. 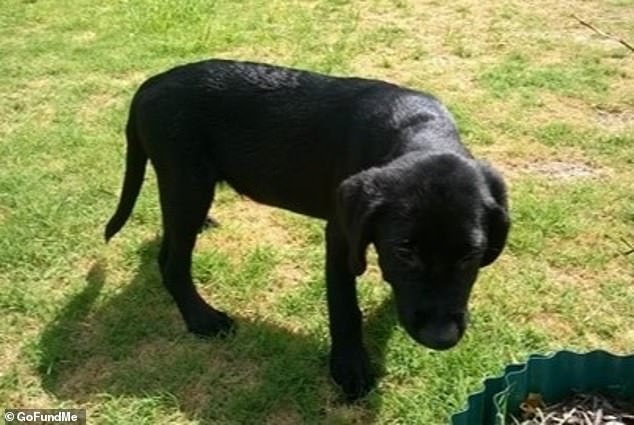 Neo (pictured) was seven years old but was still playful like a puppy, according to Mr van der Laan. A GoFundMe page for Neo’s funeral has been started by Mr van der Laan’s friend

‘Today beautiful 7-year-old Neo was tortured and killed in the most horrific way. His owners Ben and Suzy are truly heartbroken,’ Ms Barkley wrote on GoFundMe.

‘Let us all get together and give Neo the final farewell he deserves. A cremation and bringing his ashes home is the least we can do for this family.

‘All monies over the cremation costs will go towards another family pet when Ben is ready for that step.’

‘A heinous act of animal cruelty was reported to Gosnells Police and we want to catch those involved. Please help the distraught family.’

Anyone with information is urged to contact the Gosnells Police Department. 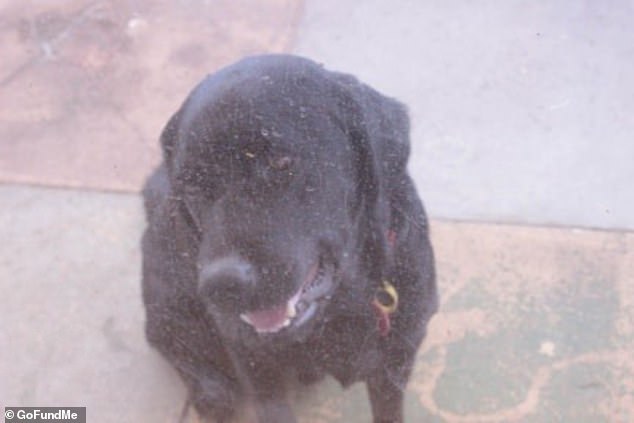