A creative mum has revealed how she built a stunning outdoor kitchen for her one-year-old using a $50 storage box from Kmart and some leftover paint.

Alicia Harvey, from Perth, is a DIY enthusiast who said she was inspired to make the item for her daughter Arabella after noticing similar versions online priced at $200.

She said after seeing the Kmart outdoor storage box hack trending on the internet, and that the box only cost $50, she decided to ‘give it a go’.

‘I had originally hacked the Kmart cubby house for my daughter’s birthday and she has such a ball in there, I wanted to create a little outdoor kitchen to encourage more outside play,’ she told FEMAIL. 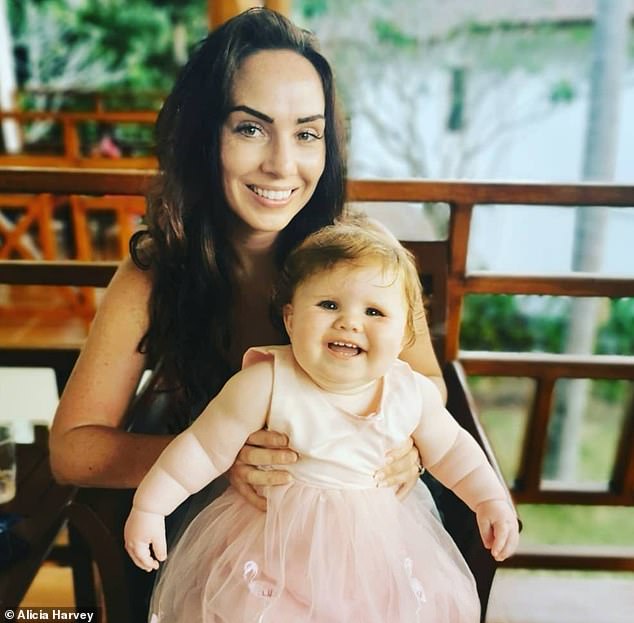 Alicia Harvey (and her one-year-old daughter Arabella, pictured centre) is a DIY enthusiast who lives in Perth 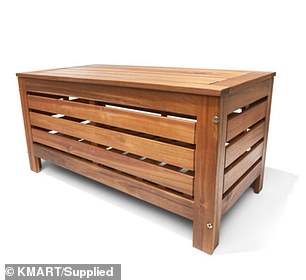 As well as buying the box, Alicia also bought several accessories from the budget retailer which cost $1 each and an over-the-door chrome hanger for $6.

Bespoke labels on the cutting board and name plaque were purchased from Pretty Little Designs.

The busy mum revealed she spent around two hours on the project and used leftover paint from a previous hack to complete.

‘It probably took me two hours to put it together and about another two-three to paint and decorate although I have two kids, so I took breaks here and there,’ she said. 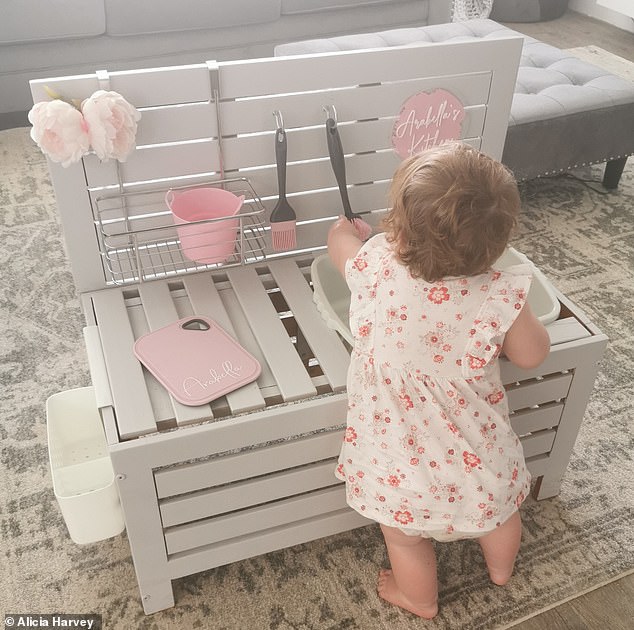 Although the out-door kitchen was meant to be a Christmas gift, Arabella has already had a ‘sneaky play with it’ and just loves it 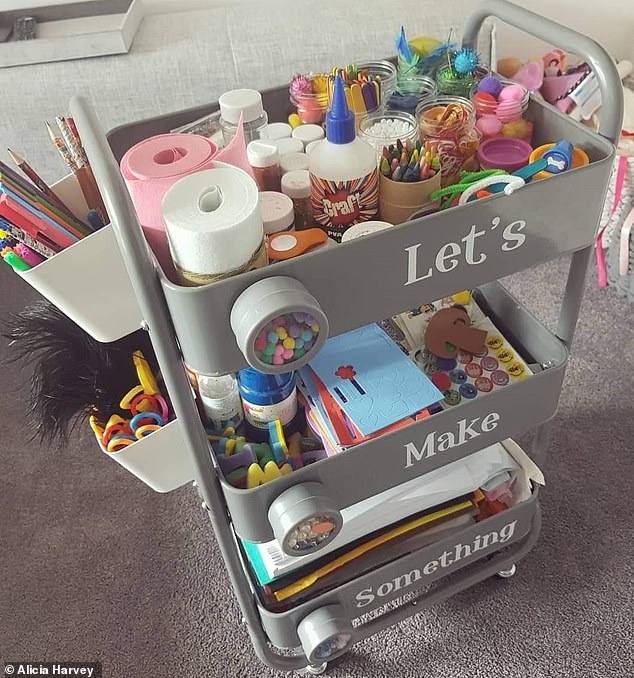 While the outdoor kitchen was meant as a Christmas gift, Alicia’s daughter has already had a ‘sneaky play with it’ and just ‘loves it’.

It’s not the first time Alicia has ‘hacked’ items from Kmart as a way to create unique pieces for her and her family.

‘I’ve recently hacked the kitchen trolley with my sons art supplies, that worked really well as I can wheel it outside for messier creations,’ she said.

‘I also hacked the shadow box for my daughter’s room decor, lolly bags for my son’s birthday party and turned a bed sheet into a cot sheet.’

For more of Alicia’s inspirational ideas, tips and tricks, please visit her on Instagram at @Harvey_Home_Hacks