They became engaged in June mere weeks after they started dating.

And it will probably surprised nobody that Pete Davidson proposed to Ariana Grande in a very laid back way, as the SNL funny guy dished on his romance for the Variety Power of Young Hollywood Issue this week.

‘I didn’t want to do something corny,’ he said. ‘We were in bed hanging, after watching a movie. I was like, “Will you marry me?” It was really dope.’ 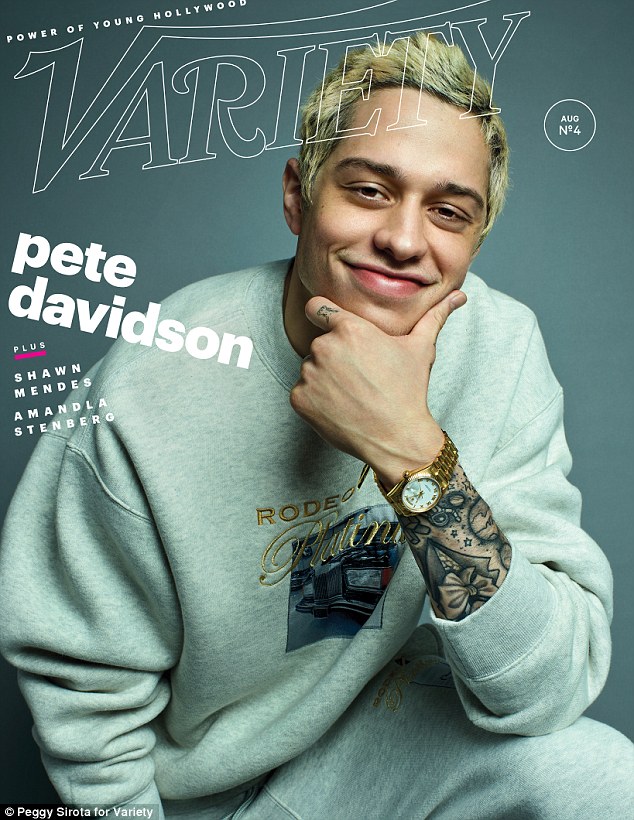 ‘I’m still convinced she’s blind or hit her head really hard,’ he said, laughing. ‘Something is going to happen, and she’s going to be like, “What the f— is this thing doing around?” For right now, it’s rocking.’

Pete told Variety that he never thought he would get married.

‘I never thought I’d meet anyone like her,’ he said. ‘I can’t even put into words how great of a person she is. I could cry. She’s the f*cking coolest, hottest, nicest person I’ve ever met. I’m f*cking living the goddamn dream. I feel like I’m living in a fantasyland.’

Since being thrust into the spotlight dating one of the world’s biggest pop stars Pete deleted all his Instagram photos and has come of social media. 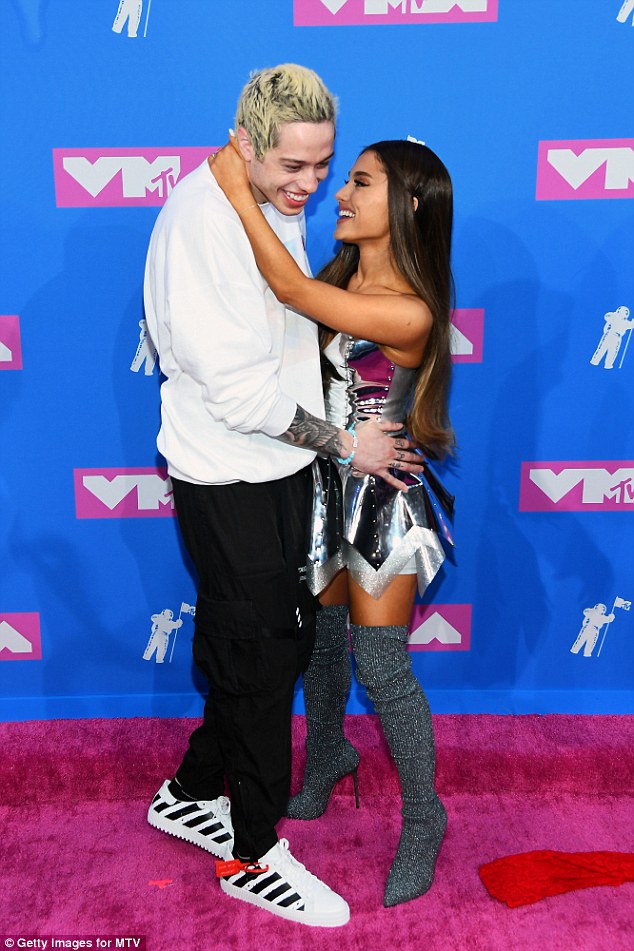 ‘I could cry. She’s the f*cking coolest, hottest, nicest person I’ve ever met’: Pete started dating Ariana in May and they became engaged in June 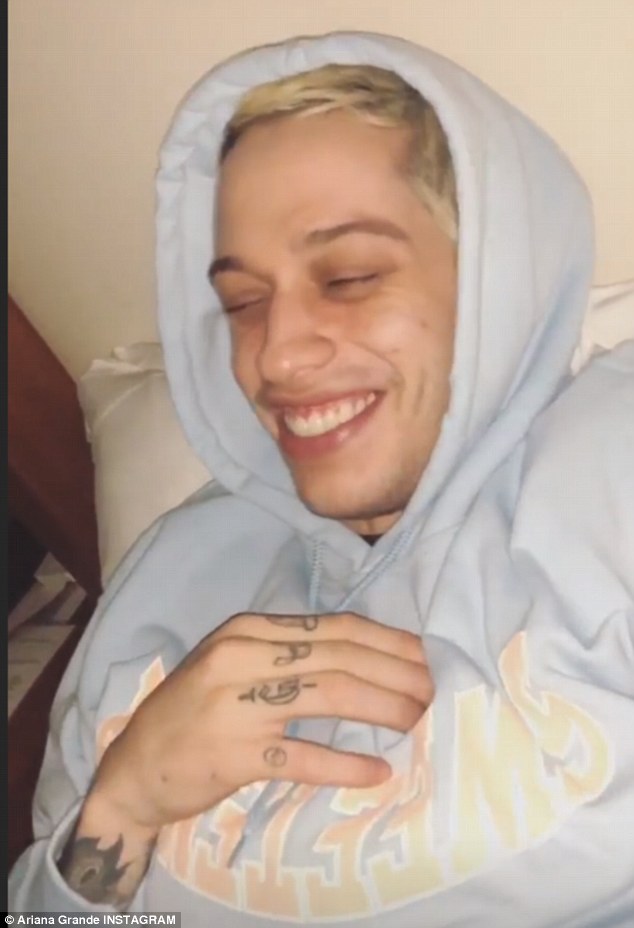 ‘We were in bed hanging, after watching a movie’: The SNL funny guy revealed that he proposed to the pop star while they were chilling in bed

‘The internet is evil, and I don’t like how it affects me,’ he said.

‘I don’t like how the internet is a place where anybody can s*** on you and make anything up. I’ve worked really hard to get my brain to this place. I can’t go online like everybody else because it’s just a f**k-fest. And now I get to enjoy my life.’

The SNL star now lives with Ariana in her $16 million New York home that she bought in June and revealed to Variety that he will do little chores around the house.

‘I stock the fridge, clean the tables, do laundry occasionally.’

The Trainwreck star, who lost his father – a firefighter from Staten Island – in the 9/11 attacks, has been open about his mental health battles, previously revealing he suffers from borderline personality disorder. 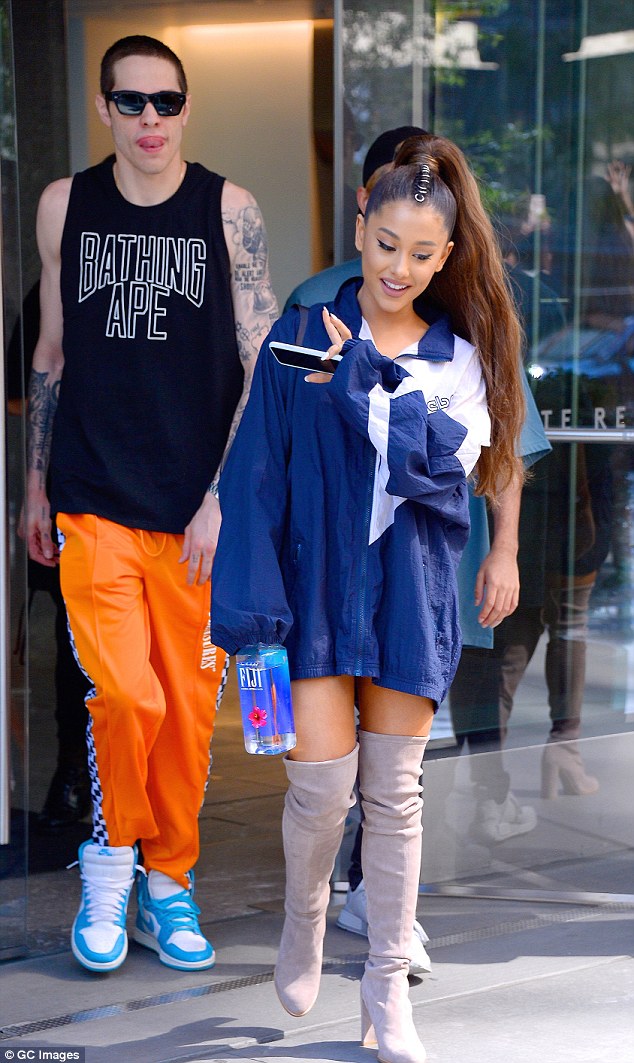 ‘I stock the fridge, clean the tables, do laundry occasionally.’ Pete (pictured in June) says of living with Ariana in her new $16 million home in New York 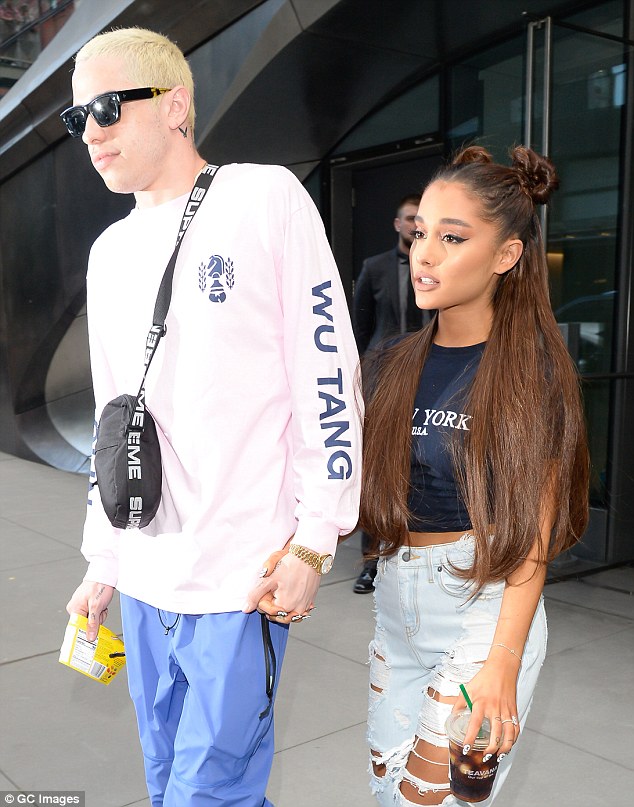 Pete gushed to Variety: ‘I’m f*cking living the goddamn dream. I feel like I’m living in a fantasyland.’

‘If my dad didn’t die, I wouldn’t be a comic,’ he said. ‘I’d be a construction worker in Staten Island or a basketball coach.’

‘I learned what death was,’ he said, adding ‘And you’re not really supposed to learn about that until high school, when one of your friends falls asleep in the garage, or whatever,’

‘To learn how anything can just be taken away from you early gave me this sense of “F*** it. Whatever, dude.” I’m able to do stand-up and f*** around because hopefully the worst thing that has ever happened to me happened.’

Shawn Mendes and Amandla Stenberg also feature in the Power of Young Hollywood issue which celebrates actors, directors, musicians and artists under the age of 25 who have made an impact in the business this year. 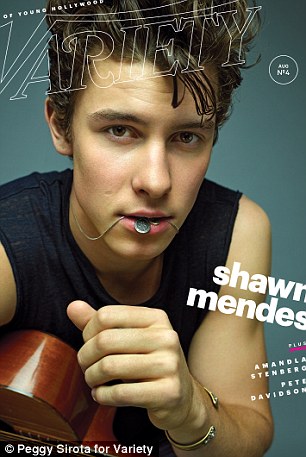 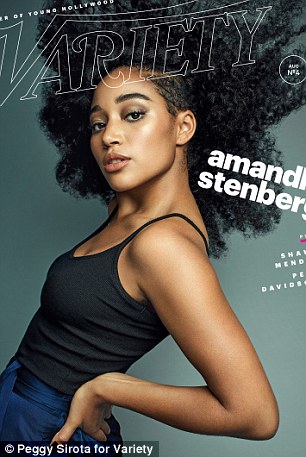 In the spotlight: Shawn Mendes and Amandla Stenberg also feature in the Power of Young Hollywood issue