PETE JENSON: Eric Abidal’s relationship with Barcelona is in tatters

Eric Abidal’s Barcelona story was once a beautiful one, deserving of a far better ending than the ugly conclusion reached this week.

His parting company with the club on Tuesday brings the curtain down on a sporting relationship that began in 2007 and is unlikely now to ever be resumed.

Things did not run smoothly for him when he arrived as a player from Lyon. He felt he did not fit into the Guardiola revolution. In 2009 he admitted to L’Equipe: ‘At the start I felt fragile with him. He would shout at us as if we were 15 year-olds. But I saw how we applied his methods and the results just followed and he relaxed and we enjoyed ourselves.’ 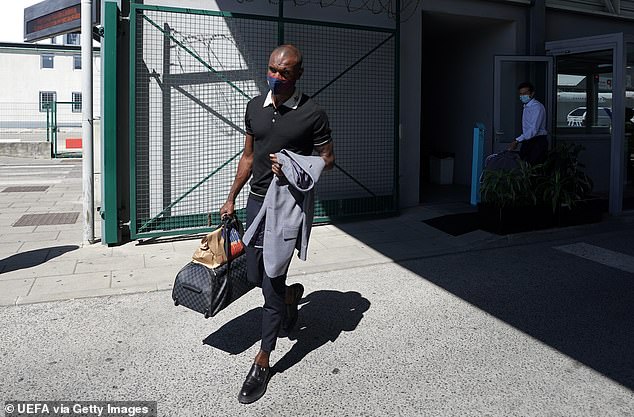 In the end Abidal became a vital cog in the Barcelona machine. With Dani Alves playing like a winger at right-back, he needed to be more conservative at left-back.

Guardiola even had him playing at centre-back at times as Barcelona’s brilliantly quick, faultless, high-line defence helped concentrate the play in the opponent’s half where Lionel Messi and company would marmalize the opposition.

Speaking to Canal Plus about his illness, he once revealed how Messi agonised over the disease that his close friend was fighting to overcome.

Abidal said: ‘Some of my team-mates thought that I had become really thin. I made a video before one game to encourage them. You know what Messi told me? “Don’t send us any more things like that, it hurts us”. I didn’t see it. I thought I looked okay but they told me that they thought I looked like a corpse and that really destroyed them.’ 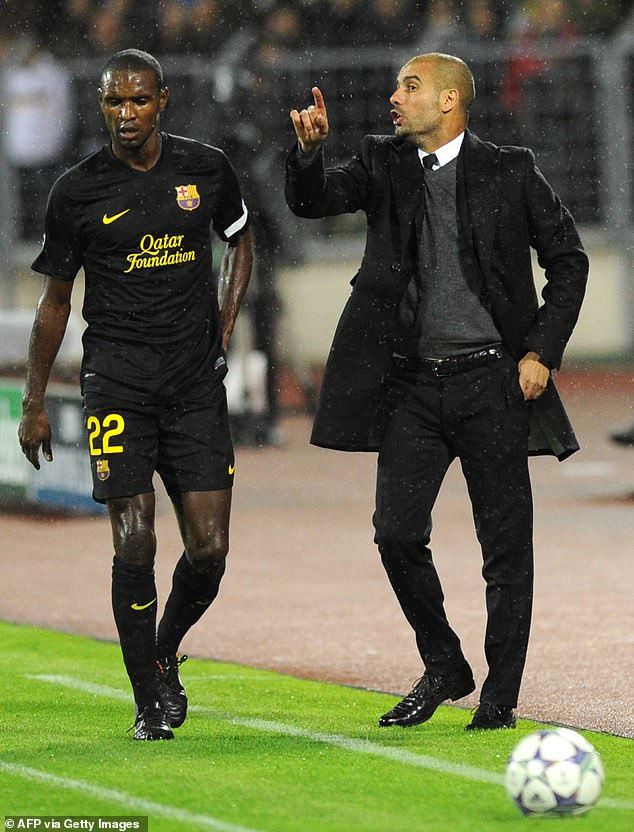 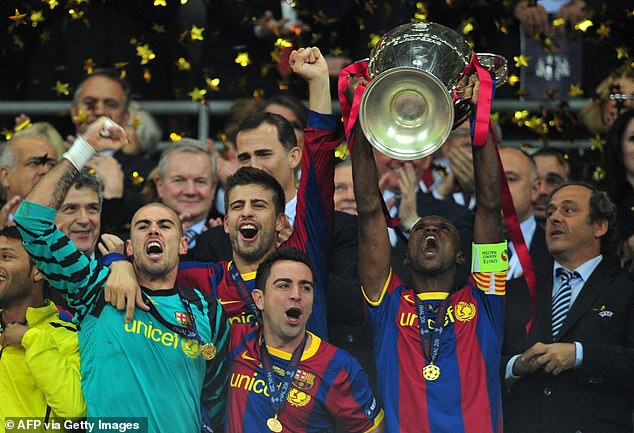 The horror of Abidal’s diagnosis was felt by all at the club. Barcelona sporting director Andoni Zubizarreta was in a media briefing when he heard the news.

He broke off to take a phone call and after a brief conversation he returned to the reporters but broke down, saying: ‘I’m sorry I can’t concentrate, they have just told me Abidal has cancer’.

Abidal did inspire his team-mates, not with those videos they could not bear to watch but by his incredible positivity. He needed surgery but he joked that he would be back for the following weekend’s game.

As it was, he started his first match just 10 weeks later and then played in the 2011 Champions League final, lifting the trophy after the 3-1 win over Manchester United. Messi having scored in the victory.

In 2012 when traces of the tumour were found in a subsequent check-up Abidal was told he needed a transplant. Dani Alves summed up the tight-knit team spirit around him by offering himself as a possible donor if none could be found. Again Abidal came back playing once more 13 months later with Monaco and he even earned a recall to the France side. 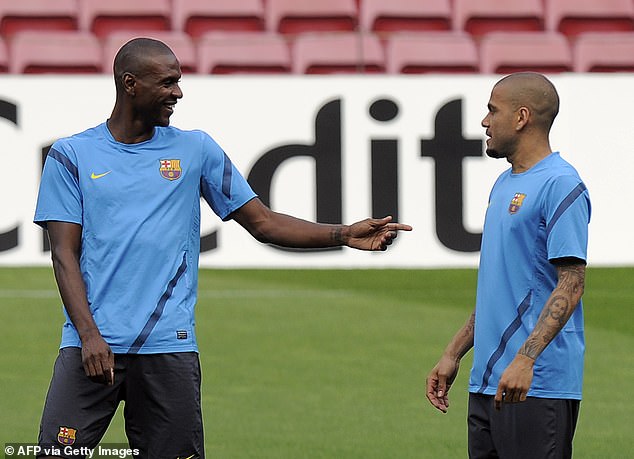 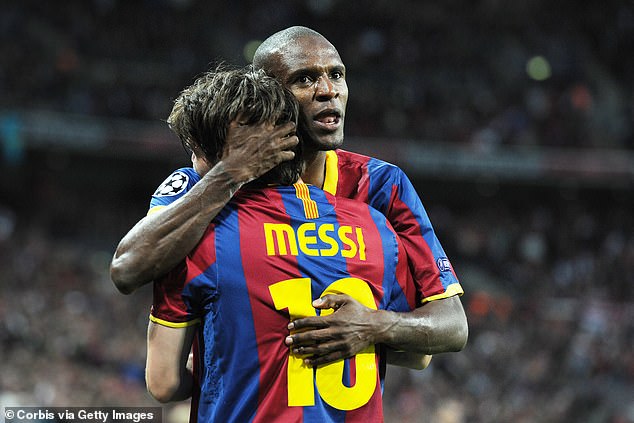 When he returned to Barcelona in 2018, this time in a jacket and shirt, he became Barcelona’s fourth technical secretary (director of football) in five years.

His role was always going to be complicated by his own lack of experience and by the lack of clarity over exactly what his responsibility was.

In simple terms he was there to sign the players and hire the coaches. Barcelona had not made a 100 per cent successful signing since 2014 when Zubizarreta brought Luis Suarez, Ivan Rakitic and Marc-Andre ter Stegen. Zubizarreta was sacked by the president in January 2015.

Abidal fared no better in the transfer market than any of Zubizarreta’s other successors, but he also managed to fall-out with Messi. 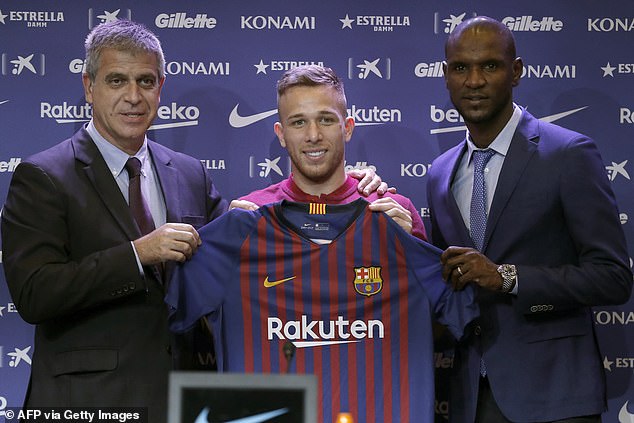 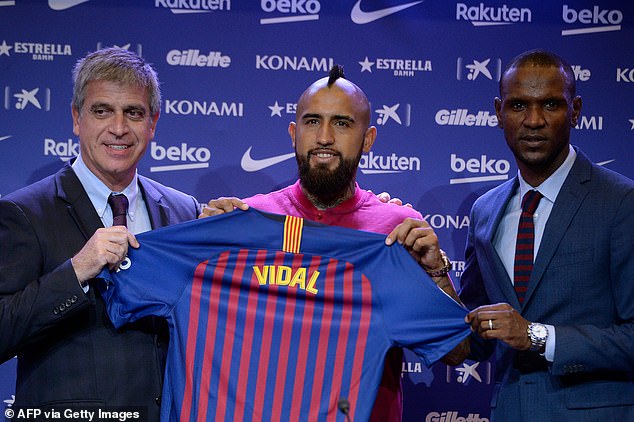 In interviews with Sport and Mundo Deportivo he, perhaps unintentionally, appeared to pin Ernesto Valverde’s sacking in January on the dressing room. Messi did not take long to respond on social media.

Abidal had said that ‘lots of players were not satisfied [with Valverde] nor did they do a lot of work’.

Messi posted a picture of the interview on Instagram and said: ‘I don’t like doing these things but everyone has to take responsibility for their own decisions. The players [are responsible for] what happens on the pitch, and we have been the first to recognise when we were not at our best.

‘The directors should also assume their responsibility and above all own the decisions they make. I think that when players are talked about, names should be given because, if not, we are all being sullied by something that is not true.’ 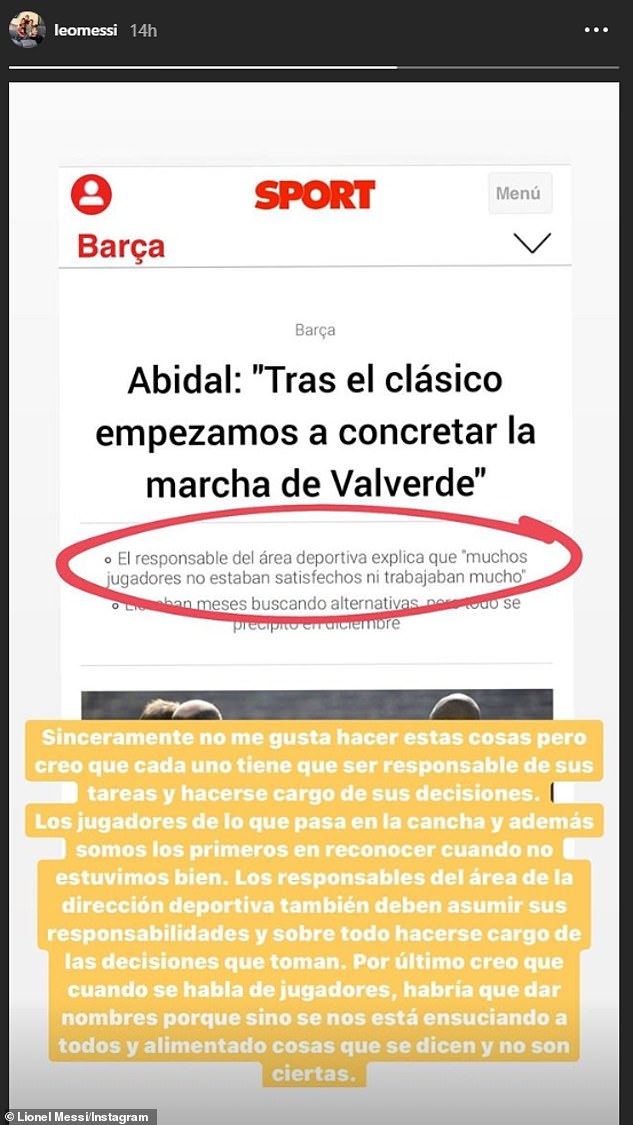 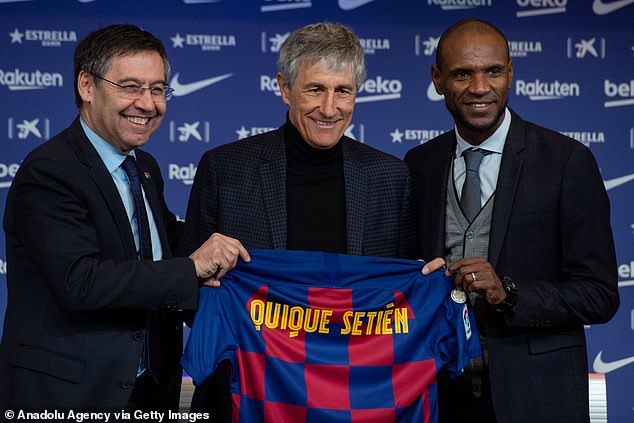 It perhaps hurt Messi more that Abidal had been inside the dressing room for so long and now he was hanging his former team-mates out to dry. Only he knows if his remarks were evidence of his own naivety or if he really did feel no enduring sense of loyalty to those who had been team-mates from 2007 to 2013.

Aside from his personal relationship with the players, his own standing as a competent director of football needed a success story in the transfer market. It never really got one. Instead he just became the guy Bartomeu sent to Paris to ask PSG if they wanted to sell Neymar.

And on the day before he parted company with the club, he was pictured having lunch with Quique Setien and apparently informing him of the details of Barcelona’s decision to replace him. Twenty-four hours later and despite being named in the statement confirming Setien’s sacking as the man responsible for the restructuring of the first team, he was gone too.

Barcelona say he decided that he could not continue in the role. It will be a shame if the images of him in Paris chasing Neymar’s shadow or lunching with Setien become the enduring ones. Better that picture of him radiant at Wembley, with the Champions League trophy above his head and Messi not too far away as a celebrating team-mate.