Phil Foden has been lauded with praise after his excellent display in Manchester City’s convincing 5-1 victory against Club Brugge in the Champions League.

Pep Guardiola’s side romped to victory away in Belgium, with the young England star playing a vital role.

Manchester City had not scored in the opening half hour of the contest before Foden hit a perfectly executed long ranged pass to full-back Joao Cancelo who raced through to tuck away the opener. 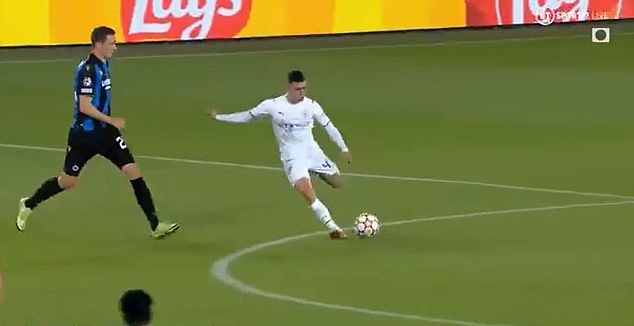 Further goals from Kyle Walker, Cole Palmer and a Riyad Mahrez brace saw City run away with the victory but it was Foden who took the majority of the plaudits by BT Sport pundits.

Crouch said: ‘I’m enjoying watching him, honestly he really is (having some fun).

‘We talked about him in those deep areas and I know he’s supposed to be a central striker but when he drops deep it’s an absolute pleasure to watch it really is. 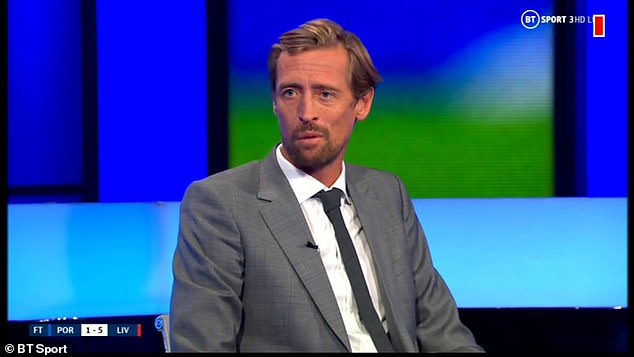 ‘Just on the ball, his balance, his weight of pass. He’s popped up in every single position across the front and deep as well and he’s just been an absolute joy.’

His co-pundit, Joleon Lescott, added: ‘He’s been given the license to roam obviously but his ability to pick up the ball and drive past players, receive it on the back front, he’s always looking forwards.

‘He’s always trying to drive and cause problems for the defence. It’s an exceptional half from Phil.’ 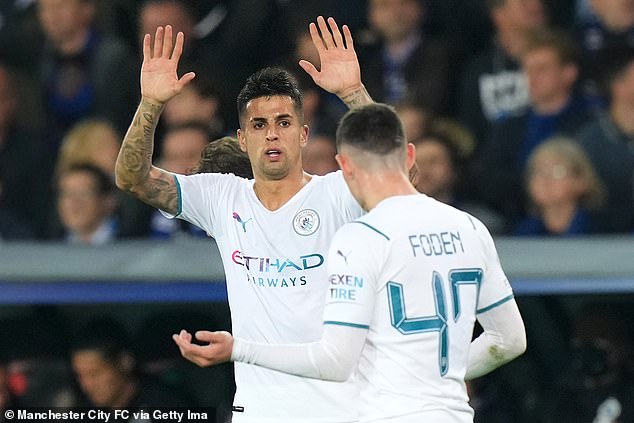 At half-time Crouch had a lot of praise for Foden’s assist which got City rolling in the contest.

The former Liverpool and Tottenham striker said:  ‘He’s got that in his locker. How many passes like that did he play for England in the international break.

‘I just think he can play anywhere on the pitch, but that role deep playing those sorts of passes he is fantastic.’