On the opening day of last season, when Tottenham headed to Newcastle with a dark cloud hanging over them, I made a firm prediction.

Regardless of the fact that they had not made a signing in that summer’s transfer window, I insisted Tottenham would finish in the top four. There was one major reason for my confidence: Mauricio Pochettino.

He had signed a new contract in May 2018, which was the finest business my old club could have done that summer.

The rest is history. Tottenham retained their Champions League position and then, beyond anybody’s expectations, contested the final of that competition. I’m not telling you anything you don’t know but I just want to spell that out as a reminder after a testing week for the club.

Once again, a dark cloud is following Tottenham. It has been a difficult start to the season, culminating in a shock penalty shootout defeat by Colchester United on Tuesday, but this is not some indication that everything is about to start unravelling.

Pochettino is the best thing that has happened to Tottenham in 20 years. I say that as someone who was at the club in the late 1990s and, again, 10 years later when Harry Redknapp took charge: I’ve seen good and bad times first hand and I know what I’m seeing now. 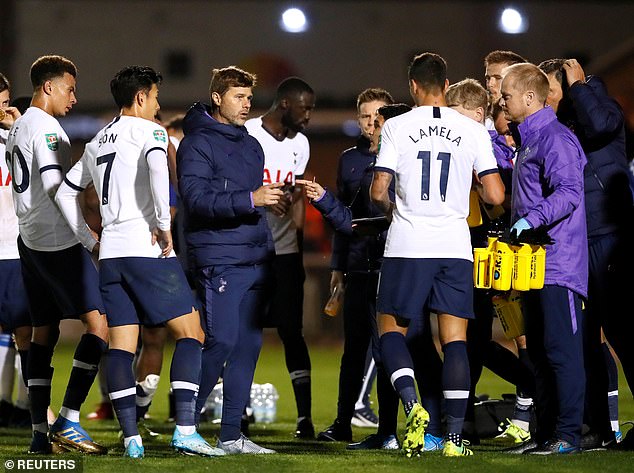 This is a blip, nothing more. I was at Leicester seven days ago and I didn’t see too much wrong with their performance. They should, really, have won that game and I will argue with anyone who thinks VAR was brought in to decide offside calls like the one which went against Son Heung-min.

If Serge Aurier’s goal had stood, Tottenham would have gone into today’s game with Southampton in third place. As it stands, they are seventh. Not ideal, of course, but not any reason for people to believe the relationship between club and manager has run its course.

Tottenham will finish in the top four again and I have absolutely no doubt about that. Pochettino might not be happy with certain aspects of his squad but not to the point that he has lost faith in them. If anything, it looks to me that he is frustrated that they are not getting the ‘glory’ they deserve.

He used that word repeatedly in his press conference this week — glory is the reason we play football and it’s fair to say a part of Pochettino is still grieving over losing the Champions League final in June. I can understand that. I lost the 2007 Champions League final with Liverpool and still think about it with regret now. 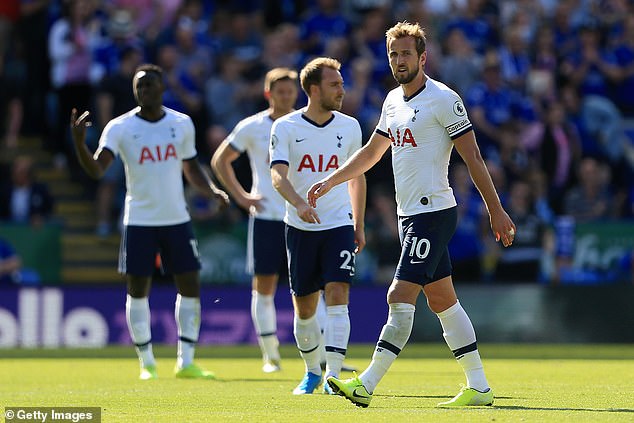 Spurs were recently stumped by Leicester, but their current predicament is merely a blip

There has been a hangover since Madrid but sometimes you need a defeat such as the one at Colchester to refocus minds and it is not as if Pochettino does not know Tottenham will benefit from freshening things up through the course of the next two windows.

This team has been together a long time. Five players who began his first game with a 1-0 win at West Ham in August 2014 (Hugo Lloris, Danny Rose, Eric Dier, Erik Lamela and Christian Eriksen) remain regulars, while Harry Kane came off the bench. Jan Vertonghen was also at the club.

Compare that number to Liverpool, Arsenal, Chelsea and Manchester City. Five years on, only one player from each team has remained a regular starter. They have all been re-energised and Pochettino recognises it is now Tottenham’s turn.

If they need some change to the personnel, they don’t need it in the dugout. Pochettino is one of the best managers in the world and has many admirers — the work he has done to make Tottenham Champions League regulars should not be taken for granted.

He is the man to lead them through this gloom and, most importantly, the man to keep taking Tottenham forward.

Defeat by big rivals in the Premier League followed by an expected victory over lower league opposition: it is not the kind of week they would normally celebrate at Stamford Bridge.

These, though, are different times and should be viewed with excitement as Chelsea’s young players continue to thrive under Frank Lampard. We should all be hoping the kids he has let loose go all the way.

Chelsea’s academy has arguably been the best over the last decade but the transition rate for youngsters reaching the first team has been miserable, with so many being shipped out on loan or disappearing after initial signs of promise. 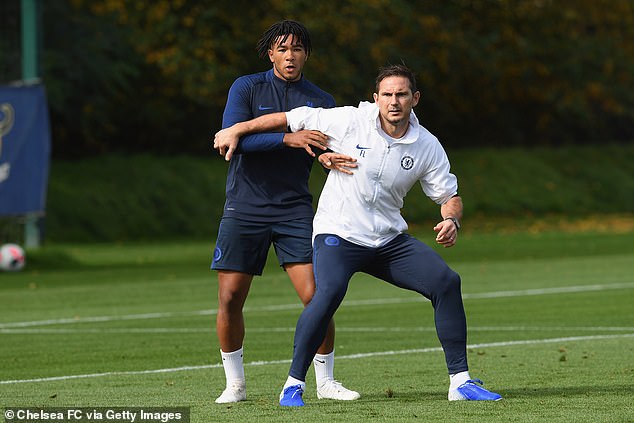 This time, it feels as if there is substance to what is going on. Mason Mount and Tammy Abraham have been the focus of everyone’s attention but this week Reece James put himself into the picture with a fantastic performance against Grimsby in the Carabao Cup.

You then have Callum Hudson-Odoi and Fikayo Tomori — who was outstanding in the defeat by Liverpool last Sunday — and suddenly there is the nucleus of a team that can stay together for a long time. Frank will certainly give them every chance to achieve that target.

It felt like the atmosphere was toxic at Stamford Bridge last season. I know Maurizio Sarri achieved all the goals he was set — and won a European trophy — but as much as I never advocated his sacking, I do wonder whether these kids would have got through had he stayed.

Circumstance has given Mount, Abraham, Hudson-Odoi, Tomori and James the opportunity of a lifetime. They have the hunger and ambition to make the most of it. 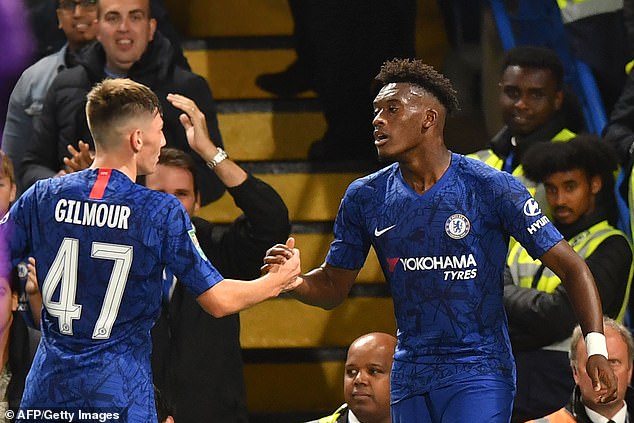 Now back from injury, Callum Hudson-Odoi (right) can become the main man at Chelsea

Eight of the 20 years I spent in professional football were devoted to Stoke. It was the longest period I had at one club and I had so many fantastic times.

To see where they are now, floundering at the bottom of the Championship, is dreadful. Things were difficult during my final 12 months, with so many managerial changes and certain things in the dressing room not being right, but I never envisaged this predicament.

When we were relegated in May 2018, I expected us to be in the promotion race but life in the Championship is draining and Stoke have struggled to adapt. They need to rediscover the ingredients that made them such a difficult team to beat.

The fans don’t deserve to be in a position such as this. 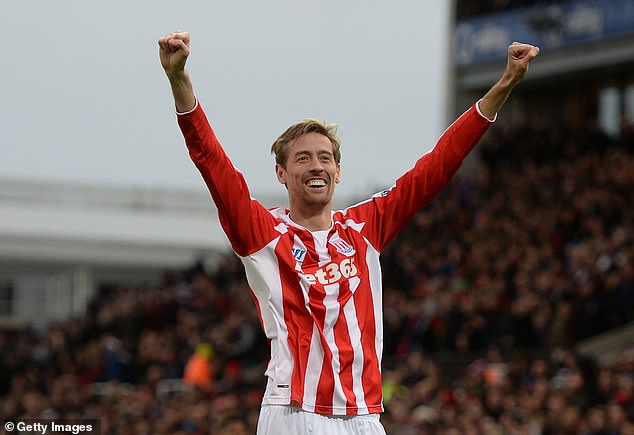 For so long a permanent fixture in the Premier League, seeing Stoke floundering is dreadful