A man originally found to have died ‘accidentally’ was murdered by a serial killer who stripped and gagged him before smothering him with cling film, an inquest heard.

Peter Fasoli, 58, met Jason Marshall on a gay dating site and the pair met up at his home in Northolt, west London, for sex in January 2013.

Marshall, who posed as an MI5 agent, was kitted out with a police belt, handcuffs and a pistol holder and told Mr Fasoli he was under arrest for ‘being a spy under the Espionage Act’ during sexual role play.

But he later tortured and smothered him to death before setting fire to his bungalow to cover his tracks.

The original 2013 inquest into Mr Fasoli’s death ruled it was an accident in a sex game gone wrong, but after video evidence of his torture was uncovered by his nephew, a new one was ordered.

Peter Fasoli, 58, met Jason Marshall (pictured in footage filmed inside Mr Fasoli’s home) on a gay dating site and the pair met up at his home in Northolt, west London, for sex in January 2013

After Marshall killed Mr Fasoli he stole £800 from his home before setting it on fire and fleeing to Italy.

There he killed a second man and attacked a third before he was caught.

Marshall, then 29, was jailed in September 2017 for a minimum of 39 years for murdering Mr Fasoli.

A verdict of accidental death was recorded at the original inquest into Mr Fasoli’s death held at West London Coroner’s Court in 2013.

But two senior judges sitting at the High Court last month quashed the original verdict – and ordered that a new inquest must take place after video footage of Mr Fasoli’s killing was recovered, leading to Marshall’s conviction.

During the new inquest, also at West London Coroner’s Court, yesterday afternoon a coroner attached no blame to either the police or London Fire Brigade for the botched ruling, despite acknowledging that minor oversights had been made.

Assistant Coroner Dr Sean Cummings told the hearing: ‘The family of Mr Fasoli have asked why this wasn’t discovered earlier.’

Noting that Mr Fasoli had been a non-smoker but matches had been discovered in the flat behind his body, Dr Cummings said it had been ‘a mistake perhaps’ to not infer that the fire had not been accidental.

Detective Inspector James Stevenson, who was not involved in the original investigation, said: ‘There were none of the classic tell-tale signs of a deliberate fire.

‘When you have an arson, you usually have a number places where a fire was started.

‘In this case, there was no evidence of that, or of an accelerant being used. It must have burned off.’

Despite being engaged in violent sexual activity with Marshall, he added that there was also no clear evidence that Mr Fasoli had been restrained.

He said: ‘He would have been consenting to everything at first, so there was not any sign of restraint marks during the autopsy.

‘Because of fire damage, any marks had been burned off.’ 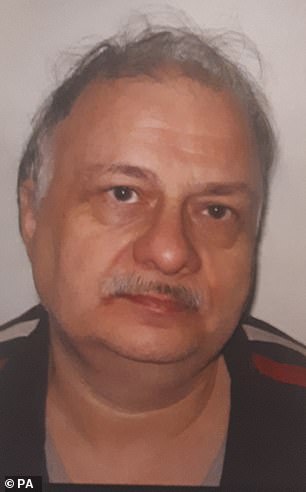 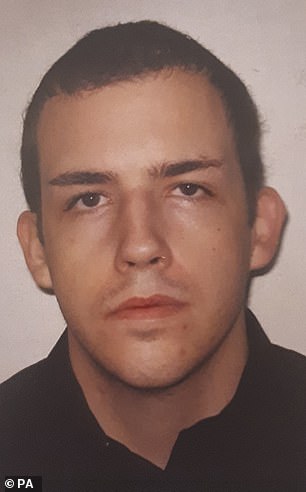 Dr Cummings said: ‘After considering the available evidence, my conclusion is that Mr Peter Fasoli was unlawfully killed, and that completes the inquest.’

In an earlier trial, a judge said that ‘no evidence of an assault or a restraint by a third party’ was found in a post-mortem, and that a report from the London Fire Brigade concluded that the fire was likely accidentally caused by an ‘LED bulb falling onto bedding’.

But, he said, police had ‘re-investigated the circumstances’ surrounding Mr Fasoli’s death after the video footage of his killing was recovered, leading to Marshall’s conviction.

DI Stevenson explained that, after Mr Fasoli had died, one of his friends had visited his apartment with a member of the council and recovered a series of hard drives.

Those hard drives eventually came into the possession of Mr Fasoli’s nephew, who sifted through them and discovered a seven-hour long video in which his uncle initially engages in consensual sexual activity with Marshall.

DI Stevenson said: ‘There was a camera in his uncle’s address that captured a man attending his address on the day before his death.

‘It starts off as a role play. Marshall is playing a secret agent type character, wearing a police issue holster with what appears to be a firearm and handcuffs.

‘He encourages Mr Fasoli to strip naked, and he agrees to be hog-tied by Marshall.

‘Mr Fasoli appears to be going along with the role play for some time, and then at some point it’s clear he has withdrawn his consent, and Marshall is trying to smother him with a pillow.’

Marshall eventually persuaded Mr Fasoli to provide him with his pin number – before leaving the flat to go and make a number of purchases, while the victim remained restrained in the apartment.

After returning, Marshall could be seen covering Mr Fasoli’s face with cling film before the pair fell behind a sofa, where it is assumed he was killed.

DI Stevenson said: ‘It then turned into a burglary. I don’t believe he was aware that there was a camera in the address.’

While rifling through the flat, Marshall knocked into something, causing the video to cut out.

But the audio continued, and the killer can be heard pouring some kind of fluid around the apartment, flushing something – believed to be cling film – down a toilet and the ‘click, click, click’ of a lighter.