News comes of a heartbreakingly cruel survey in which 200 people were deprived for nine days of the output of the BBC. To ensure they complied, their homes were plastered with ‘NO BBC’ stickers and they were required to confess any lapses.

During the experiment, they were given envelopes containing the small amounts of money they would have saved if they had not been paying for their TV licences.

Many of the subjects had originally boasted that they would happily manage without the Corporation’s output. At the end of this traumatic period, most of them whimpered that, actually, they had been mistaken and would happily hand over the money.

As the report says: ‘Over two-thirds of the households that had initially said they would pay nothing or would only pay less than the full licence fee changed their minds and became willing to pay the full licence fee or more in order to keep BBC content and services.’

Many of the subjects had originally boasted that they would happily manage without the Corporation’s output. At the end of this traumatic period, most of them whimpered that, actually, they had been mistaken and would happily hand over the money

The terrible thing is that this may well be a true reflection of reality. I once had some neighbours, a pleasant Christian couple of great integrity, hard-working and conservative, who to their dying day cheerfully watched BBC TV programmes despite the increasing levels of swearing, semi-porn and political indoctrination they contained.

Somehow they couldn’t accept that an institution they had trusted all their lives was pumping electronic slurry into their living room every night.

It was as if the grocers they had trusted all their lives had begun slipping packages of cocaine and marijuana into their weekly shop. It was absurd, so it couldn’t be happening. Yet it was. I wonder how much they would have put up with before they eventually realised what was happening, if ever.

I am lucky enough to be able to afford the BBC poll tax and have for years paid it by direct debit. I support the idea in principle.

When I lived in the USA, I missed the BBC a lot, especially Radio 4, and readily gave cash to local public service radio stations. 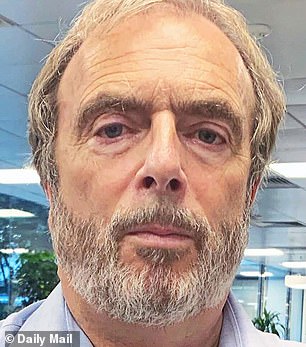 When I lived in the USA, I missed the BBC a lot, especially Radio 4, and readily gave cash to local public service radio stations, writes Peter Hitchens

During my time in Moscow, I depended hugely on the BBC World Service short-wave broadcasts, often heard through a storm of static. I used to be almost the last conservative who actually supported the idea of a national broadcaster on the BBC model.

But in the past ten years, and more so in the last two, I have found it almost impossible to listen to or watch anything the BBC transmits, not just because of the predictably Leftist politics but because it isn’t any good. I watch University Challenge only to make notes on its ridiculous mile-long questions about astrophysics, women painters or the higher maths.

The TV news is unbearable, apparently designed for simpletons. Radio these days is little better. I cannot remember a recent BBC drama which has not been poisoned by political messages, let alone one which was good.

Recently I was able to see a bootleg version of a superb BBC TV series from 1970, a dramatisation of Jean-Paul Sartre’s Roads To Freedom. It made me sad to recall how good they used to be at this sort of thing. Yet the series is unavailable on any BBC platform.

I’m pretty sure this is because of the way it deals with such topics as abortion, drugs and homosexuality. Back in 1970 it would have been seen as enlightened. But 50 years of Cultural Revolution have made the BBC far more narrow-minded than the most bigoted prude of the 1950s. That’s why the day will soon come when I shall stop listening to it or watching it, at all.

The Nixon era was one of the most thrilling periods of modern history. Daniel Ellsberg, the Julian Assange of his day, leaked the Pentagon Papers which showed that the US government had lied its head off about the Vietnam War and also knew it couldn’t win it.

Compare and contrast: major newspapers published his leaks and a proper judge threw out the case against Ellsberg, so that he became a national hero. Whereas, in modern Britain, Assange is in grave danger (unless you protest) of being sent off to rot in some concrete dungeon in the USA, and most journalists (to their shame) don’t care a hoot.

So how disappointed I am in Gaslit, a new, much hyped TV melodrama about this era. Maybe the characters involved really were that mad and that foul-mouthed but the sense of a great contest between good and evil, repression and liberty, is completely absent. I cancelled my subscription after one episode. 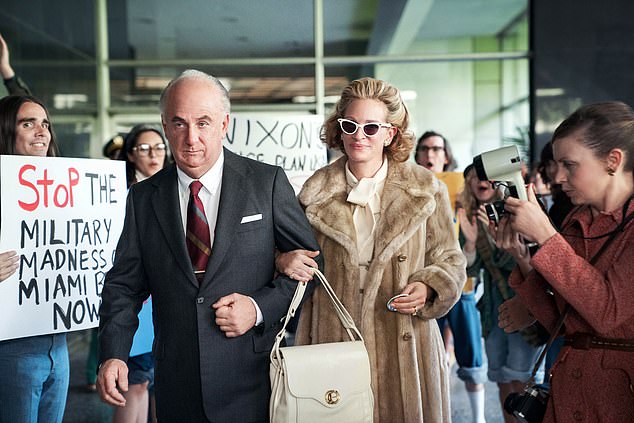 So how disappointed I am in Gaslit, a new, much hyped TV melodrama about this era

I tried, but e-scooter menace is here to stay

E-scooters will soon be a major curse. Because they appeal to human selfishness and laziness, they will be a huge commercial success once they become fully legal, as Transport Secretary Grant Shapps plainly means them to be. I tried quite hard to warn against this and was sneered at on social media for doing so.

I was told it was not important. I wonder how many will think this when there are hundreds of thousands of them, often in the hands of drunken or drugged people, careering along pavements, unrestrained by absent police, smashing into children and old people, terrifying the blind, and providing perfect getaway vehicles.

I was sure that Mr Shapps’s so-called ‘trials’ were just a way of getting us used to them. There was never any serious intention to listen to the public or to examine their grave dangers. I can pretty much prove this. On March 3, I received a letter from Huw Merriman MP, chairman of Parliament’s Transport Committee, in which he assured me that the ‘trials’ were set to continue until November 30 this year.

Yet Mr Shapps has announced that legislation to permit these death traps will be in the next Queen’s Speech on May 10, long before that date. Well, I tried. I hope those who attacked me have the grace to apologise when the reality becomes obvious.

During more than 40 years of active journalism, including a stint as a defence reporter, I have never once been prevented from writing anything by a so-called ‘D’ Notice (nowadays they are officially DSMA Notices, if you care), until now. I used to scoff when people told me that such things were common, or that I was constrained in reporting by them. Now I cannot.

It is time to ask some very simple questions about the Ukraine crisis, which each day threatens to spread, very dangerously indeed. I never really believed there was a nuclear danger in the Cold War, which I lived through. Now I think there is one. Though this country is not actually at war with Russia, and has no defence treaty with Ukraine, politicians and other supporters of this conflict often refer to ‘we’ when discussing it.

Who is this ‘we’? What British national interest is served by deeper involvement in what is at root a Russo-American war? Must we yet again be the fifth wheel in America’s cart?

How much are you prepared to pay in taxes for the munitions we send? If, as is horribly possible, British soldiers are drawn in, what British interest will they be dying or being injured for?

Why is our Defence Ministry mounting a running commentary on the conflict? It is as if the Italian defence ministry had been holding press conferences on the Falklands War back in 1982.

Is it because they wish to draw attention away from our very small Army and our shrunken, malfunctioning Navy? Yet our military ‘experts’ speak from a position of assumed superiority.