PETER HITCHENS: I’m growing a new beard… because I haven’t felt so rebellious since the 1960s

This is my third beard. I grew my first in the late 1970s to see what would happen, and was astonished at the effect.

Among many other results, people feel quite free to make personal remarks about you in a way they otherwise wouldn’t.

Many of my more old-fashioned colleagues were more or less horrified, as was Lady Thatcher, who sometimes had to endure me as a lowly member of the press party on her flights abroad. She never said anything.

You could just feel the frozen disapproval emanating from her. One of my editors in that era was less restrained, remarking that he thought I looked like the Yorkshire Ripper.

One morning I just left off shaving, and my third beard began, a good deal paler than its forerunners. I think I might just be buried in this one

But on that particular paper, editors lasted little longer than summer showers, and he was soon gone.

This hostility was not such a surprise. In my childhood, beards were almost unknown, and were worn mainly by tramps, poets and artists, types of person not much respected in the bit of the middle class I came from.

Thanks to the war, it was still, just, the age of the moustache, a militaristic type of facial hair that has always seemed far odder than a beard to me – though not as odd as the lonely tufts of hair grown on the cheekbones of some naval officers in those days.

For even the Navy, the only one of the Armed Forces that allows a full set, had become almost beard-free.

When I spent a weekend in a Polaris submarine, I think I had the only beard in the boat, and in another warship I was told that beards were discouraged because they were unsafe.

They messed up the workings of the breathing apparatus sailors had to wear in case of a fire aboard. 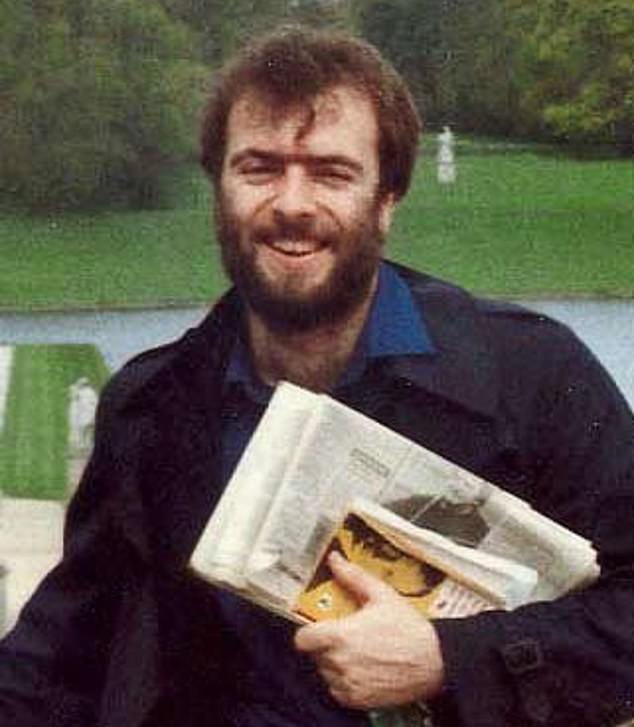 In my childhood, beards were almost unknown, and were worn mainly by tramps, poets and artists, types of person not much respected in the bit of the middle class I came from

Beards, in short, belonged in the past, and were expected to stay there, on the portraits of Victorians or of Elizabethan buccaneers.

Yet I could never quite square this anti-beard sentiment with the majestic whiskers of the late King George V, whose portrait was to be found in about half the coins in my pocket, when I was still a schoolboy.

I can’t recall getting rid of the first one. I think I decided it would get in the way of my career, such as it then was. I was often tempted to grow it again, especially during the long winters of Moscow, where I soon afterwards went to live.

Russia was a country of beards, if ever there was one. Yet there was a terrible discouragement. My licence to live and move and have my being in the USSR was a precious slip of green paper, my multi-entry visa.

This was obtained only after a long and testing process. And the photograph of me which it featured showed me without a beard.

The Soviet Union’s terrible bureaucracy would have required me to change that document, a daunting inquisition, if I had let my whiskers grow again – and to change it back if I ever changed my mind. It was simpler to stay smooth-chinned.

But I can very well recall launching my second beard, in Cuba, another hairy nation. I was stuck in Havana, where I had gone to watch thousands of Cubans taking advantage of a 1994 Castro decree allowing them to leave their imprisoned island.

It was a worrying thing to see, as they set off on pathetic balsa and Styrofoam rafts, hoping to make it across the dangerous sea to Florida.

But when I had written and sent my story, I found I myself could not get out, as it was very hard to arrange the complicated embargo-busting journey back to my then home in Washington DC.

There were no direct flights in or out, and it took ages to design and pay for the complex Latin-American zigzag from this Marxist outpost back to the heart of American Imperialism.

I’d run out of razor blades, and it seemed like a good way of commemorating my enforced stay – during which I also took the astonishing train ride to Guantanamo, and peered down into that then little-known US base through huge Soviet binoculars.

By the time I made it back to Washington, the beard was already well advanced and I decided to keep it. It gave me added confidence in the several confrontations I had there with the equally bearded Gerry Adams of Sinn Fein, and I treasure a picture of me interrogating him at some press conference.

We had lots of clashes, all of which annoyed him. Was this the one at which he announced that the new Sinn Fein office in the US capital was not just a bureau but an embassy, and I asked him if it would, in that case, have a military attaché? Perhaps. He looked suitably cheesed off. 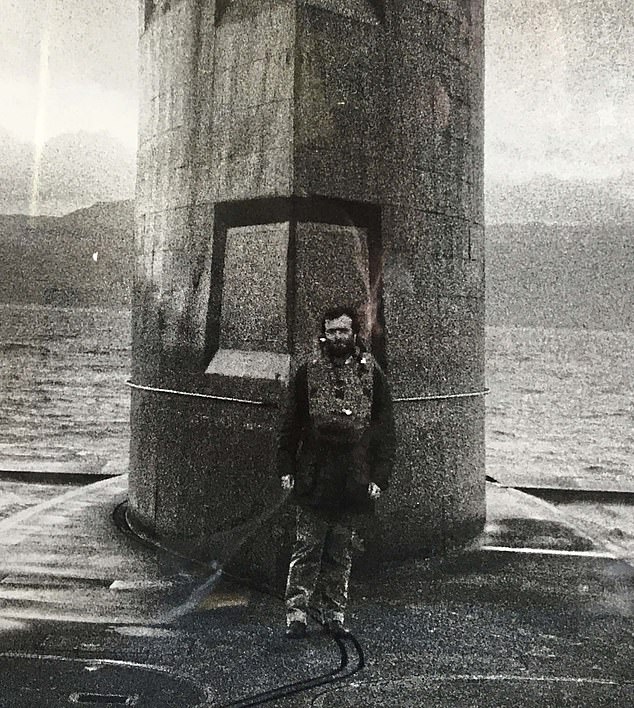 On deck: Peter aboard Polaris submarine HMS Repulse, with the Isle of Skye behind

He replied by saying through clenched teeth ‘Isn’t it time you were decommissioned, Peter?’, after which I began to take certain precautions.

Soon afterwards, I returned rather reluctantly to England. After five years away in Russia and America, this was much like returning from orbit to the surly bonds of Earth.

As an expatriate I had felt weightless, unrestrained by the normal rules. Now I was back to the pressing cares of normality again, and a whiskery face seemed frivolous.

So I began again the boring daily ritual of soap and razor which, when you think about it, is one of the oddest things that men do.

But something in the atmosphere of the past few months changed all that.

Not since my revolutionary years in the 1960s (when I made do with sideburns almost as big as bananas and looked a bit like a poundshop Bob Dylan) have I felt so fiercely out of step with convention, so unwilling and unable to conform with the expected.

And one morning I just left off shaving, and my third beard began, a good deal paler than its forerunners. I think I might just be buried in this one.