No British Prime Minister in modern times has faced an assault on their authority as organised as the one Theresa May will encounter at the Tory party conference. It will be brutal political warfare.

Mrs May’s enemies at the gathering, which opens tomorrow in Birmingham, will be lying in wait around every corner. And they are led by the most ambitious politician in Britain, the former Foreign Secretary Boris Johnson.

In an unprecedented act of pure treachery, Mr Johnson has chosen the eve of Conservative Party Conference to launch an out-and-out attack on Theresa May.

Yesterday morning he published a vituperative destruction of Mrs May’s Brexit policies in the Daily Telegraph, paper of the Conservative political establishment.

Then, last night he renewed his attack on national TV and repeatedly refused to rule out a challenge to the prime minister.

Mr Johnson has launched a Conservative civil war with an act which will be seen by many Cabinet ministers as an act of political terrorism. Some senior Tories are coming to wonder whether the attack is co-ordinated and part of a pre-conceived plot.

Boris seems determined to see the back of the Prime Minister, along with her favoured ‘Chequers’ solution for Brexit negotiations, which proposes the creation of a new UK-EU free trade area for goods, with a ‘common rulebook’ which could limit our ability to strike trade deals with countries such as America.

It would also see us subject to Single Market rules and the jurisdiction of the European Court of Justice, yet without any influence. No wonder the attack from some of Mrs May’s colleagues will be formidable.

There are reports that Sir Oliver Letwin, a Tory grandee who has stood by the PM throughout her negotiations with Brussels, is ready to lead a delegation of so-called ‘grey suits’ to tell her to quit after Brexit is completed next spring.

Mrs May’s navigation of the minefield starts when she addresses the National Conservative Convention at a private event in the conference centre tomorrow morning. 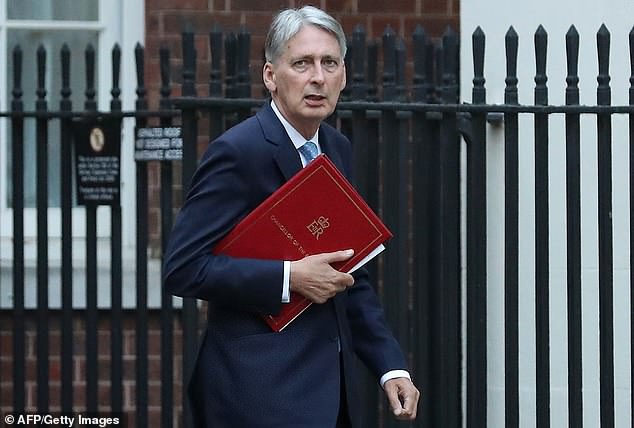 The Prime Minister can look forward to a brief respite on Monday when her most loyal supporter, Chancellor Philip Hammond (pictured), will speak at the economic debate. 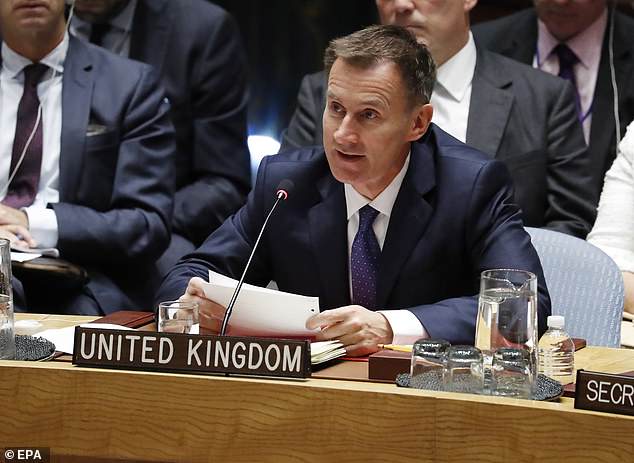 Though it has no public profile, the NCC represents constituency parties, and has the power to make or break Tory leaders. It is likely to spell out the message to the Prime Minister that her Chequers plan must be taken off the table.

They will not attack the Prime Minister directly, but Tory Kremlinologists will be alert for coded messages to activists that Mrs May’s Chequers deal should be dumped.

Jeremy Hunt has already indicated that he could back the so-called ‘Canada Plus’ alternative favoured by the Brexiteers, a free trade agreement with low tariffs based on the one which came into force last year between Canada and the EU.

Mrs May is known to be religious. She will need to say her prayers extra hard if she goes to church tomorrow. Because after the foreign affairs debate we will see the first public assault on her authority, at a rally tomorrow night, attended by leading Brexiteers Priti Patel and Jacob Rees-Mogg. 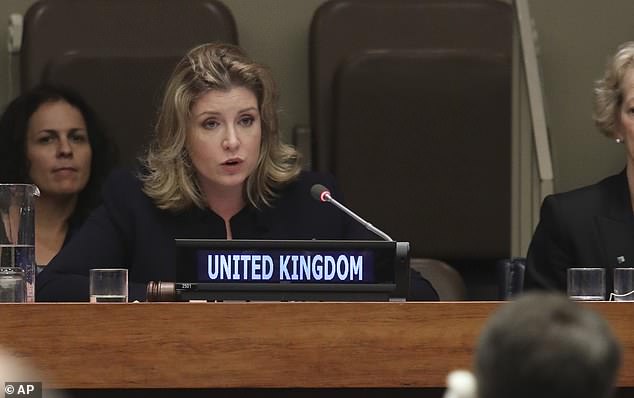 Penny Mordaunt will speak in a debate about ‘global Britain’ tomorrow afternoon. She is one of a number of cabinet ministers who want Mrs May’s job 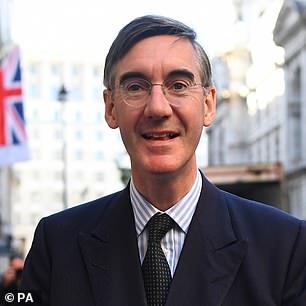 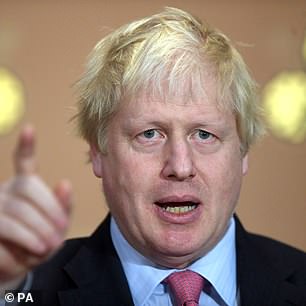 The Prime Minister can look forward to a brief respite on Monday when her most loyal supporter, Chancellor Philip Hammond, will speak at the economic debate.

But on Tuesday, it’ll be tin hat time again when Boris Johnson returns to the fray and sets out his alternative vision of Brexit.

Mr Johnson will warn that Mrs May’s Chequers proposals are worthless and that the Prime Minister can only survive by taking the advice of Brexiteers and backing ‘Canada Plus’.

Behind this message will be an unspoken threat. Should Mrs May persist with her Chequers plan, Brexiteers will oppose her in Parliament when the deal comes to a vote. This could precipitate a general election, which risks putting Jeremy Corbyn and his hard-Left socialism into No. 10.

Mr Johnson and his allies will argue that Britain faces an historic and momentous choice . . . between Canada and Corbyn.

It’s based on the deal struck between Canada and the EU, which came into force in September 2017 — and took fully seven years to agree. The Brexiteers argue, with some reason, that Britain would agree her deal much quicker. Maybe.

The Brexiteers also point out that the Canada trade deal would guarantee ultra-low tariffs between Britain and Europe. No arguing with that. 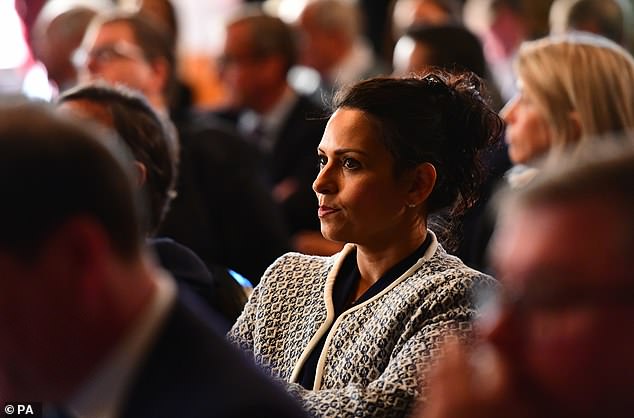 Indeed, the Canada deal fits neatly into the Brexiteers’ vision for an open, free-trading Britain able to strike deals of our own across the world and not subject to the jurisdiction of the European courts. If only it were that simple.Remember that Mr Johnson, a brilliant writer and politician, has a negligible mastery of economics.His first job after leaving university was as a management consultant. ‘Try as I might,’ he later stated, ‘I could not look at an overhead projection of a growth/profits matrix, and stay conscious.’

By his own admission, Mr Johnson is not necessarily well-placed to comprehend fully the financial and logistical details of the deal he is promoting.

The big problem with the ‘Canada Plus’ idea is that customs posts would need to be established to check goods flowing between Britain and Europe.

This, I believe, brings with it two serious problems.

The first is political. Border points would have to be re-established between Northern Ireland and the Irish Republic, jeopardising the warm relations between north and south.

Second, this need for customs barriers at Britain’s borders would do deep damage to our manufacturing industry, in particular the car factories in the Midlands and the North-East.

The complex nature of 21st-century car manufacturing means that Britain’s vehicle exporters rely on frictionless borders to export to Europe. I cannot see how this could be guaranteed under a Canada Plus deal.

It is for this reason that Theresa May has been determined to battle on for a version of her Chequers deal.

I applaud her for it. Whatever her weaknesses as a politician, I do not doubt for a second Mrs May’s patriotism, or determination to strike the best deal she can for Britain. By sticking with her Chequers plan, she is risking to do what she believes is the right thing. If only other politicians would show such principle.

Nor do I doubt the determination of Boris’s Brexiteers to secure British independence from what they see as the bureaucratic shackles of the European Union. But is the economic cost too great?

The odds are stacked against Theresa May in the coming days, when she will find, for the first time in her career, that the Tory conference can be hostile territory.

Her party is on the edge of an historic split as the Tories turn in on themselves, fighting a civil war from which they may not recover.

In contrast, this week’s Labour conference was a triumph for Jeremy Corbyn. Whatever you think of his ideas, there is no question that Mr Corbyn and his shadow government presented a largely united front — though not on Brexit — to British voters, the majority of whom, by the way, have no memory of the disastrous socialist years of the Seventies.

For that reason, voters may look at the civil war between Theresa May and Boris Johnson next week and reasonably conclude that they prefer Jeremy Corbyn’s Labour.

It all reminds me of the 1997 general election when Tony Blair led a united party to a landslide victory over John Major’s catastrophically divided Tories. Is history about to repeat itself?

These are dangerous times, not just for Mrs May, but also for her party. If they do not pull themselves together, show some flair, optimism, leadership, and dare I say elan, then next week could go down as the point when they ruled themselves out of office for a decade.

During a career spanning 50 years, she appeared in Carry On films and had an electric presence on the stage. Reading the obituaries, I learn that she was the sister of Basil Feldman, former Conservative member of the House of Lords, who retired last year after a long and distinguished career. 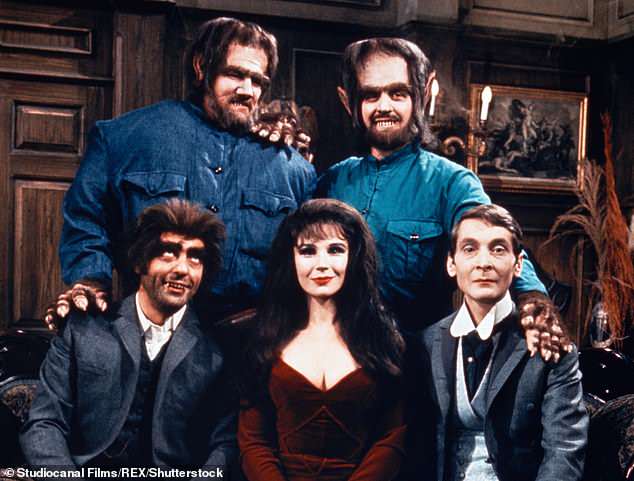 Tom Clegg, Billy Cornelius, Harry H Corbett, Fenella Fielding and Kenneth Williams (Left to right on each row from the top) in ‘Carry on Screaming’

Several times Baron Feldman and I have had lunch at the Ritz in central London, but perhaps out of modesty he never talked of his famous sister.

Condolences to his family, and from now on I shall look at him with renewed admiration and respect.

Toxic turn for the worse

The present crisis over Brexit should be a magnificent opportunity for Ukip. It could hold the Government’s feet to the fire and stand up for those who voted to Leave in June 2016. Instead, it is crashing in the polls and for a simple reason. Its new leader, Gerard Batten, is busy turning Ukip into what looks to me like a racist party. He is talking turkey with Tommy Robinson, a far-Right activist who co-founded the English Defence League, and changing Ukip into a party no decent person wants to have anything to do with.

Last week the Earl of Dartmouth quit, after accusing Mr Batten of having ‘hijacked’ the party to ‘campaign against Islam as a religion’.

Well done the Earl. Others, too, will turn away from Ukip in disgust.