A CDC study primarily including children from Arizona found that the shot could drop infection of the Omicron variant rates 31 percent among the youngest vaccine-eligible cohort.

Researchers also found that the jab was 87 percent effective against the Delta variant and 59 percent against Omicron in children 12 to 17.

The data comes weeks after New York state health officials revealed data showing the Pfizer jab was only 12 percent effective for children aged five to 11, deeming the shot as providing little to no protection.

A CDC study finds that the Pfizer Covid vaccine was 31% effective at preventing infection from Omicron in children aged five to 11. A much larger New York study found that the jab was ineffective for the age group. Pictured:  A young girl in Arcadia, California, receives a COVID-19 vaccine shot 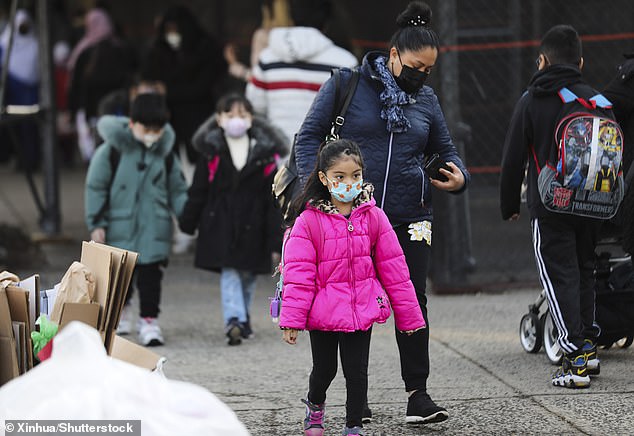 Covid has not shown much of an ability to harm children over the last two years, with half of cases asymptomatic and minors making up 0.1% of virus deaths. Pictured: A young girl walks in New York City while wearing a mask

‘This study provides evidence that receipt of two doses of Pfizer-BioNTech vaccine is effective in preventing both asymptomatic and symptomatic [COVID-19] infection with the Omicron variant among children and adolescents aged 5–15 years,’ researchers wrote.

‘All eligible children and adolescents should remain up to date with recommended COVID-19 vaccinations.’

A majority of the 1,300 total participants were from Arizona, with half coming from Tucson. Participants were also gathered from Miami, Florida, Temple, Texas and Salt Lake City, Utah.

Data was gathered from July 2021 to February 2022, meaning it included the period where the Delta variant became dominant in the U.S. as the 12 to 17 age group became eligible for the shot.

Participants were regular tested for Covid, even if they were not reporting any symptoms in an attempt to find asymptomatic infections.

While the shot was still not as effective as hoped against Omicron, it did show an ability to prevent infections.

At the end of February, New York state published pre-print data of over 1.1 million children, 365,000 of such were in the five to 11 age group.

It found that the shot could only reduce risk of infection by 12 percent, which was considered to be insignificant by the researchers. 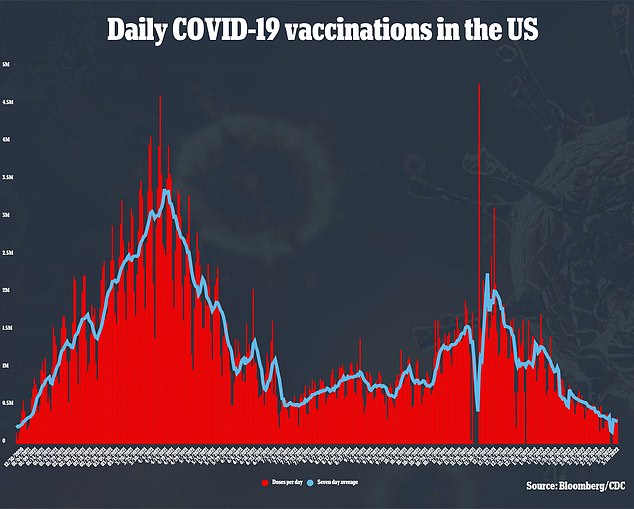 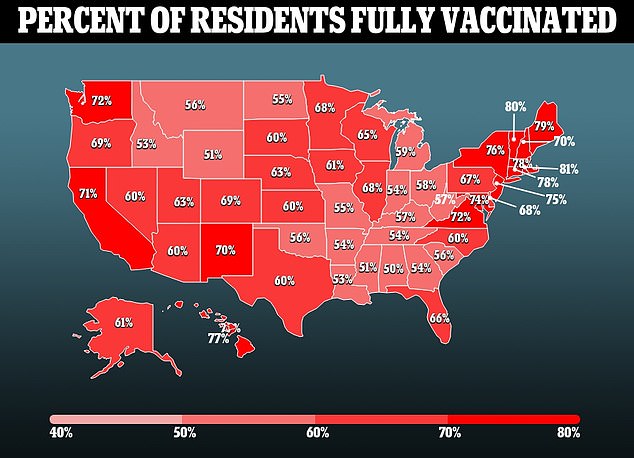 In both studies, a significantly lower vaccine effectiveness was found between the older and younger cohorts, with the shot seemingly working better for older children.

One major difference between the study groups is the dosage of the vaccine. While children aged 12 and older receive a 30 microgram shot, it is only ten micrograms for the five to 11 age group.

There was also a stark difference found between 11 and 12 year old’s – the cut off of where the vaccine dosage changes – implying the smaller doses are not as effective.

Pfizer has run into a similar issue with its dosage in children aged six months to four years old.

For that age group, the jab has been shrunk to three micrograms, though initial trials showed that three and four year old’s had little immune response to the smaller jab.

The company has since introduced a third jab into vaccine trials, and a submission for FDA approval for the shot has been halted as that data is gathered.

Pfizer is in a bind, though. The company wants to rollout shots for younger age groups, and has even been pushed by regulators to submit an application before data from the third dose came in.

Adding millions of young children to the expanded vaccine eligibility would also make the New York City-based company a nice sum of cash as well.

By having the only shot available to people under the age of 18 in America, it has effectively cornered an extremely profitable market. 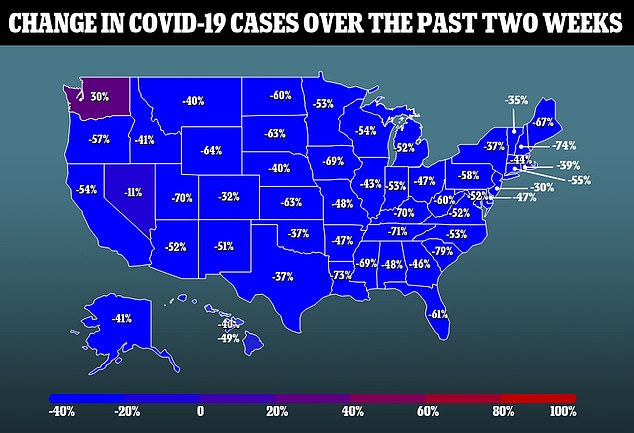 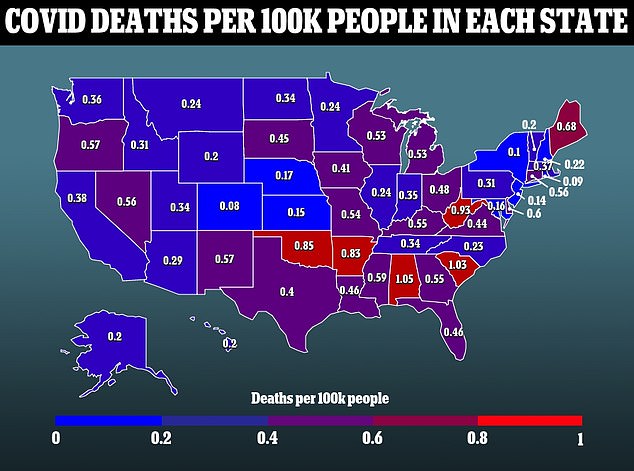 The mRNA technology used in the vaccine has now presented it a problem, though.

The CDC has warned that recipients of shots distributed by Pfizer and Moderna – which also has an mRNA Covid jab – carry a risk of developing rare heart inflammation. This risk is especially present in young males.

While this has not caused as much trouble for Pfizer’s shot as it has Moderna’s – which has had its use restricted in some Nordic countries over heart inflammation concerns – the company has had to tinker with dosage levels to avoid an increased risk in younger people.

The CDC reports that children only account less than 0.1 percent of Covid deaths in the U.S. since the pandemic first began.

The agency did not immediately respond to a DailyMail.com inquiry about its response to the issued guidance.

A study from the University of Utah last year found that 50 percent of pediatric Covid cases are asymptomatic. The study was performed before the more-mild Omicron variant emerged, meaning the risk for children to even feel symptoms is likely lower now.

Children may also be less likely to spread the virus when infected, with a German study finding that they release as little as only 25 percent of virus particles as adults do.

Data revealed by New York state officials at the end of last month also found that the shot was only 12 percent effective at preventing Covid infection for children aged five to 11. 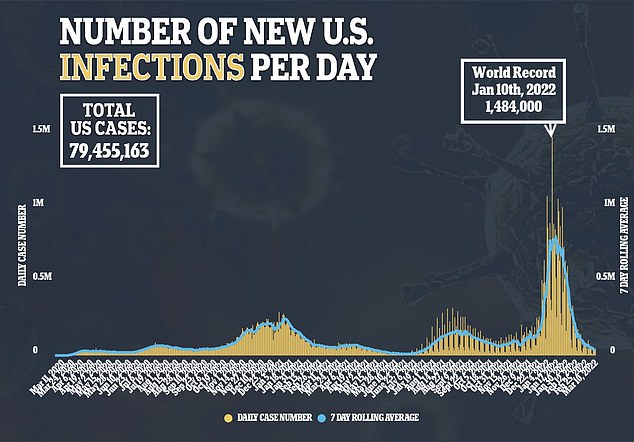 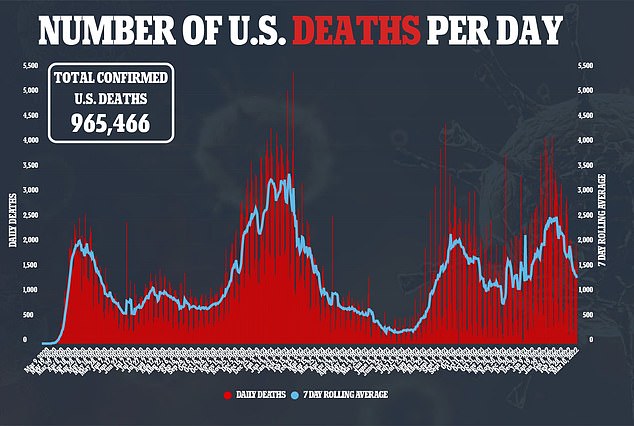