They say that Two Hearts are better than one.

And that was certainly the case when music star Phil Collins, 66, attended the Little Dreams Foundation Annual Music Auditions with his wife Orianne and their son Nick, 16, in Miami on Wednesday.

It was Just Another Day In Paradise for Phil as he lapped up the acclaim on the pre-event red carpet with his loved ones at his side.

Against All Odds: Phil Collins posed with ex-wife and current lover Orianne and son Nick at the Little Dreams Foundation Annual Music Auditions in Miami on Wednesday

There was definitely excitement in the air on the night the Genesis legend and event host arrived in a trendy ensemble of casual jacket, black T-shirt, trousers trainers and bucket hat.

Father-of-five Phil was walking with a stick, and has previously said he had suffered dislocated vertebra, nerve damage and foot fractures.

The model railway enthusiast’s injuries where so severe he worried he would never be able to play the drums, his signature instrument, on tour again.

Children aged four to 16 were taking part in the open audition, with winners receiving private music lessons, coaching and getting the chance to perform live at the annual Dreaming on The Beach Gala.

Last year Phil revealed he had got back with his ex-wife following their £25 million divorce settlement, which at one point was the most expensive in British entertainment. 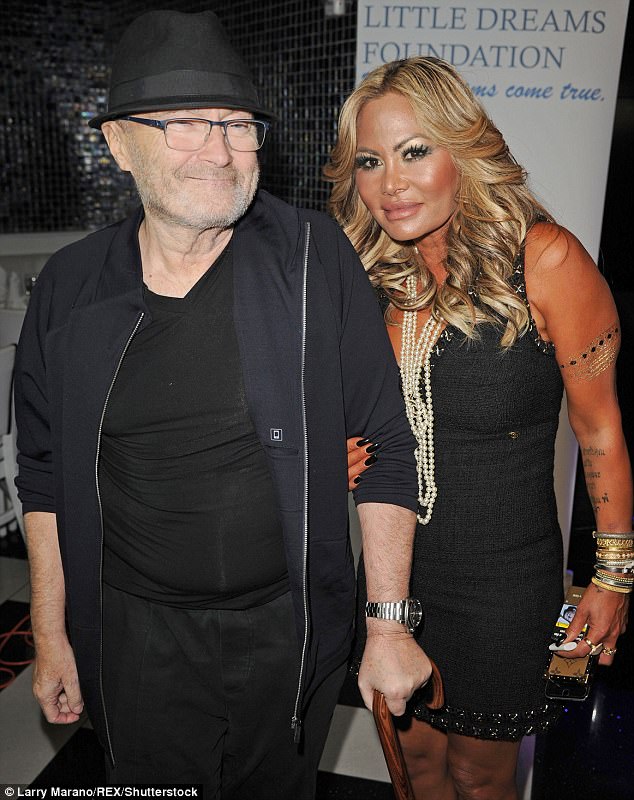 Two Hearts are better than one: Phil got back with his ex-wife last year 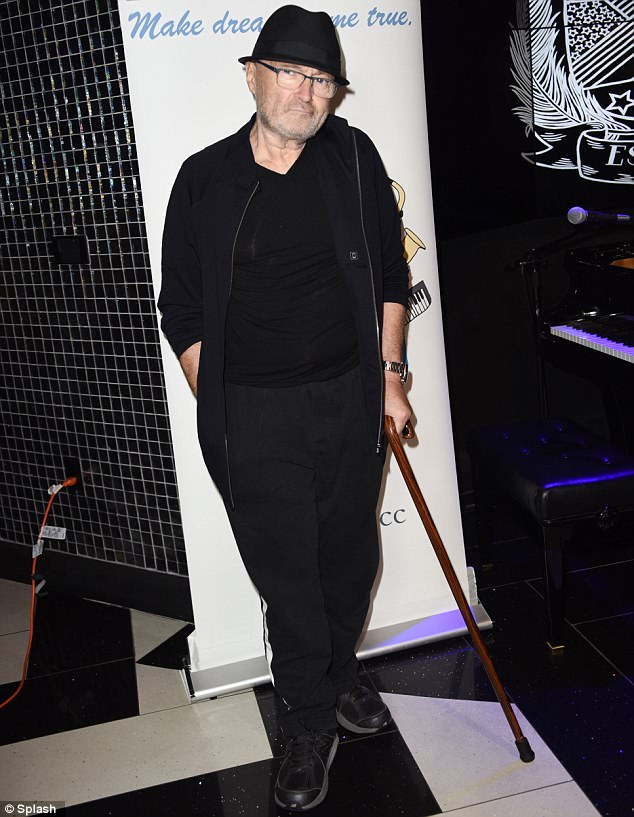 Taking stick: The much maligned music icon has previously said he has suffered dislocated vertebra, nerve damage and foot fractures 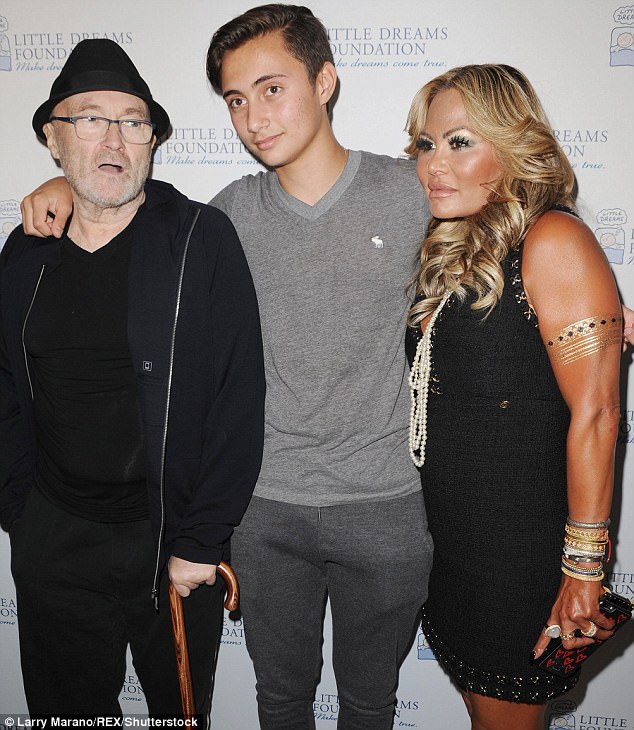 The look of love: Phil was caught gazing at his other half on the red carpet 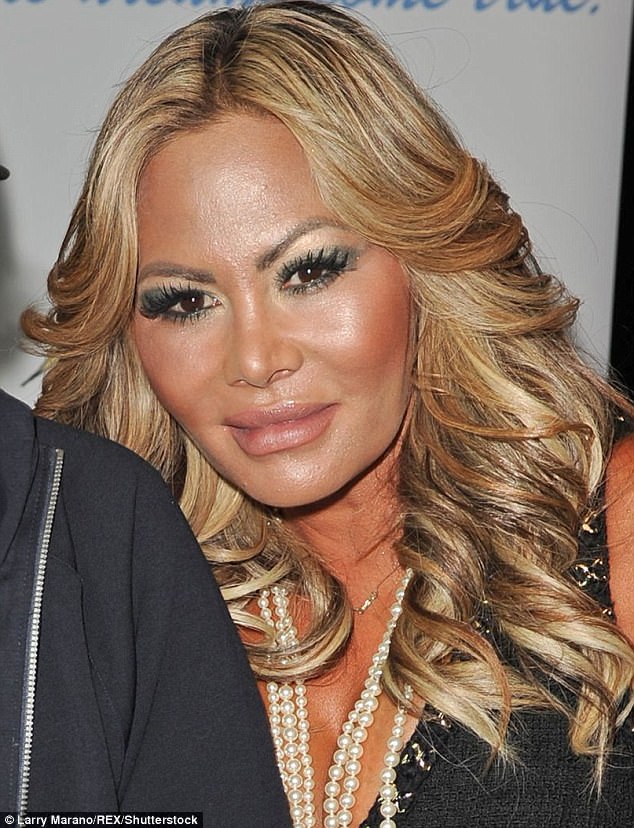 Can’t Stop Loving You: Before their reconciliation Phil admitted he was still in love with the natural beauty

The singer, who is worth and estimated $260 million, said: ‘I’m actually back with my third wife – I haven’t really talked about it.

‘We’ve been together for a while, and nobody’s noticed.’

He later said of their reunion: ‘I think it’s wonderful/ We got divorced… I paid her a lot of money. But that’s divorce, you know.

‘We realised it was a mistake and now we’re back together and everything’s great.’

Speaking about their reunion, Orianne said: ‘Our separation was the wrong decision. I now call Phil my husband again.’ 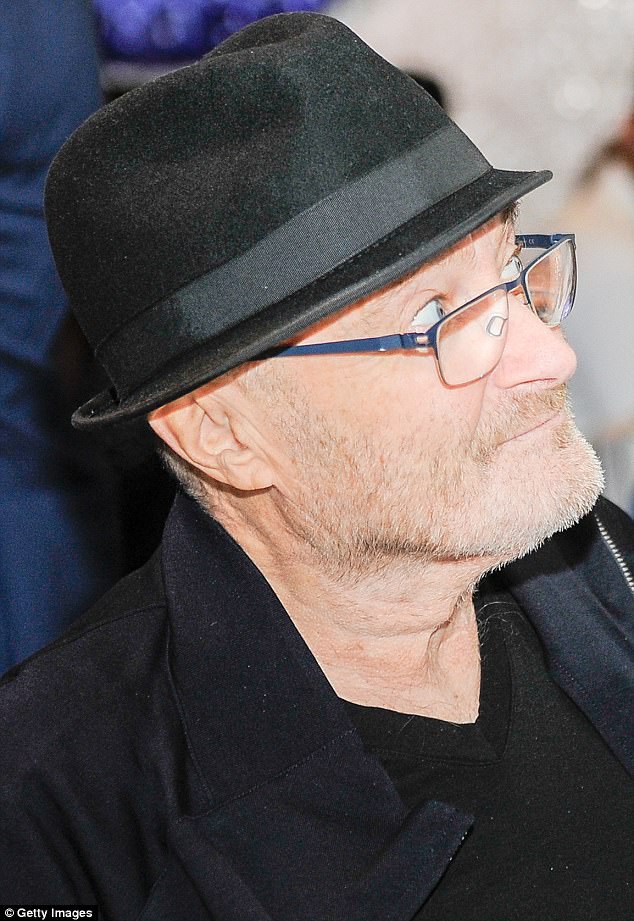 Hataboy: Phil was looking as trendy as ever in a striking black hat 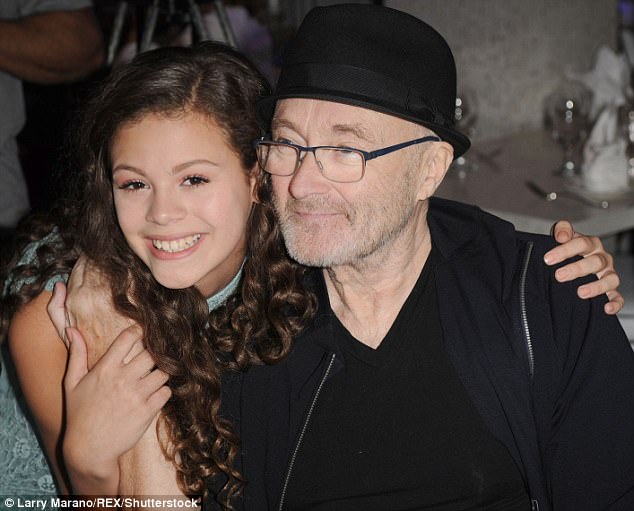 Do You Remember? It is very unlikely Angelina Green, 13, is aware of the star’s glory years 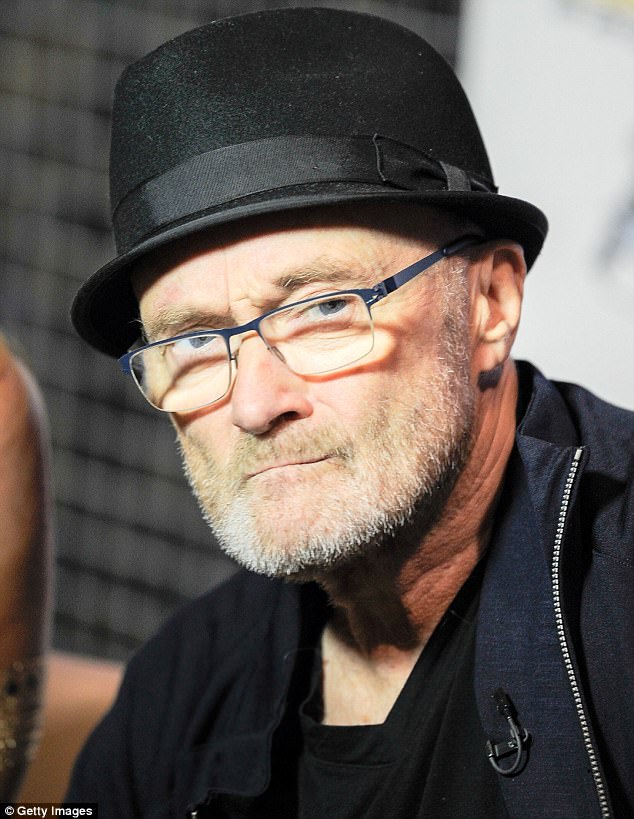 Specs appeal: The Sussudio star rounded off his look with trendy glasses

The star split with his third wife in 2006 claiming they had ‘grown apart’ but just two years later said he still loved despite the fact she had moved on with another lover.

And against all odds he won her back, going on to reveal hhad e bought a house in Miami where his lover and their two children live.

He has also enjoyed a career renaissance since coming out from a previous retirement from music in 2015, a move which followed intense criticism about his musical style, ubiquity and even his physical appearance.

Speaking in 2011, he said: ‘The fact that people got so sick of me wasn’t really my fault … It’s hardly surprising that people grew to hate me.

‘I’m sorry that it was all so successful. I honestly didn’t mean it to happen like that!” 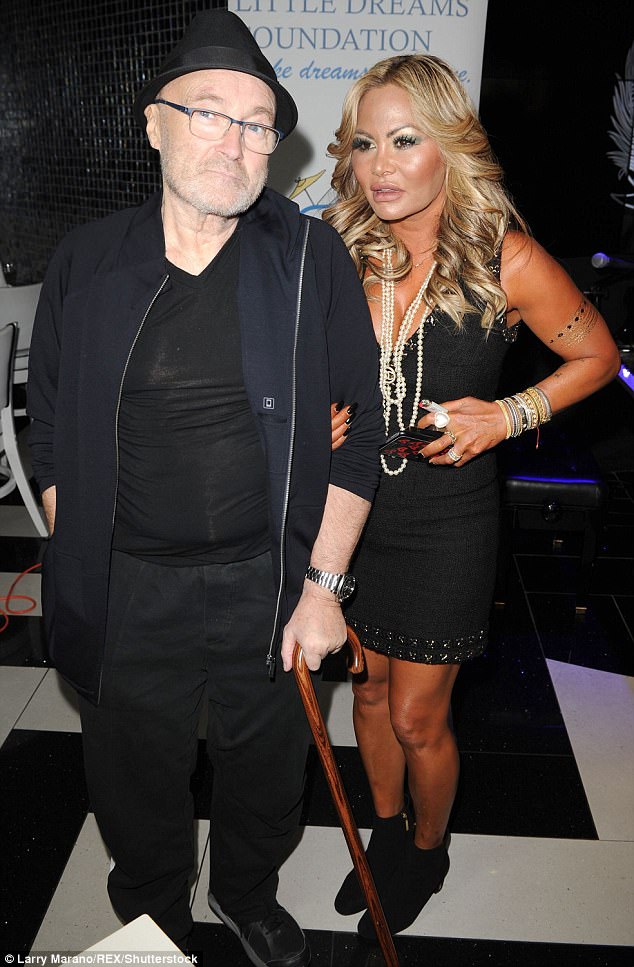 Must have been a Misunderstanding: Their £25 million divorce settlement was once the most costly ever UK celebrity divorce 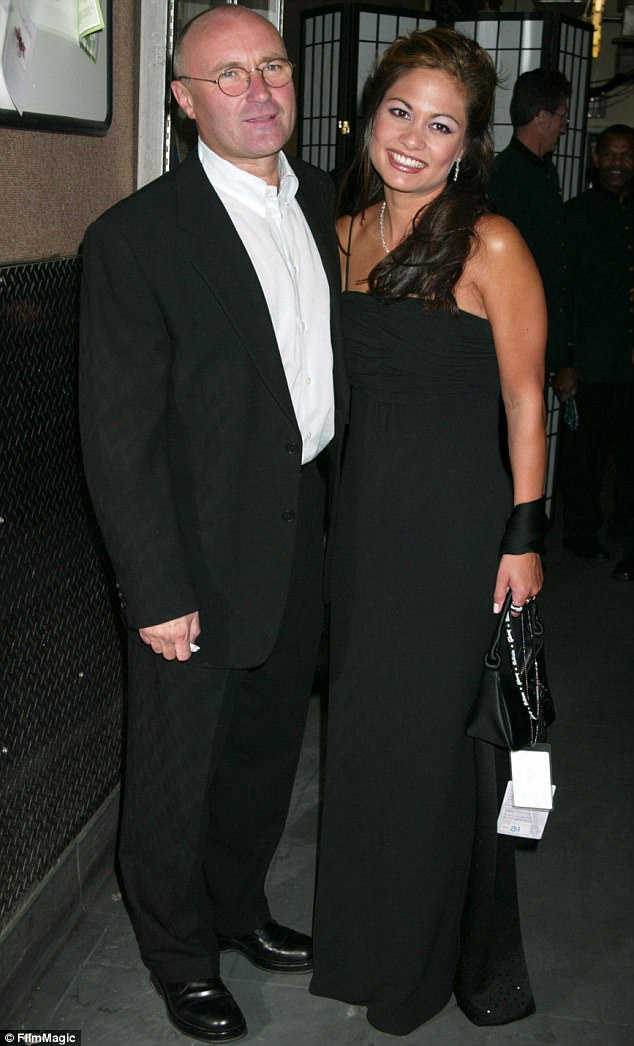 A Groovy Kind of Love: It was just Another Day In Paradise for the couple when they attended the Songwriters Hall Of Fame Awards in 2003