Phil Mickelson was left completely red-faced after missing a tiddler during his first round of the US Open on Thursday.

Mickelson, 48, is looking to seal the career Grand Slam after finishing runner-up six times at the US Open, and shot an opening round of one over par to leave himself seven shots behind leader Justin Rose.

But his round could have been a whole lot better had he not missed a tiny 22-inch putt for par early on at Pebble Beach in Calfornia on the third. 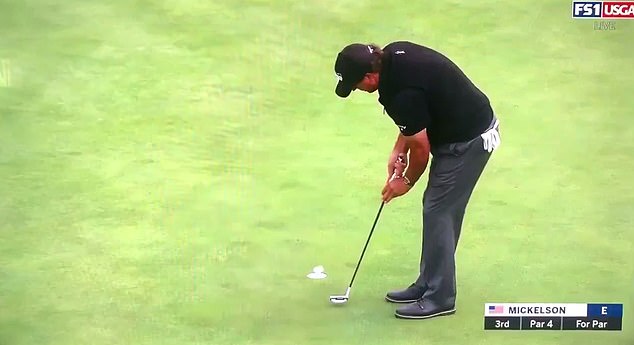 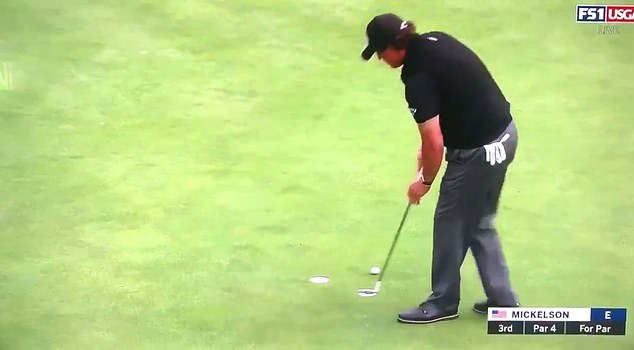 The missed putt took the American to one-over par, which would be his finishing score

Phil Mickelson misses “shortest putt of any player on this tour ever,” according to Paul Azinger, who may have a point … pic.twitter.com/wCGCL1isLl

And if that wasn’t bad enough, former American Ryder Cup captain Paul Azinger then taunted Mickelson for his huge gaffe.

While commentating for American TV, Azinger said the ridiculous missed putt was the ‘shortest missed putt of any player on this tour ever’.

Mickelson left fans shocked the following his ridiculous three-putt on the 412-yard par-4 third on Thursday. 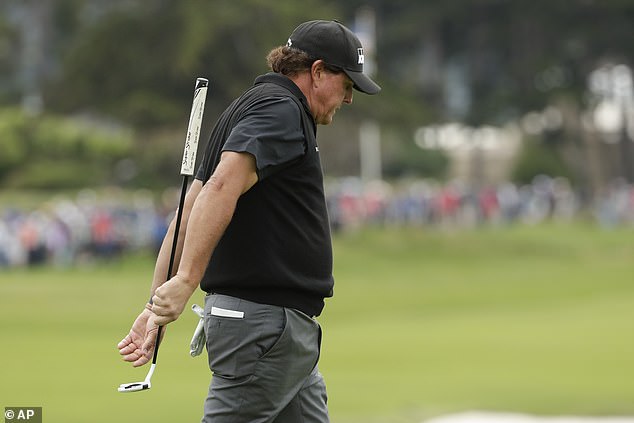