A brave four-year-old from Philadelphia will donate live-saving bone marrow to his twin baby brothers in two weeks.

Michael Pownall’s four-month-old twin brothers, Santino and Giovanni, have chronic granulomatous disease, which is diagnosed in one in 500,000 people every year.

The condition is an inherited primary immunodeficiency disease (PIDD) which increases the body’s susceptibility to infections caused by certain bacteria and fungi.

But on March 8, they will receive their big brother’s bone marrow – a transplant that is the only known cure for their disease.

Four-year-old Michael Pownall (center) will donate his bone marrow next month to his twin baby brothers, Santino and Giovanni, in order to cure their rare immune disease

Due to their condition, even a mild infection curable with antibiotics in healthy people could kill Santino and Giovanni.

They babies and their parents have been at Children’s Hospital of Philadelphia since their birth in October, unable to leave for fear that the boys could be exposed to a pathogen outside the facility.

Their mother, Robin Pownwall, and her fiance have had to quit their jobs, and Robin spends most of her time at the hospital.

Chronic Granulomatous Disease (CGD) affects only about 20 children born in the US each year.

These babies’ immune systems can fight of viral infections like the flu, but are nearly helpless against fungi and some bacteria.

If a dangerous pathogen does find its way into either boy’s body, their weak immune cells rush to attack it. 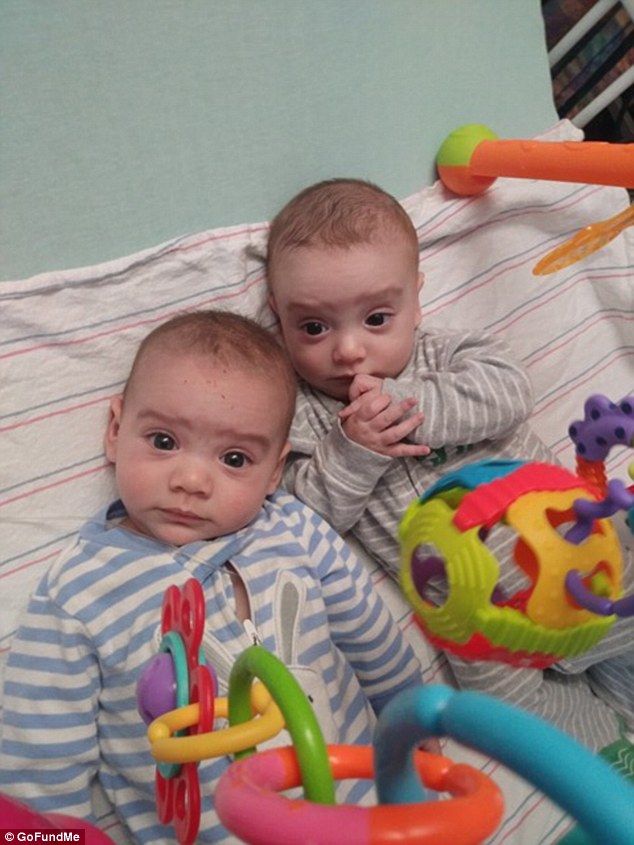 Santino and Giovanni were born in October. Both boys have chronic granulomatous disease 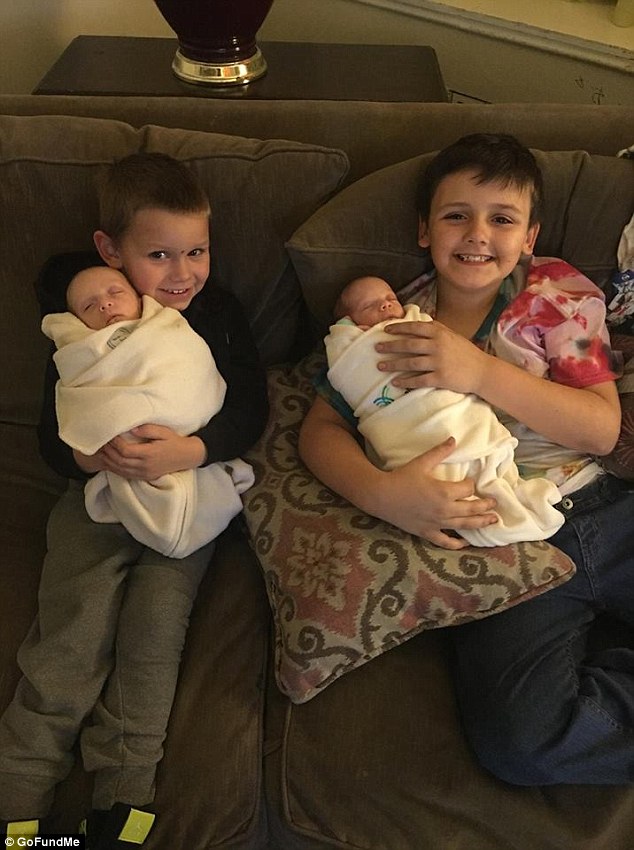 Michael’s older brother, Dominick (right) also has the disease, which can cause lumps of wasted immune cells to build up in the body, and received a transplant from a donor

Because the cells will not be able to eliminate the infection, they will simply gather at its site, forming a hard lump called a granuloma.

If Santino or Giovanni gets a severe infection in their bones or skin, it could lead to dangerous abscesses in internal organs such as the lungs, liver and brain.

The disease can be cured with a bone marrow transplant, but the process is complicated and it can be difficult to find a donor who is a perfect match.

Michael’s older brother Dominick also has CGD, but received a stem donation from an outside donor when he was an infant.

The boys’ mother Robin Pownall said that even though she and her fiance knew that the twins were at risk for the disorder, they were shocked when the diagnosis came back. 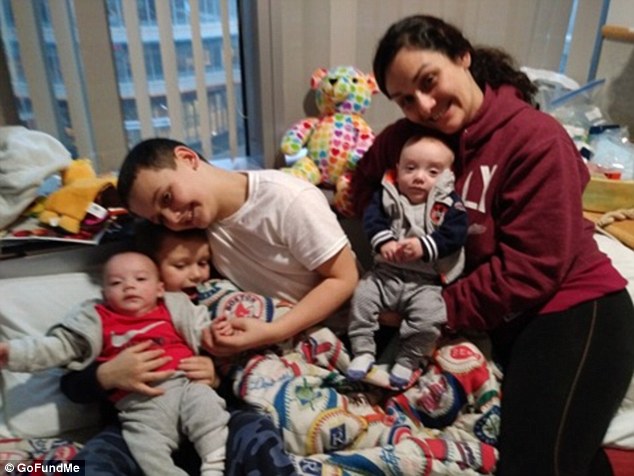 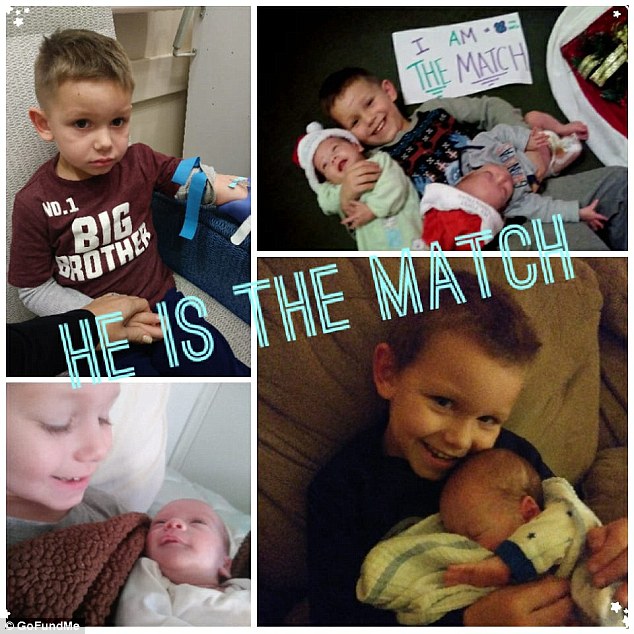 They were relieved when tests revealed that Michael was a transplant match for both twins.

Pownwall said the brave four-year-old is the family’s ‘superhero’.

‘When he gets the labs for the pre-testing, the nurses are amazed. They’re like: “I cannot believe how brave he is.” And he really is. It gives me chills,’ she told the station.

The surgery will take place at the Children’s Hospital of Philadelphia on March 8.

Two hours after Michael’s bone marrow is harvested, he will be able to watch doctors infuse it into his baby brothers.