A Philadelphia mob boss who says he has stepped away from a life of crime pleaded guilty on Friday to an illegal betting charge – avoiding a retrial in his racketeering case.

Merlino and other mobsters who were arrested are alleged to have operated in New York, Philadelphia, New Jersey, Pennsylvania and Florida.

The 56-year-old was on trial in February for federal racketeering but a mistrial was declared when the jury could not agree on a verdict.

Joseph ‘Skinny Joey’ Merlino pleaded guilty to a gambling charge on Friday to avoid a retrial in his racketeering case. Merlino is pictured above outside a Manhattan federal court on January 31, 2018 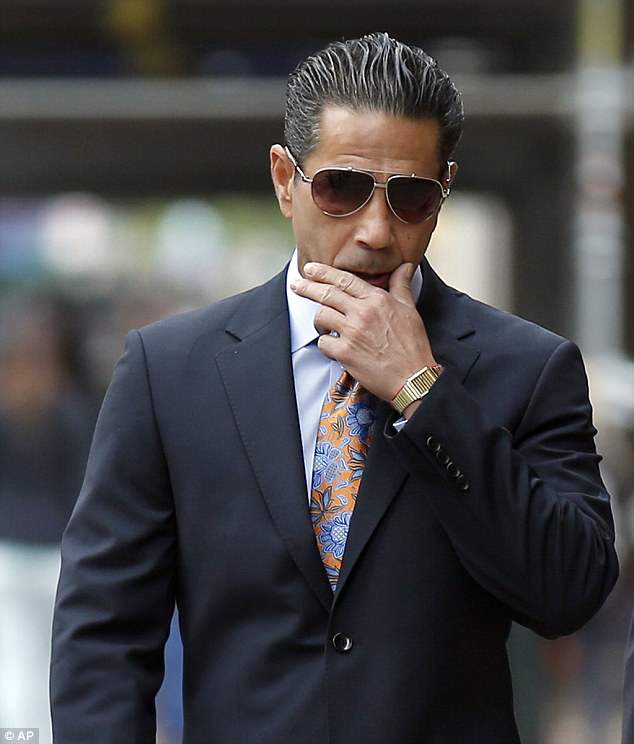 Merlino was back in a federal court in Manhattan on Friday to plead guilty to the lesser charge of gambling so he could avoid a retrial. The deal calls for a prison term up to 16 months, but US District Judge Richard Sullivan said he could impose a longer sentence based on Merlino’s criminal past.

Sentencing is scheduled for September 13.

Merlino once controlled the remnants of a Philadelphia-south Jersey organized crime family that was decimated by a bloody civil war in the 1980s and 1990s. Federal authorities say he was frequently targeted by murder plots after rivals put a $500,000 murder contract on his head.

In 2001, a jury acquitted him and six co-defendants of three counts of murder and two counts of attempted murder that could have put him in prison for life. He was convicted of lesser racketeering charges and served 12 years in prison before being released in 2011.

After his release, Merlino said that he had retired from the mob for good and opened an upscale restaurant in Boca Raton, Florida. The restaurant has since closed and in 2016 he was arrested again in a crackdown on an East Coast syndicate that prosecutors say committed numerous crimes including extortion, gambling, fraud and loan-sharking.

During the first trial, the defense tried to convince jurors that they were being misled by ‘compromised’ turncoat mobsters who testified against Merlino. 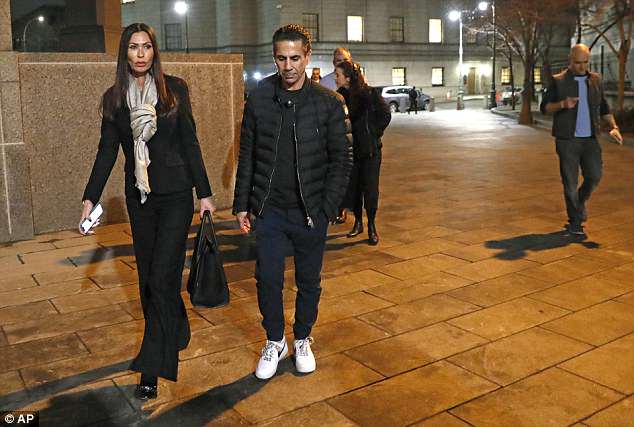 In February, a judge declared a mistrial in his racketeering case after the jury could not agree on a verdict. Merino is pictured above with his wife Deborah leaving court in February

One former mobster who testified against Merlino was John ‘Junior’ Rubeo, an ex-confidante of Merlino’s who became an FBI informant and secretly recorded conversations he had with Merlino about the alleged illegal activity.

The tapes were played during the first trial and allegedly included talks about bribing doctors and Merlino fretting about ‘stool pigeons’.

Merlino seemed carefree outside the courtroom on Friday telling reporters that he thinks the Philadelphia 76ers will win the NBA playoffs.

He also chimed in on Philadelphia rapper Meek Mill’s recent release from prison.

‘I’m glad he’s at home with his family where he belongs,’ Merlino said.