Philip Hammond would quit the Cabinet and take at least four Ministers with him if Theresa May tried to move towards a ‘no deal’ Brexit, Downing Street has been warned.

The Chancellor’s allies say that he and key colleagues would ‘walk’ if the Prime Minister reacted to losing next month’s crucial Commons vote by quitting the EU with no formal agreement about our future relationship.

They say Mr Hammond’s uncompromising stance is one reason why Mrs May has ‘downgraded’ her warnings about crashing out of the bloc with no deal and now tells her MPs there could be no Brexit at all if they reject the withdrawal agreement she has struck with Brussels.

The claims came as the Chancellor openly said the UK faced ‘economic chaos’ if MPs blocked the Prime Minister’s compromise and raised fears of ‘very serious’ consequences from a no-deal scenario, including job losses.

The Mail on Sunday understands all five have been placed on ‘resignation watch’ by No 10 if Mrs May countenances no deal.

One Hammond ally predicted that the Chancellor would want no part of any no-deal exit because he believes it would be so catastrophic.

The ally said: ‘Philip would feel that the damage this would do to the country would be just too great. He wouldn’t want to be part of implementing this. Philip would say, “I have done my bit to avoid it.”

‘I just can’t see him sticking around to help make no deal possible. There would be such social unrest, with serious job losses in some regions.’ 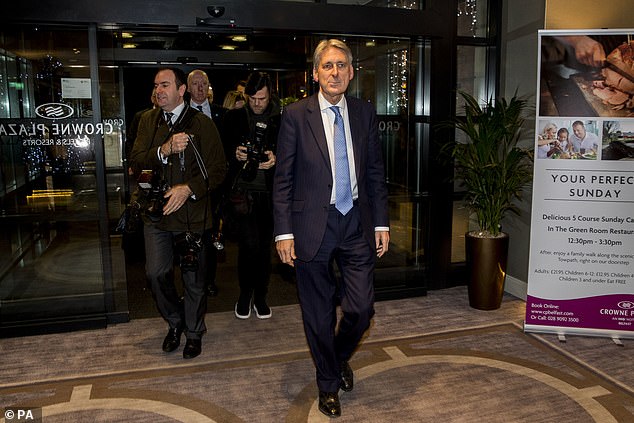 The ally added that other members of the gang of five would also walk on the grounds that pursuing a no-deal Brexit was ‘economic illiteracy’.

Yesterday Mr Hammond warned MPs thinking of voting against the deal in the Commons that ‘chaos will be unleashed’ if they did so.

He told the BBC: ‘If we were to leave the European Union without a deal I have no doubt that the consequences for the UK economy would be very serious indeed, very disruptive and very negative for jobs.’

The Mail on Sunday has been told that senior Downing Street aides have asked the Treasury to model the economic effect of the Prime Minister losing the ‘meaningful’ Commons vote, now pencilled in for December 12.

With No 10 fearing that up to 90 Tory MPs could vote against the deal, some advisers are privately pinning their hopes on a ‘second vote’ strategy.

This assumes that if the vote is lost, the financial markets would be so spooked that the pound would plummet and stocks would crash. 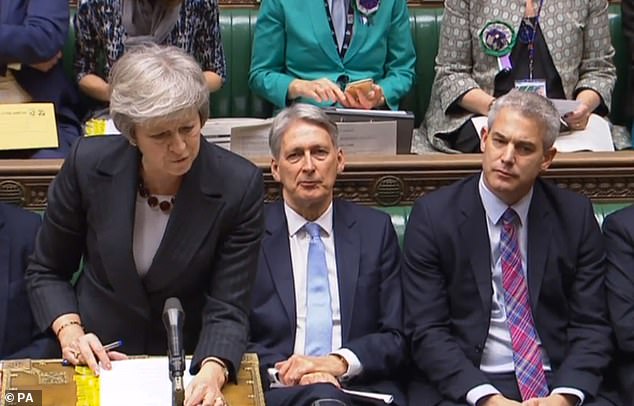 That, in turn, would persuade the Tory rebels and many Labour MPs to then back the deal in a second vote to avert lasting economic damage.

Then, the proposal was rejected by the House of Representatives, leading to the largest-ever one-day drop in the Dow Jones index. But shortly afterwards, it was reintroduced to the House and approved.

Secret talks are understood to have been taking place between Ministers and powerful Labour party grandees to work out how enough Labour MPs could be convinced to abstain on a second attempt to get the PM’s deal through the Commons.

The offer would potentially include asking the European Union to insert a new clause into the Withdrawal Agreement that would be a legally binding commitment by Britain to uphold all EU workers rights and employment legislation for ever.

One Minister said the message to Tory backbenchers was clear: ‘You may not like this deal, but you will hate what would be needed to get Labour support even more.’ 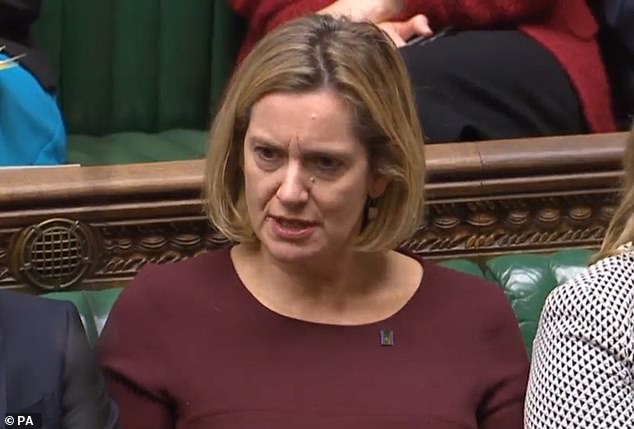 Newly appointed Work and Pensions Secretary, Amber Rudd, said t be one of the ‘gang of five’ cabinet ministers opposed to a hard Brexit 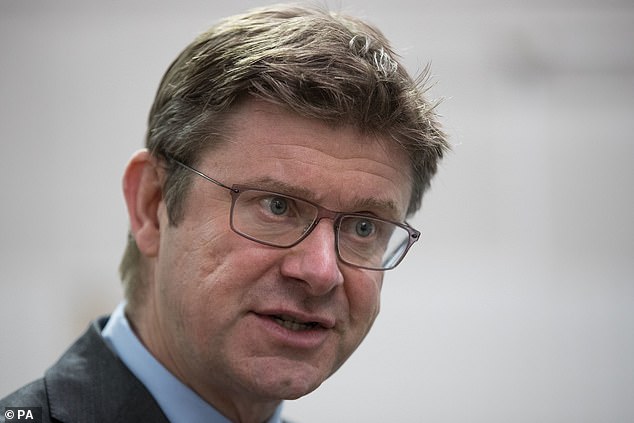 Downing Street also hope that fears of a fresh ambush on their Trade Bill to force the UK to stay in the EU’s customs union will win over MPs who hate the controversial Northern Ireland backstop.

When the Bill last passed through the Commons in July, the Government narrowly defeated a bid to lock the UK to EU trade laws for ever by just six votes.

But since then two Ministers – Jo Johnson and Guto Bebb – have quit, vowing to soften Brexit, and insiders fear up to four more could walk to back a fresh amendment to the Bill that is currently in the Lords.

Critical Brexit dates for the UK

Sunday: Deal agreed by Europe. Leaders of the 27 EU nations will meet European Council president Donald Tusk to sign off the Brexit deal, then will discuss future steps with Theresa May.

Week of December 3: Launch of immigration White Paper. The Government hopes to win over Tory Eurosceptics by showing Brexit deal can cut low-skilled migrants coming to the UK.

Week of December 10: The crucial Commons vote. With DUP allies opposed to it, along with as many as 90 Tories, Mrs May’s deal will struggle to get through.

December 13-14: Last plea to Brussels. A two-day European Council summit is scheduled and Mrs May could plead for last-minute concessions to get her deal past Tory rebels.

January 21: Parliament can take control. If no deal has been reached, the PM must make a Commons statement and MPs could try to force a second referendum or a General Election.

March 29: Brexit day. Britain will cease to be a member of the EU at 11pm, deal or no deal, although transition arrangements will continue for some time, as will talks on a future trade deal.

A senior No 10 source said possible rebels would be ill-advised to sabotage the Trade Bill, leading to permanent consequences, to avoid a short-lived backstop which would keep Northern Ireland aligned to some EU rules, and so avoid a hard Irish border, while a permanent solution was sought.

‘There is a tiny, tiny chance the UK gets stuck in the backstop for more than a couple of years, but there is a 100 per cent chance we lose a Trade Bill amendment if things are up in the air.’

The May ally added: ‘With everything we have negotiated it is almost impossible for us to get stuck in the backstop for ever, not least because the EU hate it.

‘We both have a legal obligation to find a solution to it, and that is enshrined in law. 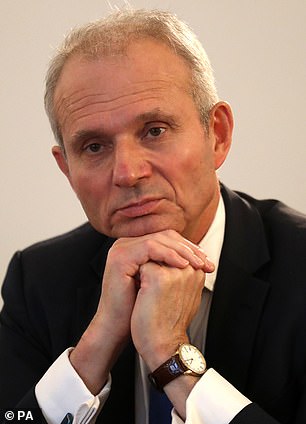 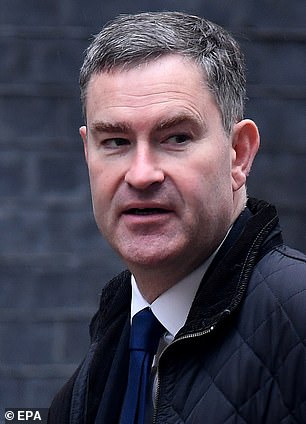 ‘The chances are tiny. Look at the numbers – there is a tiny chance of staying aligned to some customs union rules for more than a few years, or staying in the customs union for ever. Which is it to be?’

Last night, a source close to Mr Hammond insisted he had been fully ‘supportive’ of Mrs May and insisted that suggesting he could walk out over no deal was a ‘mischaracterisation of their relationship’.

‘He believes this deal delivers for the economy,’ the source added.

Mr Hammond is understood to have allocated an extra £500 million to help Government departments prepare for Brexit in the next financial year, which includes no deal preparation.

This is on top of the £1.5 billion already allocated for Brexit contingency planning that year.