If anything, this emphatic scoreline should be a reminder for Brazil that all is not well, rather than something to brag and boast about.

Philippe Coutinho scored a brilliant hat-trick as Dunga’s side crushed Haiti, tossing them this way and that, like a dog with a chew-toy, but the end result turned out to be a reminder of the most painful night in Brazil’s history.

The 7-1 defeat by Germany in the 2014 World Cup semi-final is still fresh in the memory and no matter how savage a beating they dealt Haiti in Orlando, it was, of course, just Haiti they were beating. 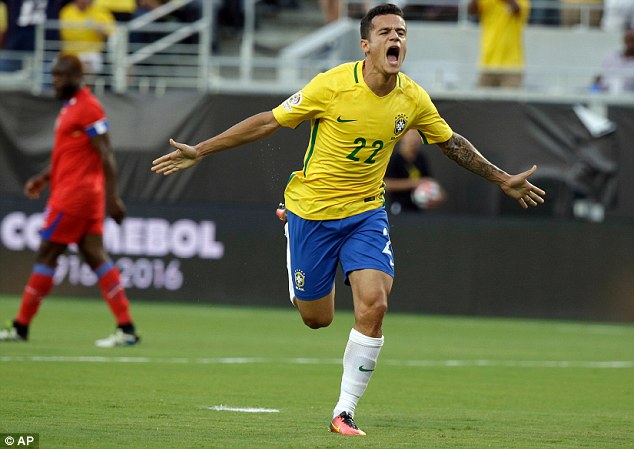 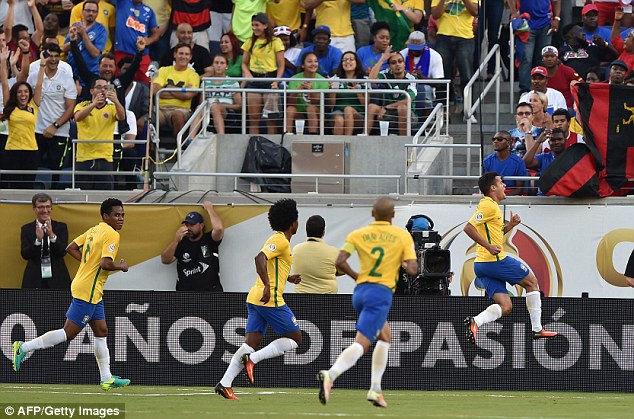 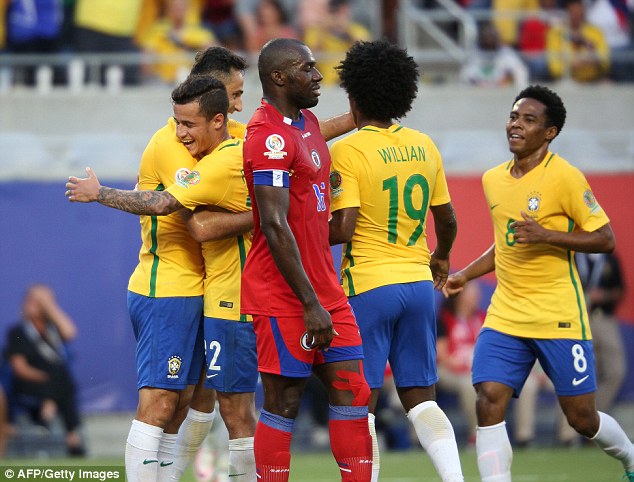 Brazil faltered in their opening Copa America Centenario Group B game, drawing 0-0 with Ecuador, and this was the perfect reaction, but given their opponents, it would be prudent not to read too much into it.

They started quickly – in the 14th minute Filipe Luis fed Coutinho on the left and the Brazilian surged forward, towards the penalty area, launching a powerful strike into the bottom left corner, beating Johnny Placide at his near post.

The goalkeeper perhaps could have done more, but the defence shouldn’t have let Coutinho have enough space to hit the ball at goal. It’s not like there wasn’t a warning sign, with the goalkeeper already fielding a long-range strike from the Liverpool man.

Another Premier League star, Chelsea’s Willian, also caused problems for Haiti, needling at them with his speedy runs, with Reginal Goreux deservedly making it into the referee’s notebook for a cynical barge on the wide man.

The second goal was soon forthcoming, before the half-an-hour mark. Dani Alves crossed from the right and Benfica striker Jonas worked hard to make sure it was his ball, which he stabbed across for Coutinho to finish at the back post. 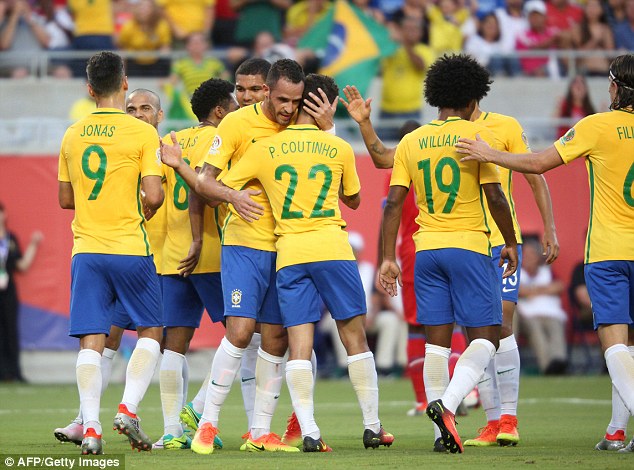 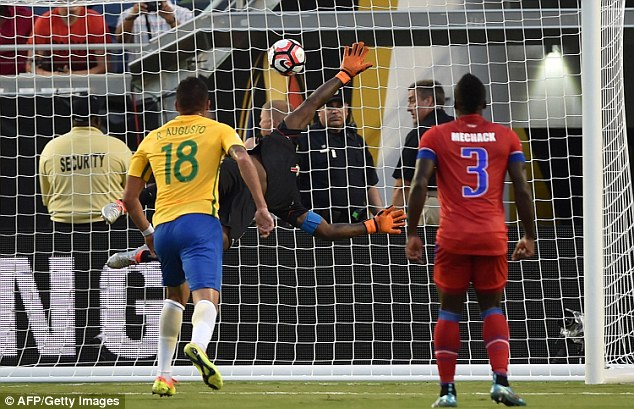 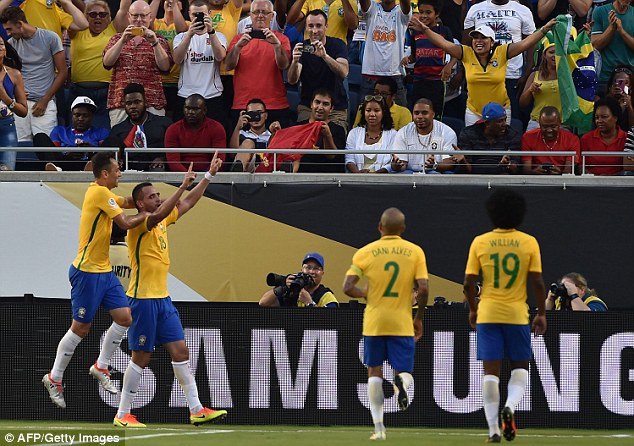 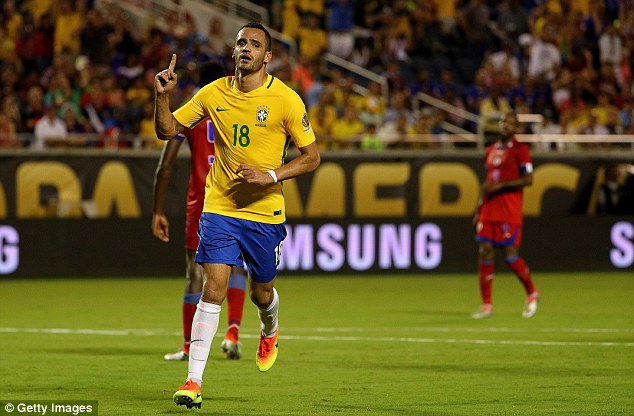 Haiti had hit the midfielder twice with heavy tackles in the first four minutes but couldn’t get close to him after that. He doesn’t always produce in this way when with his country – then again, they aren’t always playing Haiti – but in Orlando Coutinho was sublime.

Coutinho almost created the third, after a storming run by Willian, but his cross was deflected and Placide managed to keep it away from the lurking Jonas.

It was good work by the goalkeeper, but hero turned villain moments later. His horrendous throw out landed straight at the feet of Dani Alves, who whipped the ball back into the box for Renato Augusto to nod beyond Placide for the third goal.

Four nearly arrived when Willian’s cross just eluded Jonas, while at the other end Haiti had their first chance, in the 41st minute. Jean Sony Alcenat got forward and fired in a low strike, which was easy enough for Alisson to deal with. 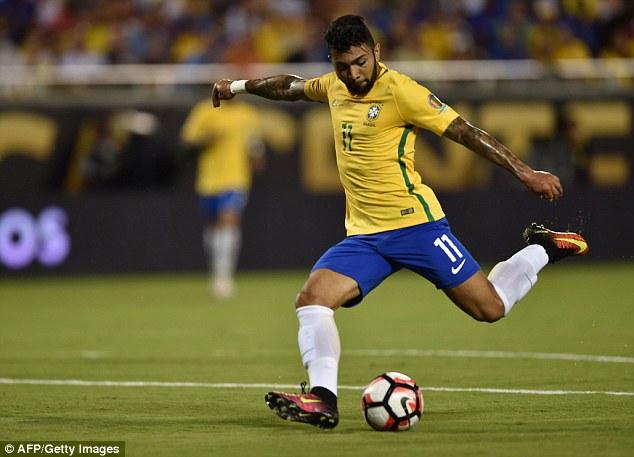 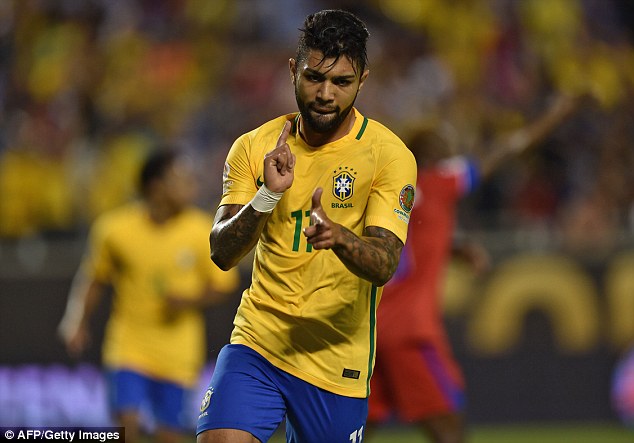 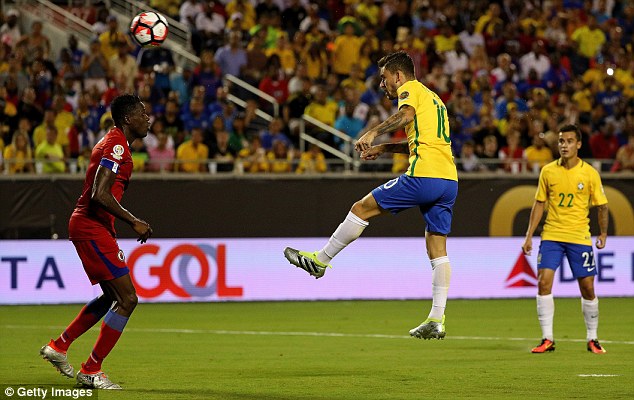 It eventually did in the second half, but not before Gabriel Barbosa – or ‘Gabigol’ as he is known – made his introduction. Brought on for Jonas at half-time, the Santos starlet is the latest starlet off the production line.

He was sharp from the off, reaching Elias’ fine through-ball and drilling home to pile on the misery for Haiti.

Another substitute, Lucas Lima, joined in the fun, when he nodded Dani Alves’ cross home for Brazil’s fifth goal, with Haiti in absolute tatters at the back.

Haiti did get a consolation goal though, with James Marcelin firing home at the back post after Alisson parried a low effort, and it was raucously greeted by their support at the lamentably named Camping World Stadium. 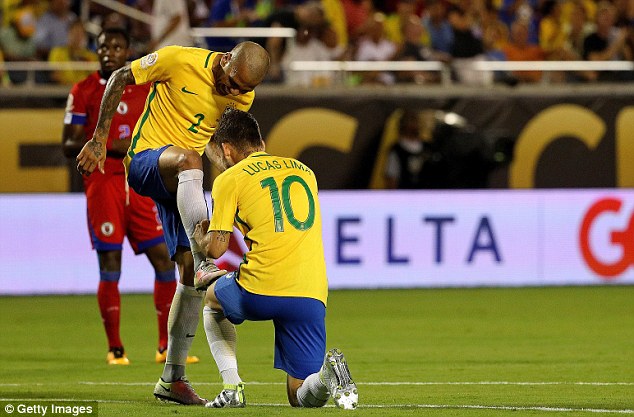 Lima pretends to shine the boot of Barcelona defender Alves, who is set to leave the club for Juventus 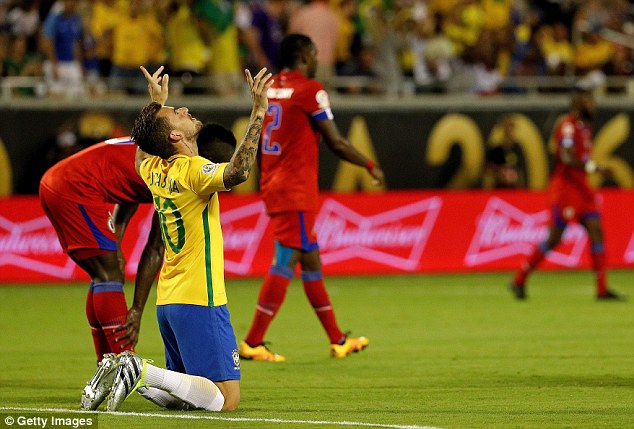 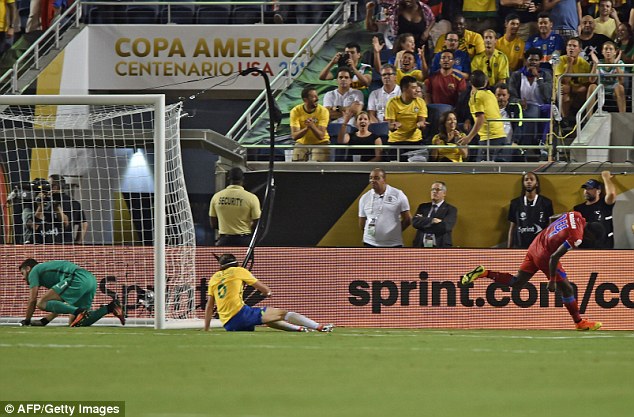 If this game was Brazil setting out their tent then Haiti were the soft ground they were pitching on, offering little-to-no resistance against Dunga’s scouts.

Coutinho wrapped up his hat-trick at the end, with his finest strike yet, another long distance curler that nestled delightfully in the far corner.

Up next is Peru for Brazil, who will be a sterner test in their final Group B clash. Conquer that challenge with as much vigour as they tackled this one, and they can be considered contenders for the title once again.

And it will take just that, a major title, for the pain of recent years to start subsiding.