Philippe Coutinho admits Liverpool’s Champions League draw with Sevilla felt like a defeat after they threw away a three-goal first-half lead away from home.

And the Brazilian playmaker has called on his team-mates to ‘stay awake’ in order to eradicate the defensive inefficiencies that were once again laid bare.

Jurgen Klopp’s side raced 3-0 ahead thanks to a Roberto Firmino brace and Sadio Mane, before the Spaniards came roaring back after half-time and equalised right at the death.

‘It wasn’t a good result, we almost felt like we do after a defeat,’ he told the club’s official website.

‘We had a great first half and then in the second half we let everything unravel and so we were all feeling very frustrated.

‘We have to stay awake all the time, 100 per cent. I think that the first half, the way we went into the game, we have to go into the second half [like that] too.

‘And I think all of the players, we all switched off a little bit and we thought that at 3-0 it was going to be a little bit difficult for the opposition [to come back].’ 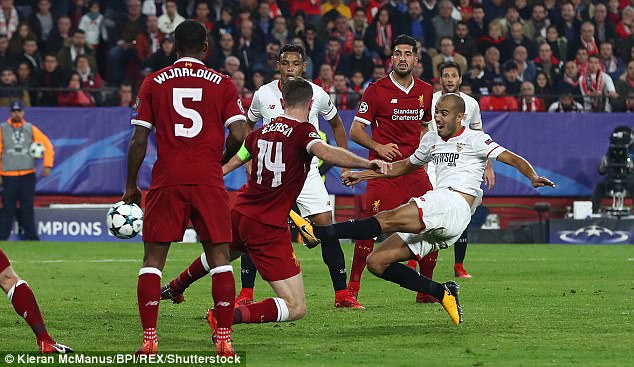 The Reds led 3-0 at half time, but were pegged back to 3-3 in second half stoppage time 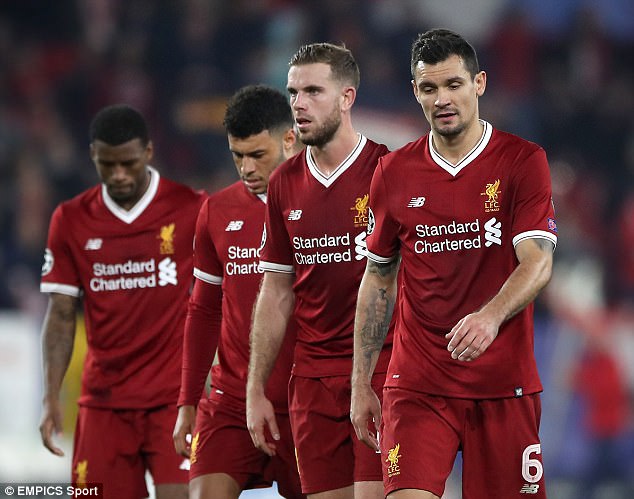 Liverpool remain on course to reach the knockout stage of the Champions League for the first time since 2009 despite Tuesday night’s setback.

Klopp’s side lead Sevilla by a single point at the top of Group E, and hold a three-point advantage as well as a significantly superior goal difference over third-place Spartak Moscow.

The Russians visit Anfield in just under a fortnight’s time for the final group game. 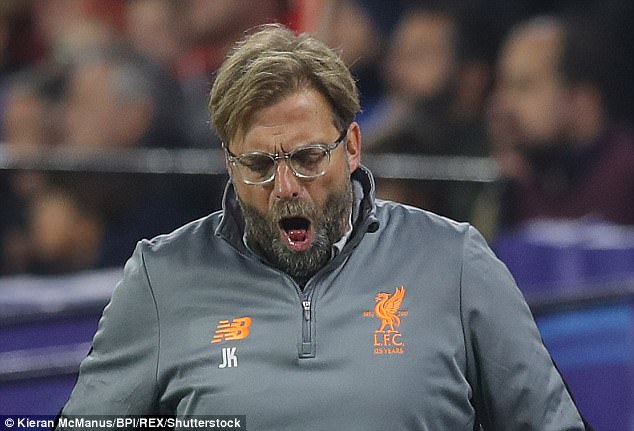