The Philippines has held a referendum today for their minority Muslim population to have an autonomous region in the hopes of bringing peace to volatile area.

The long-awaited vote is the culmination of a peace process to end decades of separatist conflict in a region plagued by poverty, banditry and Islamist militancy.

Some 2.8 million people in Mindanao, the country’s southernmost region, were asked if they backed a plan by separatists and the government to create a self-administered area known as Bangsamoro.

The ballot was mainly peaceful and turnout was large, according to election authorities, with a result expected within four days when a manual vote count is completed. 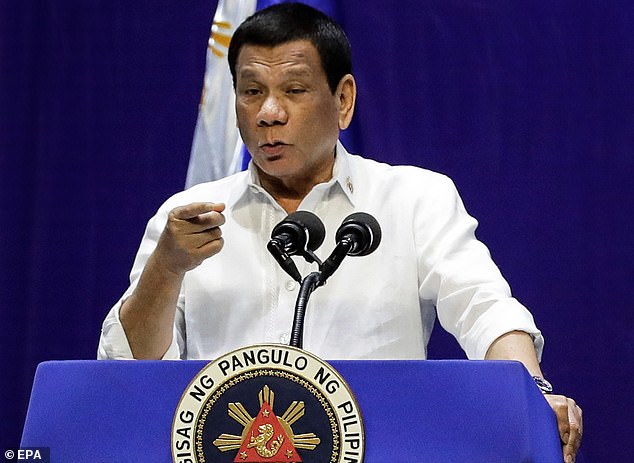 The victory would be a boost for President Rodrigo Duterte, who remains hugely popular but has yet to make significant inroads towards delivering on his ambitious policy agenda

Overwhelming approval is expected for a plan that would grant executive, legislative and fiscal powers to a region hamstrung by decades of conflict that made it one of Asia’s poorest and most at risk of infiltration by radical groups.

‘It’s a historic chapter in our long, long journey towards our right to self-determination, it’s history in the making,’ Mohagher Iqbal, the MILF’s top peace negotiator, said.

‘Our hope is this will bring justice. Violent extremism won’t thrive if there are no longer grievances with the government, it will have no support if there is no legitimacy.

‘This will be a very, very important and hard won victory,’ he said. 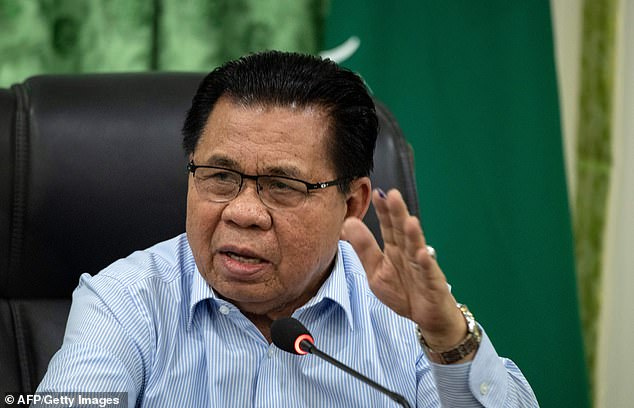 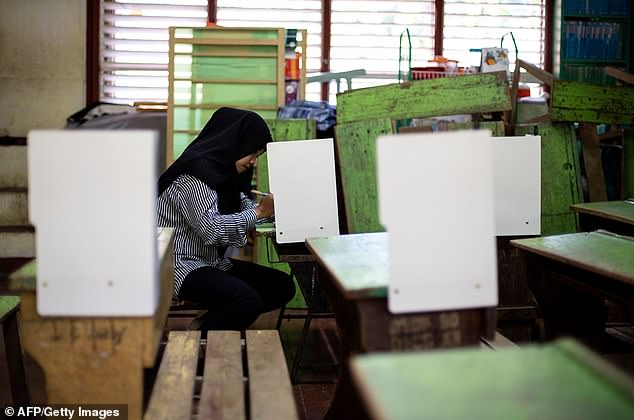 A victory would also be a boost for President Rodrigo Duterte, who remains hugely popular but has yet to make significant inroads towards delivering on his ambitious policy agenda.

Though the Bangsamoro plan was negotiated by his predecessors, Duterte, a mayor in Davao City in Mindanao for 22 years, was pivotal in ensuring it got Congressional support.

Duterte has urged voters to approve it and show they wanted peace, development and a local leadership that ‘truly represents and understands the needs of the Muslim people’.

The plan’s advocates say it would address what are the predominantly Catholic country’s lowest levels of employment, income, education and development, which experts say have been are exploited by pirates, kidnapping gangs and armed groups that have pledged allegiance to Islamic State.

The military took five months of ground offensives and devastating air strikes to defeat the militants.

The whole of Mindanao has since been under martial law.