Philippine President Rodrigo Duterte’s eldest son resigned from his local government post on Monday, citing allegations of links to drug smugglers which he denies and a bitter social media dispute with his own daughter.

Paolo Duterte told the city council of Davao, a southern port where he serves as vice-mayor, that he was resigning because of ‘recent unfortunate events in my life’, citing family problems and allegations of drug smuggling.

‘These among others, include the maligning of my reputation in the recent name-dropping incident in the Bureau of Customs smuggling case and the very public squabble with my daughter,’ he said.

Paolo Duterte told the city council of Davao, a southern port where he serves as vice-mayor, that he was resigning because of ‘recent unfortunate events in my life’

‘I take responsibility for all that has happened,’ the 42-year-old said in a statement later released to the press.

The president’s son made headlines last week when he used the official Facebook page of the Davao vice mayor’s office for an expletive-laced rant at his teenage daughter Isabelle, after she posted criticism of him on social media.

Her posts were not publicly available.

The vice mayor responded in a Facebook post – which was no longer publicly available on Monday – saying his daughter had ’embarrassed’ herself with her behaviour though he did not elaborate. 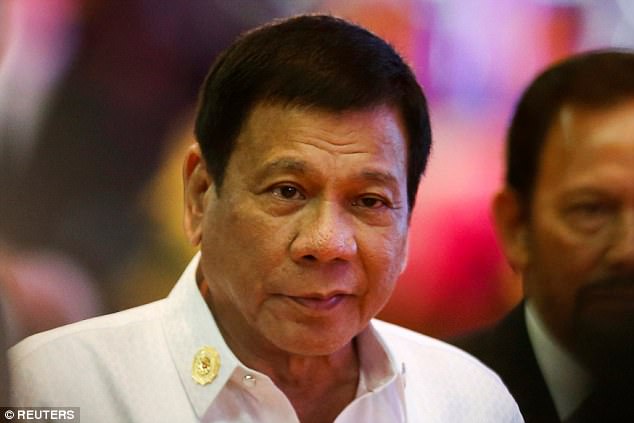 The son of Philippine President Rodrigo Duterte, pictured, resigned from his local government post on Monday

Isabelle was in the media spotlight earlier this month when photos of her posing in designer gowns at the presidential palace went viral on social media.

An opposition senator accused Paolo earlier this year of facilitating the smuggling of crystal methamphetamine worth 6.4 billion pesos ($125 million) into the Philippines from China.

He testified in the Senate in September to deny the drug allegations, in a country that has seen thousands killed in an anti-narcotics campaign launched by his father. 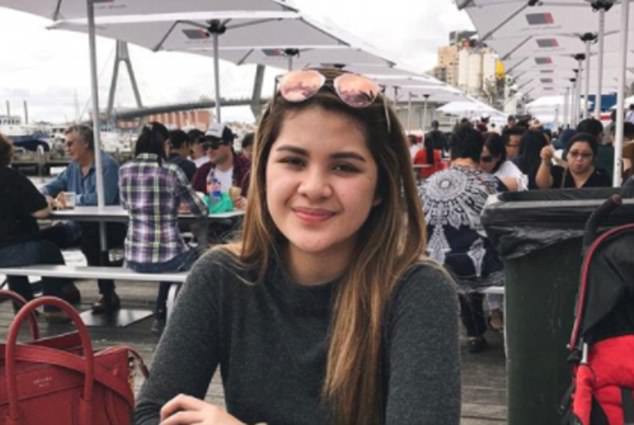 Paolo Duterte made headlines last week when he used an official Facebook page for an expletive-laced rant at his teenage daughter Isabelle, pictured

Harry Roque, the president’s spokesman, said Monday that Paolo’s resignation letter had been received but did not comment further as ‘the father wants to speak to the son first’.

Davao mayor Sara Duterte, the president’s daughter, said Monday she did not know if her brother’s resignation had been accepted.

The Duterte family has controlled Davao politics for more than two decades, with the president also having served as the city’s long-time mayor.