Photo of man trapped inside home by UPS package was FAKED

A viral photo supposedly showing a UPS package wedged under a door handle – trapping a customer in his apartment – was faked, sources claim.

Jessie Lawrence, a social media manager for Twitch Esports, took to Twitter on Sunday, claiming he had been accidentally imprisoned inside his own home and that he’s been forced to call maintenance to let him and his unnamed companions out.

‘Hey @UPS, your driver left this package under our door knob like this and trapped us in our apartment,’ Lawrence tweeted on Sunday, along with a photo showing the incredibly unfortunate package placement, adding it could have been a serious safety issue.

His message quickly caught the attention of social media, racking up hundreds of thousands of retweets and likes. But not everyone was as on board with the story, and many on Twitter and Instagram began questioning the validity of the photo.

Many asked how Lawrence was able to take a photo of the package blocking his apartment door when he was supposedly trapped inside. Others pointed out that he could have simply turned the handle up to open the door and escape if he’d really been trapped.

Now a source has claimed the photo appears to be nothing more than a publicity stunt.

Dumb delivery: A man named Jessie Lawrence has revealed he was trapped inside his own apartment after a UPS driver blocked his door handle with a package 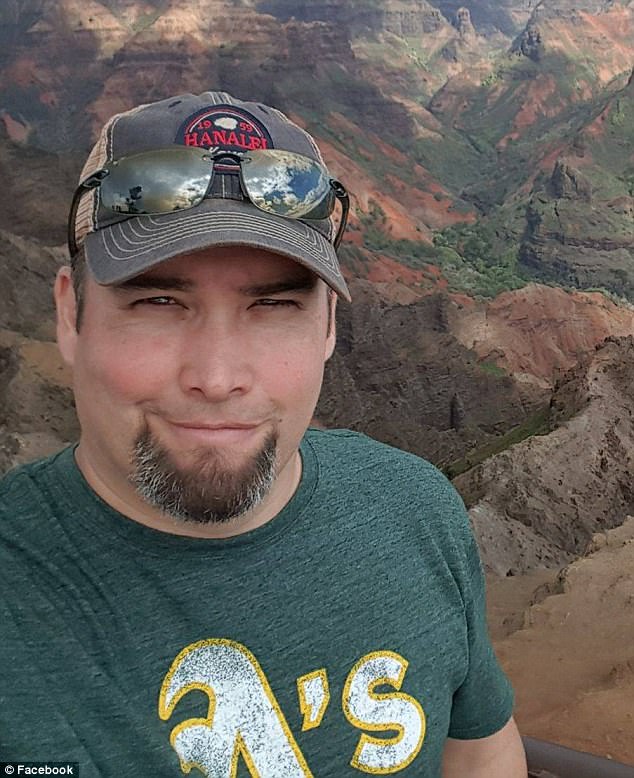 Can’t escape: Thanks to a maintenance man, Jessie was able to leave his apartment, but he pointed out that things would have been more serious if he’d to get out in an emergency

They told the DailyMail.com that Lawrence never even received a UPS package on the weekend he claimed.

UPS said they are unable to comment on individual customer’s cases.

But the firm’s delivery policy for multi-occupancy buildings – such as apartment buildings – reveals that packages should be left with the building’s manager, superintendent or dropped off by the main door.

Packages would never be left outside individual apartment entrances – particularly for an apartment on the third floor.

Interestingly, Lawrence, of Dublin, California, appears to have now deleted his original tweet and photo of the package ‘blocking his doorknob.’

Revenge plot: One user joked that the package placement was actually an evil neighbor’s trick 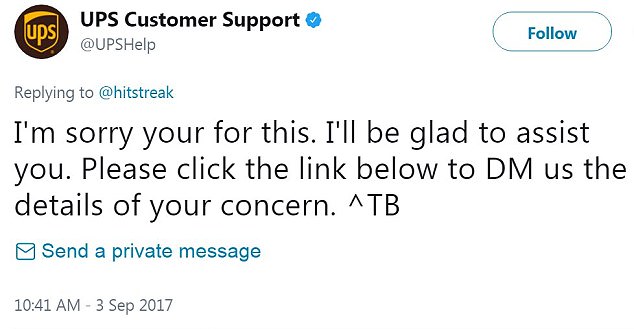 UPS upset: After the tweet gained tracked the delivery company reached out for assistance – although it appeared to be an automated tweet

He also refused to speak to the DailyMail.com when reached for comment.

But he did tweet about his post going viral, and wrote on Monday: ‘My mentions are wrecked right now from this UPS tweet but they’re going to be even worse a couple months from now.’

UPS had responded to his complaint on Twitter asking him to DM them with more information but it is unclear whether he ever did so.

His original tweet had gained instant traction on social media, with commenters theorizing how he opened the door and even took the photo.

Lawrence responded with a sarcastic, ‘I’m still trying to figure out how I took this photo, to be honest.’

Viral fire: The Dublin, California, man took to Twitter to share the delivery gaffe, where it quickly gained traction

Jokes on you: Another wrote that the box might have held a door stopper 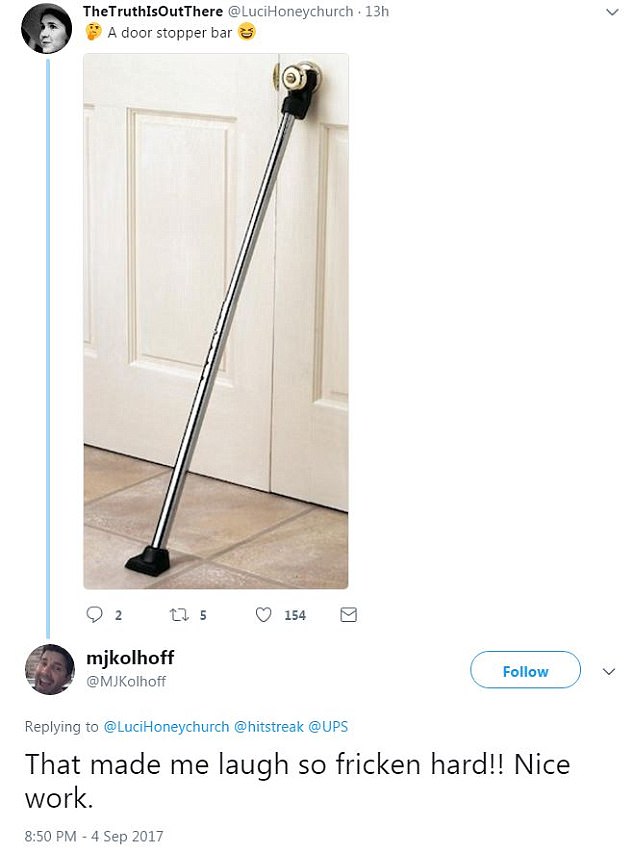 What if: Online jokers laughed that the a door stopper purchase was to blame for this entry jam 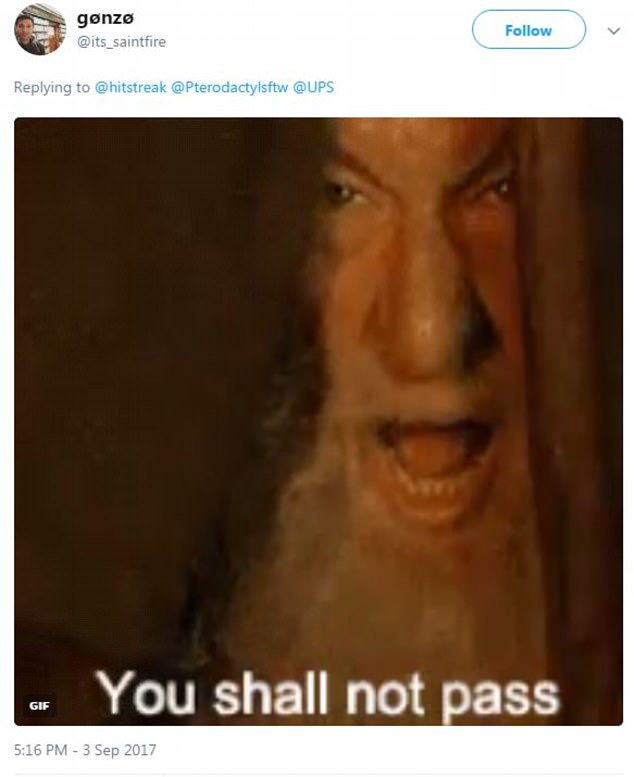 Gandalf gaffe: ‘You shall not pass’ was the message Twitter users and package sent to Jessie

Others theorized it could have been a friend or neighbor playing a prank, rather than a delivery man.

‘No way the driver did that, your neighbor did that,’ another user wrote.

While many others were simply happy to make light of the situation.

One man posted a meme featuring Gandalf of Lord of The Rings with his famed phrase ‘You shall not pass.’

Then Twitter began to joke that the package might have been a door stopper itself, which left some social media users in stitches.

‘That made me laugh so fricken hard!! Nice work.’