If a photo is worth a thousands words, this instantly iconic photograph of several former, and a current White House inhabitants, speaks volumes.

Paul Morse, a White House photographer under President George W. Bush, was invited to capture the final farewell to former first lady Barbara Bush this past Saturday in Houston.

Morse tells DailyMail.com about snapping the penultimate shot of America’s heads of states, and the interactions he witnessed beyond his lens as well.

The former presidents and their wives, along with First Lady Melania Trump who was attending on behalf of the First Family, appear to be at ease in the moment Morse captured perfectly.

Morse says he was relieved when he was able to see the photograph had captured the moment just so, after taking five frames in a small room, just before the services started at St. Martin’s Episcopal Church.

The group was in a room behind the chapel itself, where people would file past H.W., or 41, as he is often called, to greet him before the heading in to take their seats in the expansive chapel for the funeral service.

‘It wasn’t until after the service and the private service at the president’s library that I actually had time to look at the photo on my computer. The first thing that struck me was how natural everyone looked. Their smiles were authentic and everyone was very comfortable around each other which was remarkable. Everyone looked very happy to be together.’

He also said the group intuitively understood how much this photo would mean to George W., as he mourned his mother Barbara.

Moreover, the lone First Lady seemed comfortable with the past presidential couples, despite her husband’s contentious campaign against Hillary Clinton, as well as comments he has made against, well, just about everyone else in the photo. 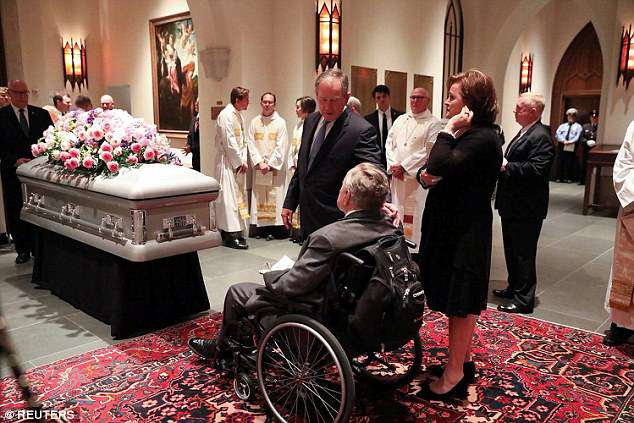 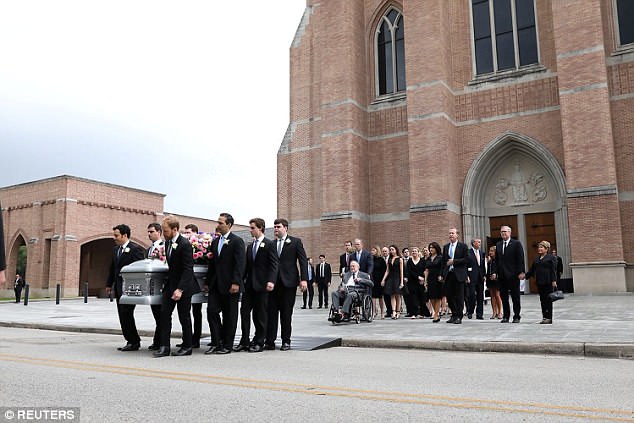 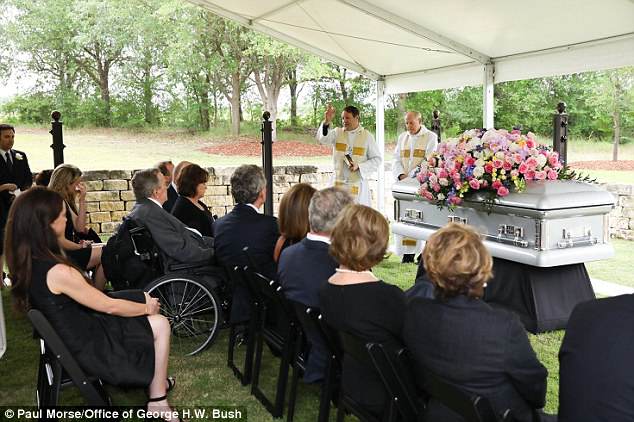 Barbara Bush’s casket, surrounded by her close family, just before she is laid to rest, in this image by Paul Morse

Morse said that while his goal was to photograph former President George H.W. Bush along with attendees paying respects to his beloved wife, he was also keenly aware of other interactions transpiring around him.

The photographer noted the intimate conversation Melania was having with Michelle off camera.

‘I could see in the distance her chatting with Michelle Obama and they were having a friendly conversation it seemed though I couldn’t hear what they were talking about. They seemed at ease with each other as you can see in the photo.’ 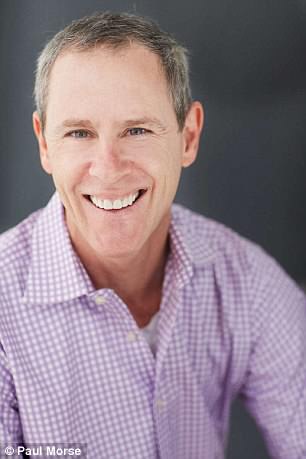 Melania seemed most comfortable with the Obamas. She was seated next to them later during services, she was spotted chatting up Barack, as well as the conversations she had with Michelle that were not pictured, and how the women linked arm in arm in Morse’s photo.

Morse explains these familial exchanges: ‘Both have the experience of raising their children in the White House. All the former Presidents have so this might explain why they all looked so comfortable together. No matter the politics they raised their children in a rare environment.’

While President Trump was not in attendance, Morse says Melania brought her own distinguished, and very welcomed guests.

‘Melania bought two of the former White House residence staff who worked for 41, 43, 44 and 45 to the reception. They received warm and jovial greetings from Barbara Bush and Jenna Hager Bush who they have know since they were little girls visiting their Grandfather at the White House. Also President Clinton and Hillary Clinton gave them big hugs.’

The rare glimpses Morse offers into a day that included the people from the most exclusive and powerful club in America, are made more intriguing when he is asked about what he says he did not see.

While the former presidents and wives were in a small room off of the main chapel, he says he did not see Melania interacting with the Clintons.

‘I didn’t see any interaction between Hillary and Melania,’ Morse said, although he adds he can not comment on what he did not see.

And, he also did not notice the Obamas and Clintons interact either, although he did have his task at hand, which had less to do with the other leaders. Unlikely friendship: In the photos from Barbara Bush’s funeral, it appeared Melania’s closest ties were with the Obamas, often near her side 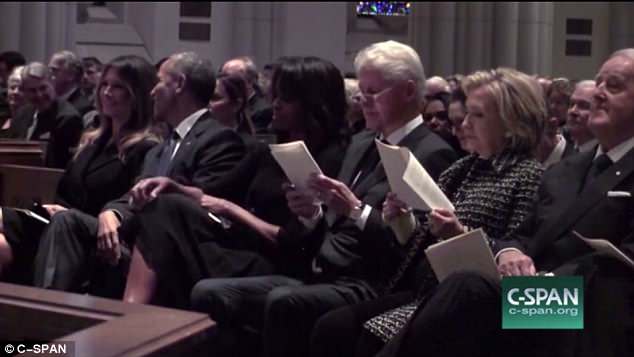 ‘Honestly I didn’t see President Obama and President Clinton interact because I was focusing my attention on people coming up to 41. I saw each arrive out of the corner of my eye but stayed close in anticipation of them greeting 41. They both greeted him separately with President Clinton talking to him twice. President Clinton and 41 developed a close friendship years after Clinton’s term.’

While the occasion was a somber one, Morse said the services had a more celebratory tone.

‘The mood at the reception was more upbeat and celebratory than I expected. While guests offered their condolences to 41 they were also very happy to see him.’

‘A few days prior, President Bush 43 said he was at peace with his mom’s passing. It wasn’t a very down environment. People were more there to pay respects to 41 and to celebrate Barbara Bush’s life than to mourn. She had a life well-lived and it was a time to celebrate that.’