Stunning pictures have emerged of a secret Tasmanian lake that only fills with water when the weather conditions are just right.

A 12km walking track on Mount Wellington, west of Hobart, leads to the Disappearing Tarn, which is empty on most occasions.

However, when the rainfall is right – as it has been this past week – the lake fills with crystal-clear blue water and creates a mesmerising sight for locals and hikers.

The legendary Disappearing Tarn (pictured), hidden away near Mount Wellington in Tasmania, has been refilled by recent rain and snowfall 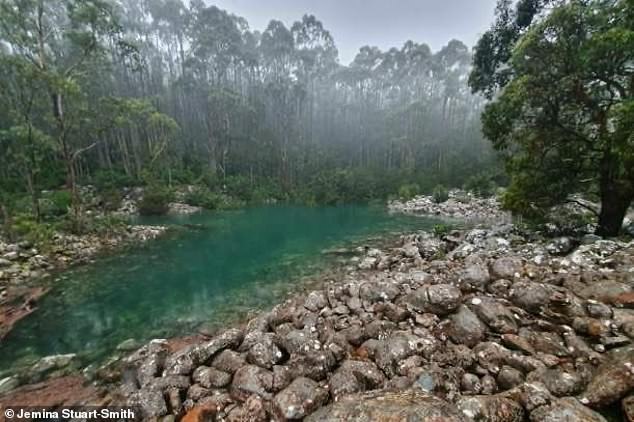 Tasmanian woman Jemina Stuart-Smith came across the refilled lake, which she described as a ‘sublime’ sight.

‘We spotted the deep blue colour as soon as we were there,’ she told Daily Mail Australia.

‘It’s a really pretty spot. It’s really beautiful (and) the photos never do this sort of thing justice.’

She said the waterhole had become a popular destination among other hikers but it had also proven to be elusive.

‘It’s a bit of a favourite with local Tasmanian bushwalkers and photographers, but it’s rarely there and can be hard to predict,’ she said.

‘I always keep an eye on the rainfall, it only seems to happen once every couple of years after heavy rainfall and doesn’t last long, a few days at most.’

A number of people were left stunned by the beauty of the tarn after the pictures were posted online.

‘That is so lovely the colours are amazing … just beautiful,’ one Facebook user wrote. 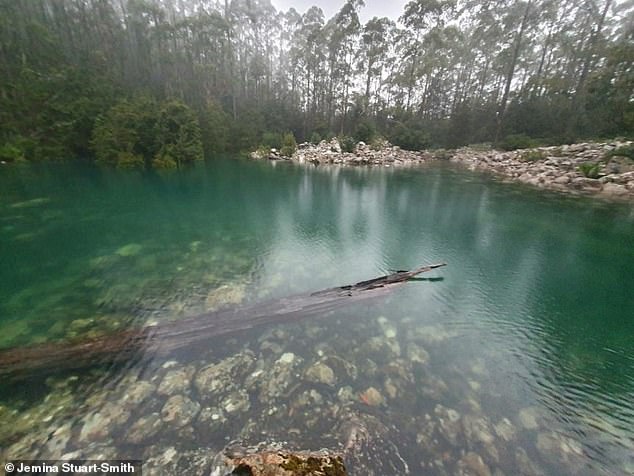 The lake contains a large scree of dolerite boulders, which also help to create the spectacular water colour 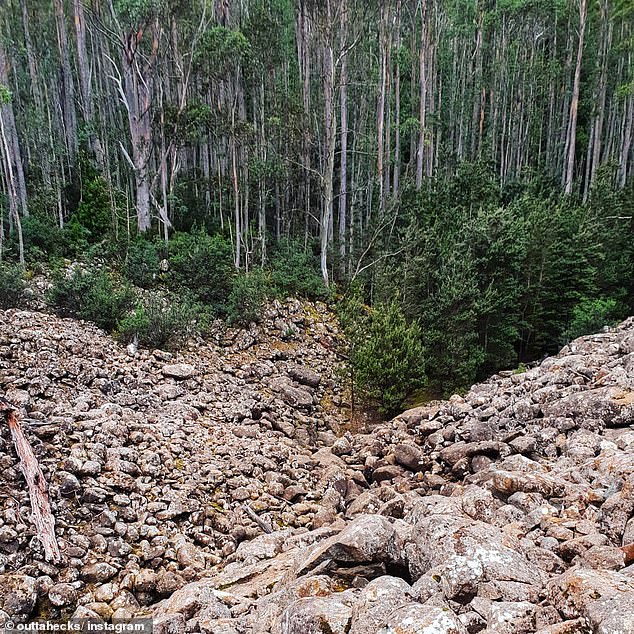 It’s believed a combination of heavy snow and heavy rain creates the perfect conditions to fill up the Disappearing Tarn a couple of times each year, otherwise it remains empty (pictured)

‘How special is this!’ a third replied.

The lake contains a large scree of dolerite boulders which also helps to create the spectacular water colour.

It’s believed a combination of heavy snow and heavy rain create the perfect conditions to fill up the Disappearing Tarn a couple of times each year.

According to the Bureau of Meteorology more than 200mm of rain had inundated the mountain over the past three days.

While the exact location of the lake is only known to avid hikers, the Tasmania Facebook page says the waterhole is located in an area of the mountain known as the ‘Potato Fields’. 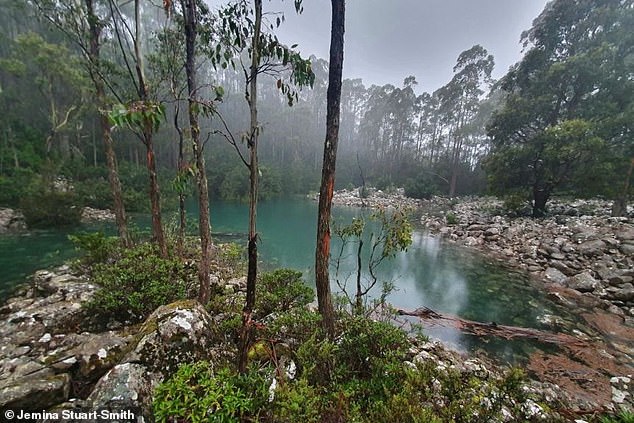 Only avid hikers know the exact location of the stunning feature